Varsity girls volleyball gets their first win of the season

The Blazers take all three sets from the Kennedy Cavaliers

The varsity girls' volleyball team won against the Kennedy Cavaliers with set scores of 25-10, 25-18 and 25-14. The team displayed effective communication despite it being the start of the season and were able to pull off an impressive amount of maneuvers to make up for their small mistakes.

The first set started with the ball in Kennedy's possession. However, Kennedy struggled to hold onto that advantage, and soon, the Blazers took possession. With proficient serves from the Blazers, such as senior captain Catherine Rodriguez, and a weak defense from Kennedy, the set ended with a score of 25-10. 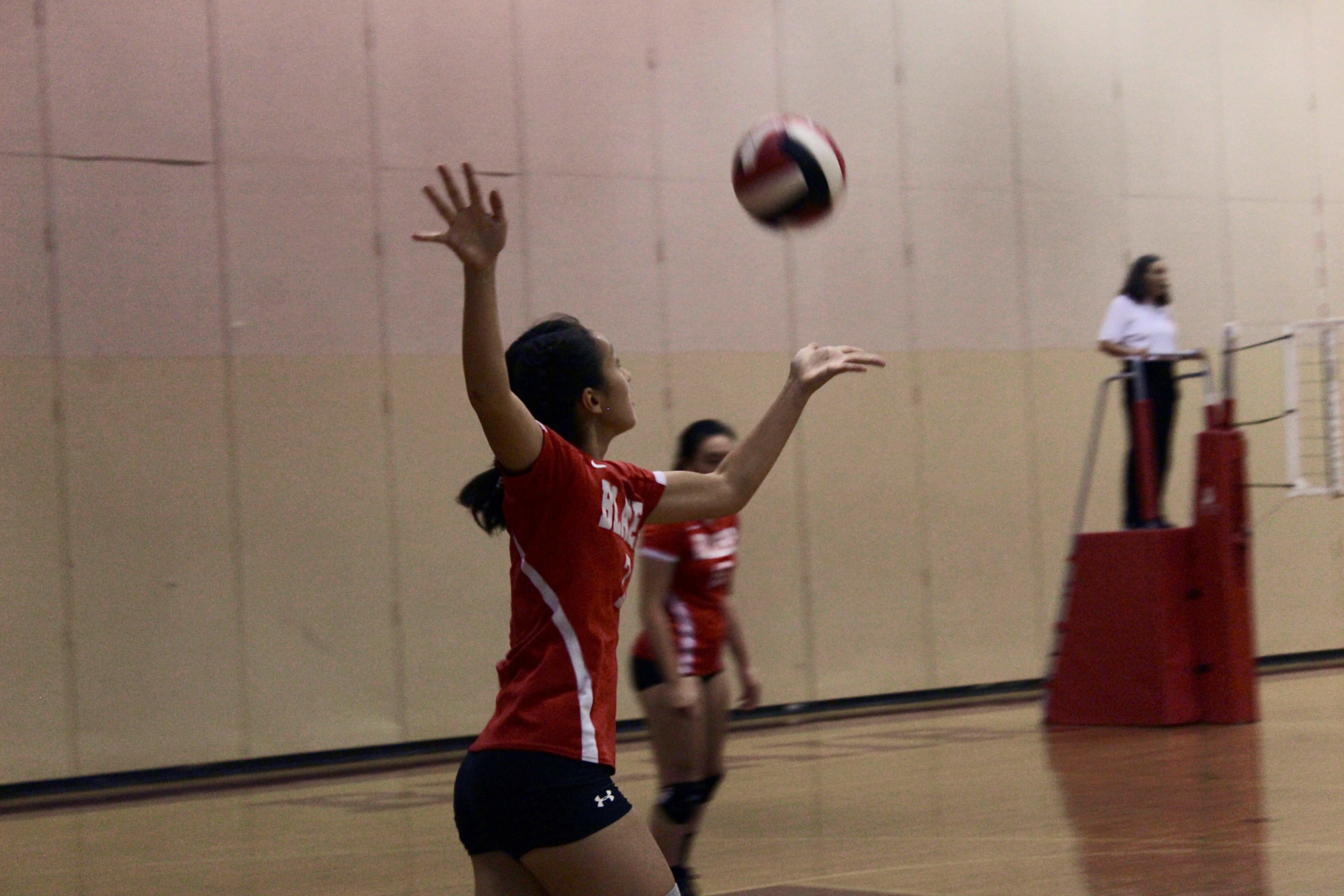 The Blazers had a rough start at the beginning of the second set as the Cavaliers began to catch up to them in the first third of the set. However, Kennedy got docked for a double hit, and with the ball back in the Blazers' possession, the Cavaliers failed to gain any more momentum in the set. In addition, the Blazers also executed a few synchronized attacks. "We practiced a lot of offensive plays… so we ran a lot of new things such as threes and back lunges," Rodriguez explained. In addition, the Blazers used a significant number of decoys. The Cavaliers were a bit unorganized and typically left blind spots in their defense, which allowed junior Olivia Freer to spear Kennedy's team with powerful spikes. While Kennedy did have a couple strong blocks, in the end, the set was over with a score of 25-18.

The last set was played with high spirits, as the Blazers had already won two sets. The volleyball team had a strong start to the last set and kept possession of the ball for a while until a serve went out of bounds. However, this did not do much to affect the final score of the set as the Cavaliers kept receiving penalties for double hits and out-of-bound shots. In addition, Kennedy's defense became increasingly sparse, as there were whole sections of the floor with no cover at some points. At the end of the match, Blair won all three sets, finishing off with a score of 25-14 in the last set.

Although the outstanding win was uplifting after the loss of the Blazers' first game, coach Chris Liang still has a lot for the team to work on. The team did not get the chance to practice defensive maneuvers, as the Cavaliers' offense was a bit weak. Liang hopes the team can work on that skill, as it would be a major asset in the future. "We got the tallest team in the county, so the best way to stop strong offense is to have strong defense," Liang said.