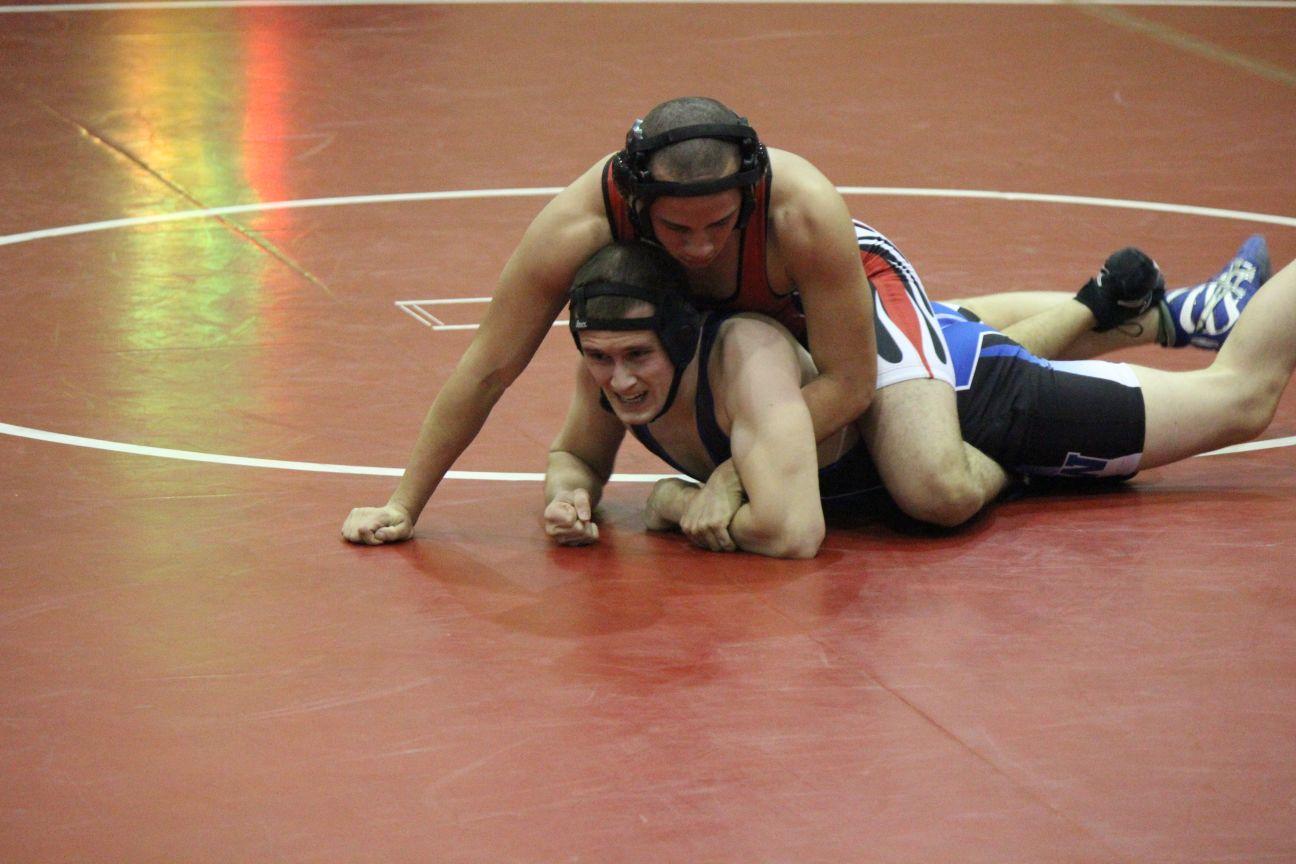 Photo: Senior Edwin Salvador has the advantage against an opponent.

Photo: Senior Edwin Salvador has the advantage against an opponent.

Blair's varsity wrestling team defeated Sherwood 46-24 in its best match of the season on Wednesday night.

The Blazers got the win in an exciting series of matches. Senior co-captain Chris Wells was the first to pin his opponent, while freshman Keenthy Yeboah then went head-to-head with his opponent in one of the more intense match-ups. Neither wrestler was pinned, but Yeboah demonstrated his skill in several takedowns, a reversal, and four back points.

The most rousing moment of the night came when Senior David Chow pinned his opponent in just eleven seconds. Chow, who had been out earlier in the season due to an ankle injury, was not scheduled to wrestle in the match. "Coach let me wrestle,” he said. "He trusted me to win and I won.” Senior co-captain Billy Saturno was impressed with Chow's investment. "[Chow] stepped up and basically won the match for us,” he said.

Saturno, Sophomore Oumarow Bitang, and Junior Modu Send all pinned their opponents, contributing to the Blair victory. Bitang used a western hook to pin a Sherwood wrestler in under fifty seconds. 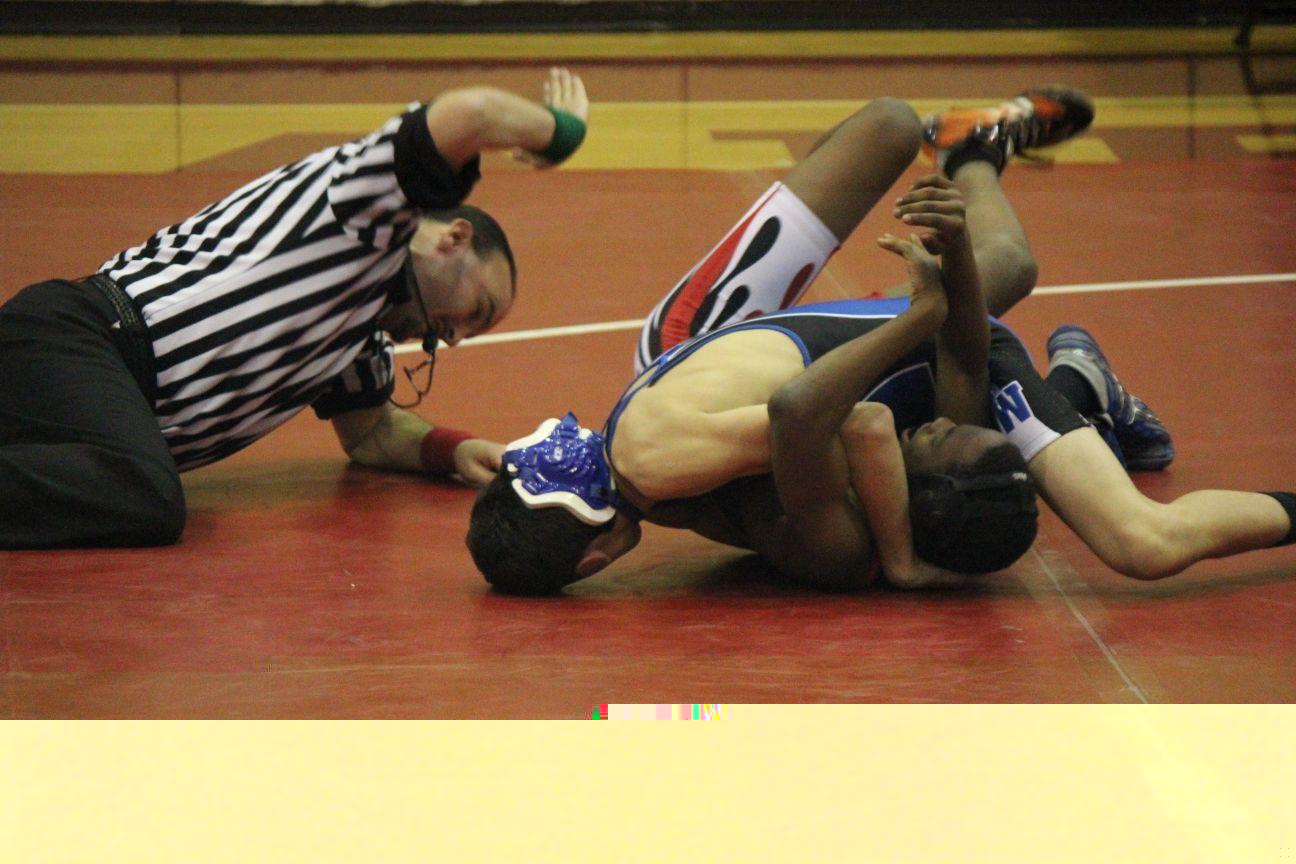 Saturno explained that wins like these don't come easily. "Generally we have a really tough schedule,” he said. "I'm really proud that the guys have stuck it out and we're showing a lot of promise.” Coach Jacob Scott was also impressed by his team's performance, specifically with several JV Blazers that wrestled for Varsity in the match. "I think the guys wrestled very hard. There were a few disappointments but they've been wrestling with heart,” he said.

After the team's successful night, Wells felt confident about the remainder of the year. "This team really rides on momentum and emotion, and with a great win today I think we will ride the momentum for the rest of the season,” he said.

The team agreed with Wells that their momentum will keep them working hard. "We have really good captains, so I know they'll push us to our full potential,” Chow said. "With some people getting healthy again and coming back, I think it should be a good season.”

The varsity wrestling team will host its next match against Paint Branch on Wednesday, Jan. 25 at 6 p.m.