Formation of clouds during various sunrises and sunsets.

Our journey begins on Blair's roof. It's 6 o'clock in the morning, an hour before everyone begins to arrive to school, and Mr. Fanning and I are already braving the bitter wind from our rooftop perch. Despite the uncertainty of cloud coverage, we walk across the roof to our spot above the cafeteria to set up my tripod. After about 10 minutes, the camera is set, pointed towards the sky and automatically begins taking pictures. There it will stay, capturing the morning's cloud movement in still frames at five second intervals for the next two hours while I'm in class. 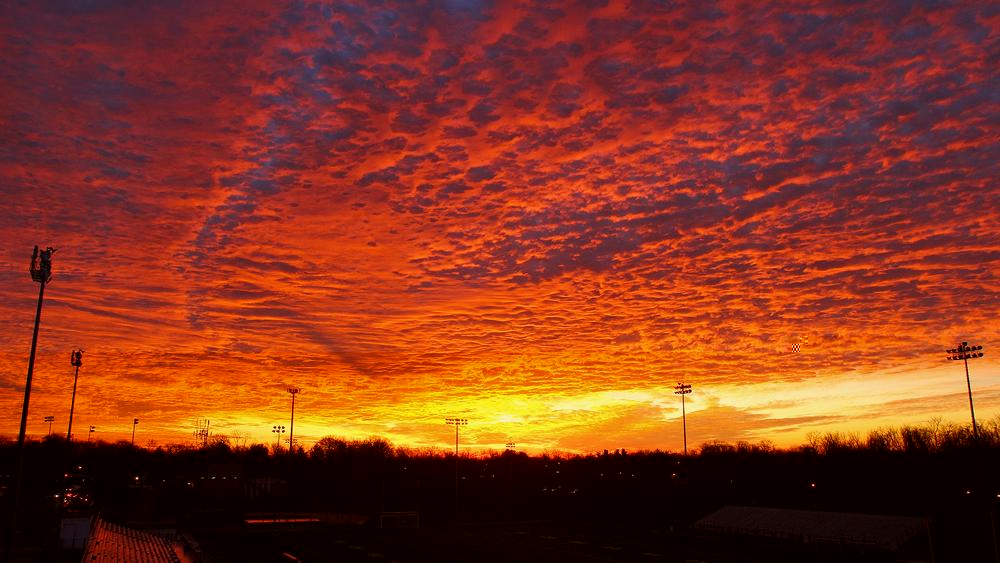 Photo: With images from almost 45 sunrise, sunset, and cloudscape scenes, this time lapse shows some of the best image sequences over a 3 month period.

Photo: With images from almost 45 sunrise, sunset, and cloudscape scenes, this time lapse shows some of the best image sequences over a 3 month period.  Photo courtesy of Tolu Omokehinde.

For almost three months, I have been roaming around Blair, snapping still frames. I have been everywhere from the auditorium roof to the back corners of the library, taking pictures. In just under three months, I have taken more photos than ever before. Although my camera's shutter is nearing its breaking point, I continue to make timelapses. With many more to go, this is still just the beginning. 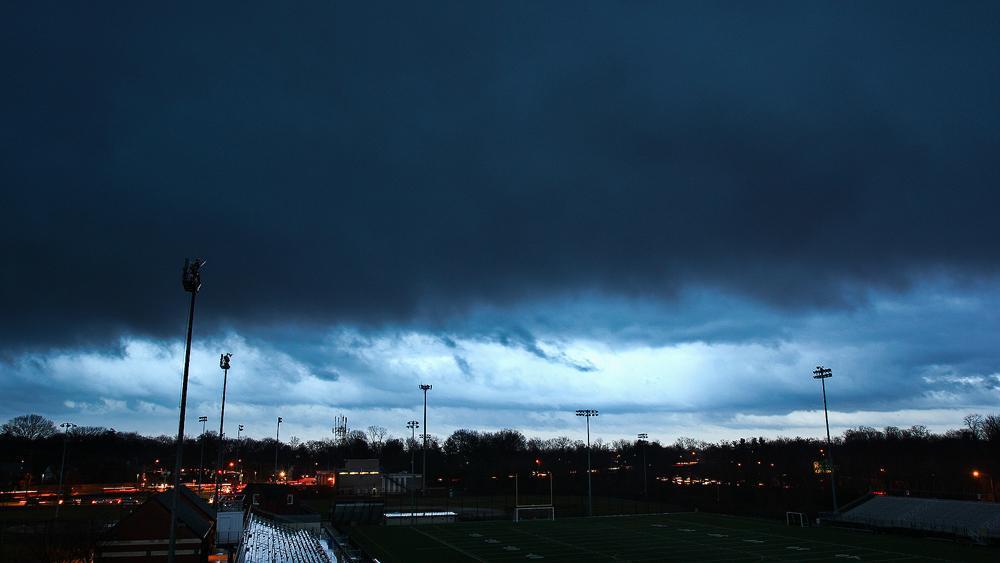 Photo: One of the many still frames from the time lapse video.

Photo: One of the many still frames from the time lapse video.  Photo courtesy of Tolu Omokehinde.

To provide some perspective, this particular timelapse is comprised of image sequences from 20 sunrises, 15 cloudscapes and four sunsets. This is enough footage to make a 45 minute TV show. (For you math people out there, that's about 81,000 photos) This video is composed of over 4,000 frames equivalent to almost six to eight hours of footage. I spent around two weeks processing these photos and acquiring music licenses to produce this video.

I would like to thank Mr. Yak for granting me full access to Blair's roof, Mr. Fanning for supervising while I setup my camera, and Silver Chips (both Print and Online) for supporting and encouraging me as I continue to photograph on its behalf.

I hope you enjoy the video!

P.S - Due to the strange nature of Adobe After Effects, it appears to have failed in rendering an extra 'o' in the title sequence. Not sure why this happened, the source file render's the 'o' but not After Effects.