The prevalence of domestic and sexual violence cannot be ignored. According to the National Coalition against Domestic Violence (NCADV), one in six women experience an attempted or completed rape in their lifetime and 1.3 million women are victims of physical assault by an intimate partner each year. These unfortunate statistics highlight the necessity of greater governmental action to address the severity of the issue. But a new piece of legislation provides a landmark step towards the right direction. 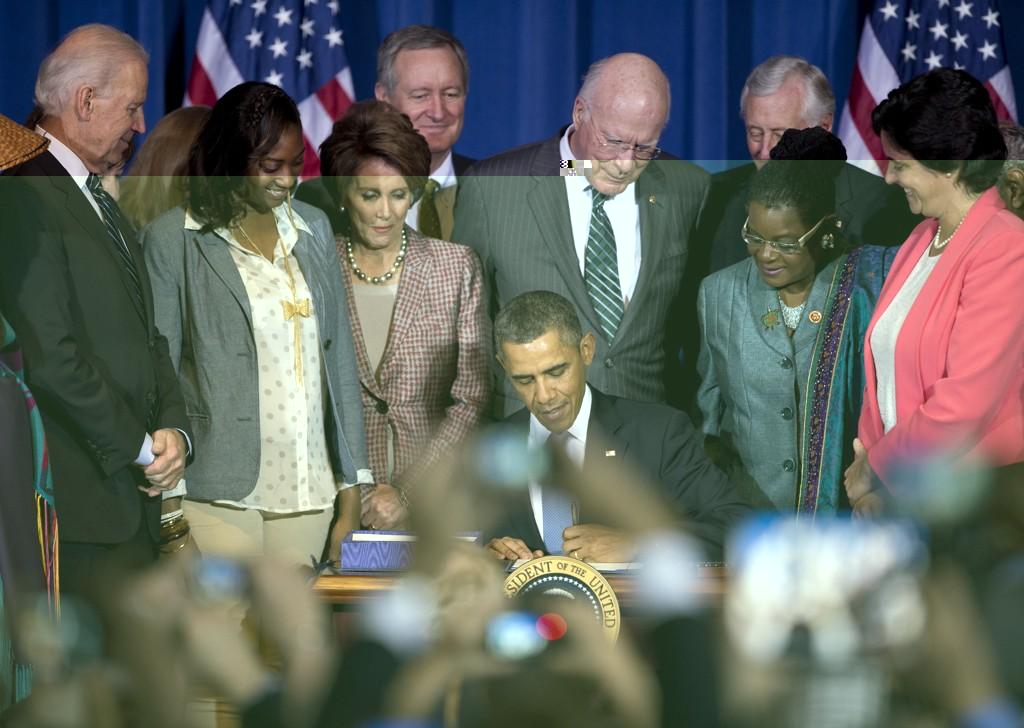 Photo: Obama signed the VAWA into law on March 7.

Photo: Obama signed the VAWA into law on March 7.

On March 7, President Barack Obama signed into law a reauthorization of the Violence Against Women Act (VAWA). First enacted in 1994, the legislation created programs and provided funding to improve the justice system's response to domestic violence and sexual assault cases and increased resources for victims of such crimes. The reauthorized version not only further improves law enforcement and renews previous successful programs but also expands protective services to include people of all sexual orientations and citizen statuses, pointing to what is perhaps a new chapter in our national history: one of increasing tolerance and effective federal efforts to provide equal protection.

The new VAWA reauthorizes and strengthens previous measures that address inadequate reporting and enforcement of laws against violent crime. According to the NCADV, only 20 percent of the victims of intimate partner violence receive civil protection orders each year, and the New York Times stated that the Los Angeles police department's backlog alone contains 7000 rape kits, meaning that DNA evidence potentially convicting thousands of rapists has not yet been investigated. In order to increase the likelihood that assaulters are convicted, the VAWA Reauthorization provides funding for Sexual Assault Nurse Examiners, data collection systems, and the reduction of rape kit backlogs. Additionally, the act requires that forensic rape exams are made free to victims and that the prosecution in domestic and sexual violence cases is not charged any fees, ensuring that a lack of money is not a barrier to achieving justice.

The 2013 VAWA also renews many of the effective programs from previous versions of the legislation. One service for victims previously established includes the National Domestic Violence Hotline, which responds to urgent calls for help and receives over 22,000 every month. Another program is the Services-Training-Officers-Prosecutors Violence Against Women Grant Program, which encourages multidisciplinary approaches to curb domestic and sexual violence. The passage of state laws that take violence against women more seriously points to the success of these efforts, suggesting that their renewal will lead to further gains. For example, according to a White House factsheet, all states have now "reformed laws that previously treated date or spousal rape as a lesser crime than stranger rape" and "passed laws making stalking a crime" since the passage of the VAWA.

But most remarkable are the new groups that the reauthorization includes. In a landmark decision, the 2013 version expands protective services to "underserved" groups, which enables service providers to meet LGBTQ victims' unique needs, and prohibits discrimination by service providers due to gender identity or sexual orientation, allowing LGBTQ victims equal access to services.

This move marks a significant departure from past practices. Although 44 percent of lesbian women and 26 percent of gay men have been raped, rates that are either the same or higher than those of heterosexual people, the National Task Force to End Sexual and Domestic Violence Against Women reports that "more than 61% of LGBTQ survivors are turned away from domestic violence shelter." Also, in a 2010 study, "94% of victim services and law enforcement agencies said that they did not have specific services for LGBTQ victims." By addressing such discrimination and inadequate services, the new VAWA will lead to far less suffering.

Other groups of people benefit from the new bill as well. The government added several critical protections for immigrant victims. The act strengthens the International Marriage Broker Regulation Act (IMBRA), which requires background checks for marriage visa sponsors. The IMBRA will now disclose any violent criminal histories of sponsoring US spouses, potentially keeping foreigner spouses from entering abusive marriages. Additionally, the VAWA reauthorization improves U visa guidelines so that the visa for immigrant victims of violent crimes now covers stalking and children of victims can still receive immigration benefits if they turn 21 before the final settlement, keeping immigrant families together.

Violence against women is an all-too-prevalent issue to this day. The new VAWA ensures that not only will the groups benefited under previous programs and funding continue to be supported, but also extends this support to underserved groups that deserve the same amount of help and justice. Sen. Patrick Leahy (D-VT), lead author of the Senate VAWA bill, expressed his happiness at its passage by stating: "A victim is a victim… and a violence is a violence." While domestic violence and sexual assault will likely continue to be major issues for years to come, it is about time the government began treating violence against women as a serious problem and working to alleviate the suffering of all Americans.