In 2007, the worst single man massacre in U.S history occurred at the Virginia Tech campus in Blacksburg, Va. The shooting, which killed 32 people and injured two dozen others, sparked fear throughout the campus and the country about safety on college campuses. When a student shot down a police officer on Thursday, many feared that a repeat of the 2007 incident had hit the campus.

It was only logical for the students and staff at Virginia Tech to fear the worst on Thursday during their four-hour long lockdown. For a few hours, it was believed that the shooter had killed two people and was on the loose. 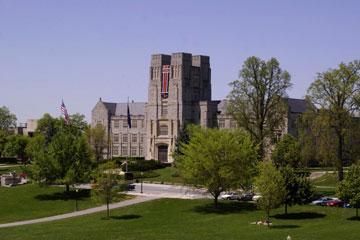 Photo: Even though there was another murder last Friday, Virginia Tech shouldn't be associated solely with killings.

Photo: Even though there was another murder last Friday, Virginia Tech shouldn't be associated solely with killings.

In reality, the gunman had fatally shot a police officer and then shot himself. The gunman, who was a student at nearby Radford University, had stolen a car and driven it to the Virginia Tech campus. There was no apparent motive of the shooting and it didn't appear to be connected to Virginia Tech in any way other than that the policeman was working on the campus.

Many people immediately associate Virginia Tech with the 2007 shooting that rocked the campus. . But this second shooting will now, unfortunately, damage the school's reputation in some people's minds. This second shooting should not cause Virginia Tech to fall from grace and become known for such terrible events, because although it was tragic, it was nowhere near the massacre that occurred four years ago.

During the first shooting, the school wasn't sure how to react at first and people weren't entirely sure of what the security procedures were; many people were unaware of that there was even a shooter on campus while they were attending classes. But because of all the issues with the old system, the school developed a new one and they were more prepared on Thursday when they thought another shooting was happening. Even though it didn't turn out to be any extreme danger, the incident on Thursday did test the school's security procedures and showed that the new security measures were helpful in alerting students and locking down the campus in a timely fashion.

Instead of remembering Virginia Tech for the shootings and killings that took place there, the school should be associated with its research and development, its prominent athletics and the sense of community that was proudly displayed when the school came together both in 2007 and last week.