Volunteers participate in a campus cleanup

On Tuesday, Nov. 11, National Honor Society (NHS) students volunteered after school to clean up trash on the grounds of the Montgomery Blair campus. A total of 54 students attended the cleanup, according to NHS public relations officer Flora Li. 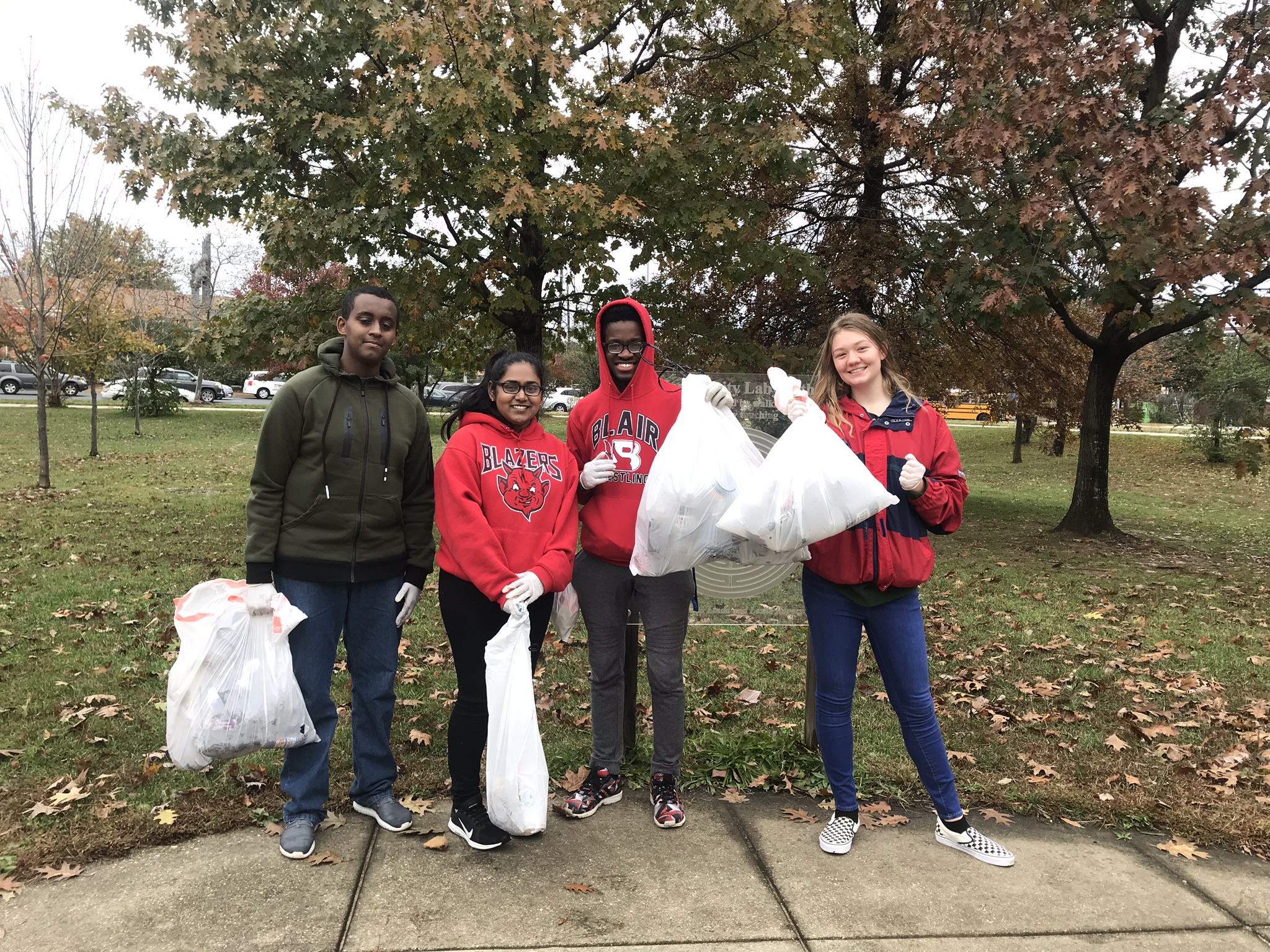 Students broke up into groups and removed trash from the parking lots, the stadium, the fields and Four Corners from 1:00 p.m. to 4:00 p.m. "The goal of NHS is to help the Blair community, and that's what we did," NHS president Niles Egan said.

Since Blair has such a large campus, trash tends to accumulate in areas like the parking lot or the sidewalks around the school. "We see trash around, but often times, people don't do anything about it because they don't think," volunteer Catherine Rodriguez said.