In 2019, Volvo will become the first major car company to completely commit to battery powered and hybrid vehicles, a decision that is a landmark in automobile history.

Volvo's announcement isn't just a courageous pledge or goal. The company has signed a legally-binding carbon contract with various manufacturing organizations to ensure that the switch from the historic internal combustion engine is completed by 2019.

By completely converting to hybrid and electric cars, Volvo plans to dramatically reduce its carbon footprint across the world. According to the Environmental Protection Agency (EPA), cars make up 31% of America's annual carbon dioxide emissions. If other companies follow Volvo's example, the amount of carbon emissions will greatly decrease, contributing to a clean and safe future for generations to come. 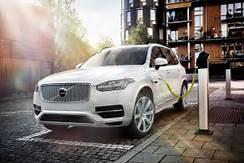 Despite the overwhelming amount of evidence, many prominent politicians and elected officials are convinced that global warming is a hoax and refuse to do what is necessary to protect our planet. This has increased the importance of voluntary initiatives by corporations to play a leadership role in moving the US toward clean energy practices and policies. However, many of these companies refuse to change, blinded by short term benefits and ignoring long term consequences. Volvo's decision is an excellent example of a private corporation protecting the environment when the government fails to do so. By recognizing the threat of global warming and acting to prevent the continuation of air pollution, Volvo is taking an important step toward protecting the planet and all of its inhabitants.

On a domestic and global scale the switch to hybrid and electric cars is not only environmentally beneficial, but also economically beneficial. Hybrid and electric cars have been a consistently stable and growing market ever since the earlier 2000's. The prices for environmentally friendly vehicles are gradually declining as the technology required for electric cars becomes cheaper to manufacture. Currently, you can purchase a Mitsubishi, SmartCar, and Nissan Leaf for under $30,000. Electric sports cars offered by Tesla, BMW, and Mercedes cost close to $60,000 and make a great choice for buyers who desire a more luxurious vehicle that is environmentally conscious.

The design of hybrid and electric engines are also more proficient than the gas internal combustion engine. According toDepartment of Energy, electric cars run 88% more efficiently than the average vehicle that runs on fossil fuels. This is because gas cars lose close a third of their net energy output due to the heating process within the engine. Electric cars however, are able to store this energy, making them run more smoothly and for longer periods of time.

While there are plenty of tangible benefits behind Volvo's decision, President Hakan Samuelsson explains that the primary motive behind the change to electrification was consumer demand. In a press conference he said, "This is about the customer. People increasingly demand electric cars, and we want to respond to our customers' current and future needs. This announcement marks the end of the solely combustion engine-powered car.” This increase in demand highlights the growth of this relatively new market. Though there are objective upsides to stopping the usage of solely gas dependent vehicles, the driving force behind this sudden change in engine is the demand from consumers.

Samuelsson's bold commitment is one that will hopefully reshape the automobile industry and encourage other companies to follow suit. Volvo's decision will spearhead the movement toward clean energy and will hopefully be a benchmark to the restoration of the environment. In order to secure a future for generations to come, corporations around the world must make the imperative switch to clean energy. In a time where the US government is failing to protect the Earth, Volvo has stepped up as a leader in the environmental community and hopefully will inspire other organizations to follow in their footsteps.