The day I had been looking forward to for over a year finally came on Tuesday - the day I would finally have an impact and make a difference. The day I would vote. Walking up to Pine Crest Elementary School to cast my vote, I thought about all of the friends I hope to represent - frustrated friends who had missed the voting cutoff by a single week, day and even hour. I also hoped that my involvement would not only stand for the views of the 53 percent of voters ages 18-24 that didn't vote in the 2004 election, according to PBS, but to also decrease this percentage for the 2008 election. 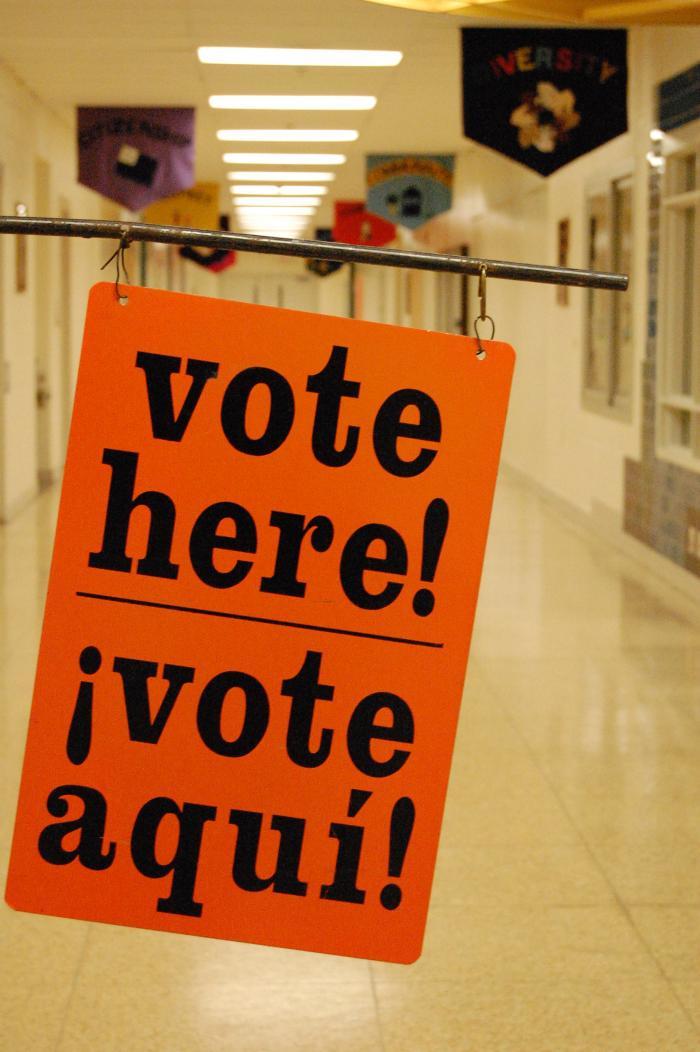 Photo: A bright sign guided voters in the right direction.

Photo: A bright sign guided voters in the right direction.

Popping in my voting card, which felt like my golden ticket to adulthood and civic duty, the ballot appears. I touched the desired box. Taking a mental picture before moving on, I was suddenly interrupted by a Nelly Furtado "Maneater" ring tone. Glancing behind me, I see another girl about my age donning Towson sweatpants. At first I was comforted to have another young voter in the room to sway the twinkling, congratulatory "oh look, another baby all grown up and voting" eyes that followed me to my booth. However, I was soon embarrassed as she loudly explained on the phone that she doesn't know any of the names on the ballot other than the presidential candidates. She had no idea what to do next.

My mind flashed back to the 53% of young voters who choose not to vote. Although I applauded this young woman for taking time out of her day and completing her civic duty, is she really doing a service to this country if her votes are uninformed? With each registered voter receiving a "practice" ballot more than a week before Nov. 4, I thought it was standard behavior to at least determine who and what I was voting for before freezing up behind the curtain.

Towson girl ended up not voting.

Hitting the submit button and proudly grabbing my "I voted" sticker, I realize the beautiful and horrific thing about American rights: each vote is weighed equally. Walking out of the building, I think back to all of the pro-voting campaigns that were scattered throughout the media in past months. Although I applaud this effort to boost youth voter percentages, it is one thing to go and vote and another to know what and who you're voting for.

It's a privilege to even have the right to vote. We as Americans, and especially young or first-time voters, struggle to acknowledge this freedom and its immense impact on our nation. Especially at such a crucial political and economic crisis our nation is in, each eligible voter has the responsibility to conduct proper research to guide votes that will help lead this nation. No busy schedule and disinterest in politics can ever compensate or justify the conscious choice not to be a knowledgeable voter.