Thanksgiving, one of the few non-religious holidays celebrated by Americans, seems to have fallen prey to this country's obsession with materialism. An increasing number of retailers announced plans to open their doors on Thanksgiving to extend Black Friday sales. Though the number of stores opening on Thanksgiving has been increasing for years, this year, many stores actually opened during dinner hours, pulling employees away from their loved ones and holiday meals. Best Buy opened at 5 pm on Thanksgiving Day, along with Toys R Us and several other stores. Meanwhile, popular retailers such as Target, Kohl's, Macy's and Sears opened at 6 pm. In opening on Thanksgiving, well-known retailers are ruining the very spirit of the holiday and adding to the ever-increasing materialistic attitudes that surround Thanksgiving, thanks to Black Friday. 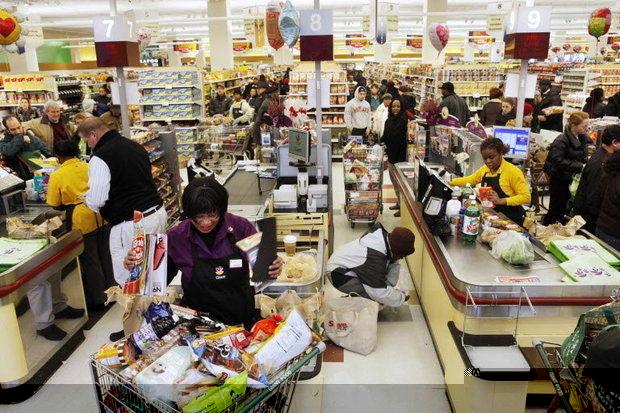 Photo: Many retailers opened their doors to the Thanksgiving rush this year.

Photo: Many retailers opened their doors to the Thanksgiving rush this year.

Black Friday has always drawn huge crowds and made huge sales, and it is therefore unnecessary to extend the practice to Thanksgiving as well. The national retail federation predicted that over 95 million consumers went shopping on Black Friday this year. Additionally, it's possible that stores open on Thanksgiving didn't receive any additional profits by making the same sales they might have made during Black Friday. Even if there will be people who make shopping on Thanksgiving Day a priority, is it worth sacrificing the family values and attitude of generosity and gratitude at the core of one of the most widely celebrated holidays in America?

Thankfully, a large number of department stores and retailers decided to stay closed for the entirety of Thanksgiving, as they should be. Costco, a large and popular American retailer with a well-known reputation for its kind treatment towards employees, firmly announced its plans to stay closed on Thanksgiving, saying that their employees "deserve the opportunity to spend Thanksgiving with their families."

It has unfortunately become the new normal to jumpstart Black Friday by opening on Thanksgiving instead. But don't let a holiday dedicated to gratitude and family time be squandered by the retail industry and the increasing attitudes of materialism that have become prevalent during the holiday season. If not for the sake of saving the spirit of Thanksgiving, at least do it for the sake of the thousands of employees who will have to spend their Thanksgiving away from their families and friends to serve customers during one of the busiest shopping periods of the year.