The U.S. spent eight years and billions of dollars fighting in Iraq but in the end, there isn't much to be proud of.

In March of 2003, the United States began occupying Iraq. This came after President Bush feared that weapons of mass destruction were present in the country and that Saddam Hussein's power was becoming too much to handle, partly because of the mistaken idea that Hussein was connected to 9/11 and al Qaeda. From the beginning of the war, activists were against it, politicians opposed it and more Americans argued against it than for it. All of this continued until Dec. 15 when the U.S. officially withdrew its last troops from Iraq. 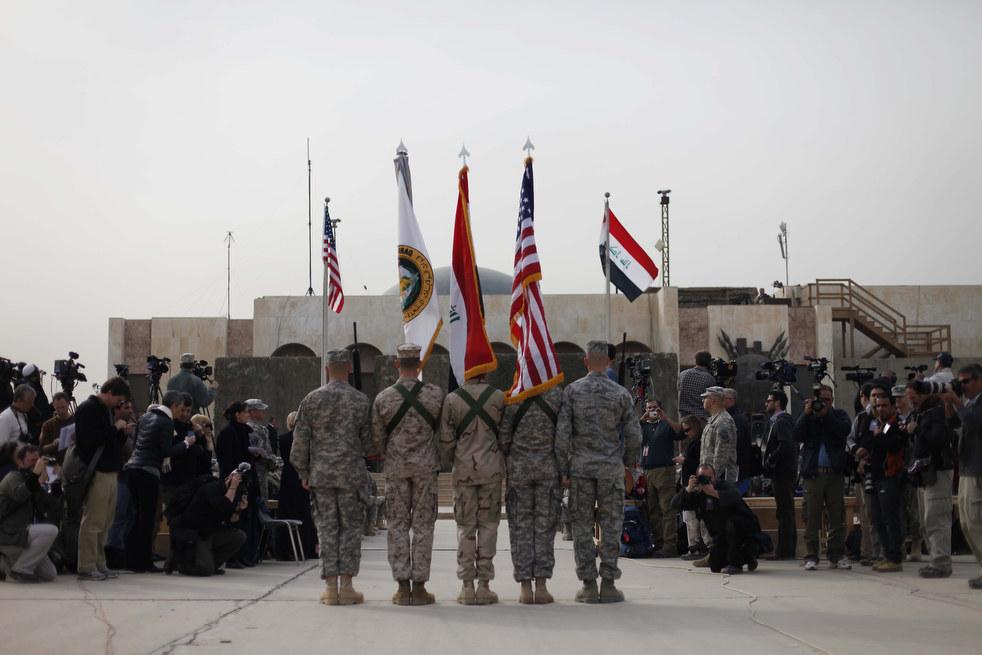 Photo: The closing ceremony in Iraq marks the end of a long-winded war.

Photo: The closing ceremony in Iraq marks the end of a long-winded war.

Unlike previous wars in U.S. history, the Iraq war didn't have a grand conclusion that left the public cheering. Instead, the event wrapped up quickly and quietly, leaving Americans to reflect back on the past eight years and consider how to handle similar conflicts in the future.

When the Bush administration ordered the invasion of Iraq, it was supposedly about getting rid of Iraqi president and dictator Saddam Hussein (which they accomplished several months after the invasion began) and finding weapons of mass destruction (which, arguably, were never found). The six years after Hussein's capture had no clear goal or objective, and the public became even less fond of the war. Its conclusion has left many people unsure as to why we were there and why it took so long to get out.

One big mistake was starting off a war without much public support, and then remaining in Iraq for much longer than necessary. The vague aspirations of finding weapons and "spreading democracy" didn't exactly boost the country's support of the war. If the majority of the public isn't for the cause, then most of the effort and support is coming from a small percentage of the people, which isn't representative of Americans' views.

Another key lesson should have been learned back when the U.S. was still in Vietnam: do not overstay your welcome. The Vietnam War spanned nearly two decades and dragged on longer than most people would have liked. Similarly, after eight years, the U.S. had already occupied Iraq for far longer than many people felt comfortable with.

War is a tricky thing, which is why it should be thought over for a long period of time and backed with some sort of concrete reason, not just as means to appear powerful. The U.S. has had conflicts in the Middle East for a long time, and will probably continue to have them over issues like oil and nuclear weapons, but hopefully the Iraq war was a good lesson that future disputes should not result in war.

With the troops leaving Iraq, we can finally be happy that this drawn-out war is over and happy that Obama lived up to one of his promises. But mostly, we should just try not to repeat our past mistakes.