We Knew Her When

From the Olympics to academia, Adrianne Kehne has a bright future ahead

It's a Friday. Athletes file down the gym hallways onto the field or into the weight room. Some line the sides of the halls, laughing and talking. Of Blair's sizable crew team, few are present. After all, crew workouts haven't started yet. But outside the weight room, beside the ramp to the tennis courts, a solitary erg stands. It's time for Adrianne Kehne's workout to begin. 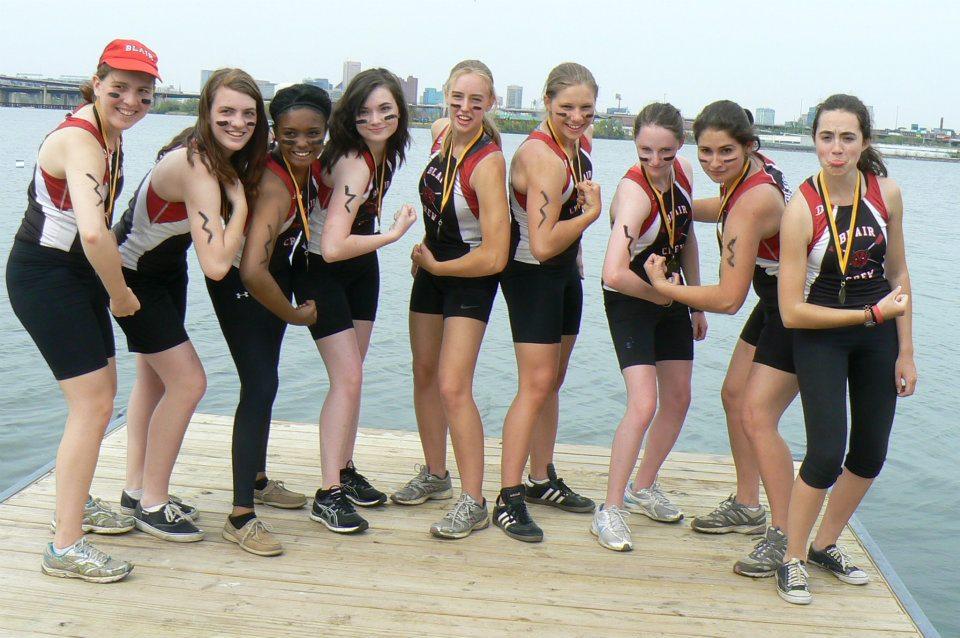 There's a reason Harvard University recruited Kehne for rowing, and it's not just that she loves sports and works out six to seven days a week for fun. Though her athleticism is a major factor in her success, the effort involved in playing two varsity sports, participating in orchestras in and out of school and getting a 4.0 in Blair's math and science magnet program is more important. "It's her drive. You see that in all aspects of her life," girls' varsity soccer coach Robert Gibb, who has coached Kehne for two years, says. "She's a great student, she has a good worldview, she cares about other people and she goes out there and grabs it all."

Crew and soccer and biking, oh my

Unsurprisingly, sports are a huge part of Kehne's life. In addition to being on the varsity girls' crew and soccer teams, she also loves biking, running, hiking, backpacking and weight-training—plus, she can ride a unicycle. "I just really like sports," she says, a touch sheepishly. "I might go crazy without them." 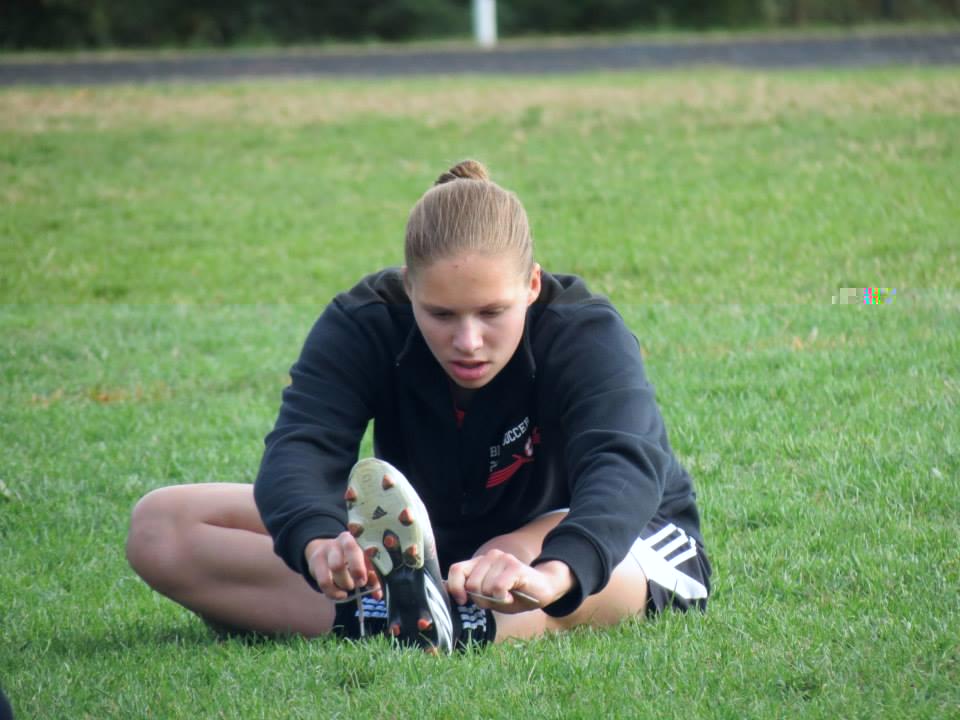 Before she found crew, she kayaked competitively, winning three events and placing in two more in the Junior Olympics in 2009 and 2010. After undergoing shoulder surgery in the summer of 2010, however, she decided to quit kayaking. That spring, she joined crew. Though she continued to play several sports, she eventually decided to focus on crew. "I wish I had the time to seriously pursue every sport," she says, "but I'm glad I found crew."

Nevertheless, she plans to play intramural soccer and hockey in college in addition to rowing. "I like a lot of sports I don't even play," she notes, adding that the posters in her room are primarily those of basketball players. And her affection for other sports pays off. "If anyone knows training, it's Adrianne," Gibb explains. "Because of her other sports, she really knows what it takes to be a good athlete."

"Good" is an understatement. "For lack of a better word, she's a beast. She's powerful, she's fearless, she has incredible stamina and she can keep up a high level of intensity," Gibb enthuses. He attributes part of that strength to her love of competition. "If you love to compete, you want to be good; if you want to be good, you have to work," Gibb explains. Still, he notes, her work ethic is extraordinary. "She's pretty hardcore," he says, smiling. "The stuff she can do is pretty remarkable." 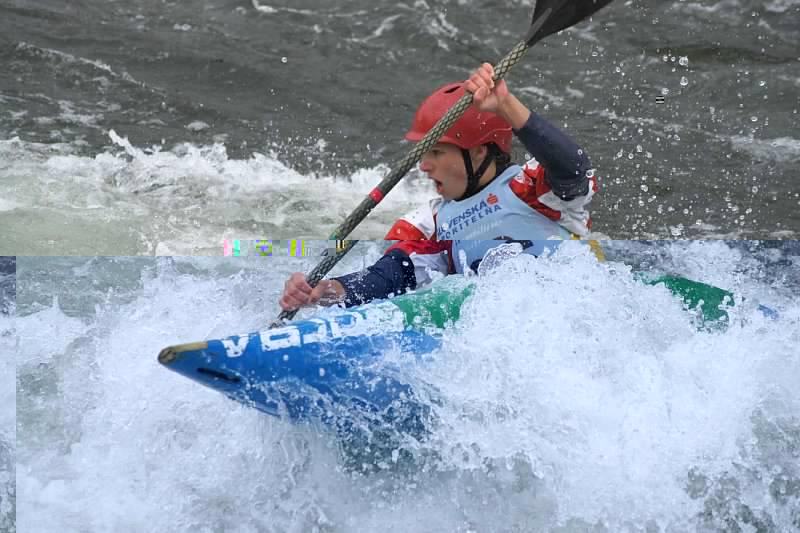 Photo: Senior Adrianne Kehne racing in Slovakia as a freshman.

Photo: Senior Adrianne Kehne racing in Slovakia as a freshman.

Kehne's athletic prowess has not gone unnoticed: Harvard University recruited her for rowing. The recruitment process started in her junior year, when her coaches told her that she was fast enough to send her erg times to colleges.

She began visiting schools and talking to coaches and went on official visits to watch crew practices and attend classes. The process became stressful last summer as colleges began requesting that she make a commitment by fall. "I was lucky to be done so early, but the pressure to make a decision was very real in September, instead of May," Kehne notes.

In the end, her decision was based not in crew or academics, but in student life. "The crew kids at Harvard didn't seem to have a problem with the full experience. It wasn't just crew all day, every day," she explains. "I'm not going to college to row. There's a lot more to the experience than that."

At the same time, she's eager to continue growing as an athlete. "I'm excited to learn and develop and go farther as an athlete," she says with an irrepressible grin. "I'll have fun at whatever level I'm doing. Sculling alone versus maybe going to the national team…I mean, who knows. I just want to see how far I can go."

Like her love for sports, her academic interests range far and wide: she may study anything from languages to politics to medicine. "I've thought about a lot of things," she says, laughing. "We'll see where college takes me." To Gibb, the possibilities are endless. "The world is her oyster. She can do whatever she puts her mind to," he explains. "Whatever she goes into, she'll be great. She'll excel. I'm excited to see what becomes of her."

At the moment, however, she's still in high-school. Kehne's day starts at 5:30 or 6 a.m., depending on whether she works out before school. She eats breakfast, makes her lunch and bikes about four miles to school. Once there, her favorite classes are Mathematical Physics—a magnet class rumored to be the hardest class in the county—and weights. After school, she works out for about an hour, bikes home, showers and begins her homework, often after napping. She tries, she says, to go to bed before midnight. Occasionally, she can't help but to fall asleep during class. "Sometimes I just go into the hallways and take a nap," she admits. "I'm not a robot. I can't always grind it out."

In addition to working out and homework, she plays bassoon in the Maryland All-State Orchestra and the Maryland Classic Youth Orchestra. "I really love music. Putting a lot of time into it has been really, really rewarding," she says. She also has soccer games in the fall and regattas in the spring. On the weekends, she sleeps, hangs out with friends, works out and procrastinates homework. "On Sunday nights, I cry about how much homework I didn't do," Kehne says, sighing dramatically.

Predictably, she doesn't often have spare time. "It's depressing. I would love free time. I have a reading list five years long," she notes, half-jokingly. Still, she wouldn't change her schedule. "I always think, 'Maybe I should drop an activity.' But then I think, 'What on earth would I give up?' I can't imagine not doing anything," she explains.

Do good, be good

To Kehne, her accomplishments are only a small part of her. "A lot of people judge me on metrics that aren't relevant at all," she explains. "Metrics are meaningless to me. They're not what's important." According to Gibb, Kehne's worldview is a large part of what makes her so appealing to people. "She's both selfless and confident," he notes. "She has every reason to be cocky or standoffish, and she's not. She's just another member of the team. And I like that."

Kehne's humility also makes her slightly nervous for what lies ahead. "I'm a little uncomfortable about going to college as a recruited athlete," she says. "There's little correlation between your ability to row and your ability to contribute to an academic environment. I [don't] want to get to college and be a dumb jock."

Dumb, she's not; a jock, she is. At workouts, the erg makes a rushing sound every time she leans back. Clad in a blue crew t-shirt and black athletic tights, hair in its signature bun and headphones in, she stares straight ahead. Steadily, she moves back and forth, back and forth. Strong legs push, strong arms pull, strong shoulders and back provide support. During breaks, teammates joke and laugh with her, but when she's erging, they know better than to interrupt.

Though burnout is a possibility, Kehne isn't worried about it. "[Burnout] is less of an issue for me because I do a lot of training on my own, and I've never felt overworked," she explains. "I've never been bored, or sick of it, or stretched too thin because of sports." She's not sure what would happen if she becomes overwhelmed. "I really hope I'm up to the challenge. In the long run, academics is what I'm going to school for," she notes. "But…sports will be the last to go."