This Sunday, Jimmy Kimmel will host the 64th Primetime Emmy Awards on ABC. This year's television nominees include returning favorites such as "30 Rock" and "Mad Men" as well as newcomers like "New Girl" and "Downton Abbey." Here's a list of our winner predictions. 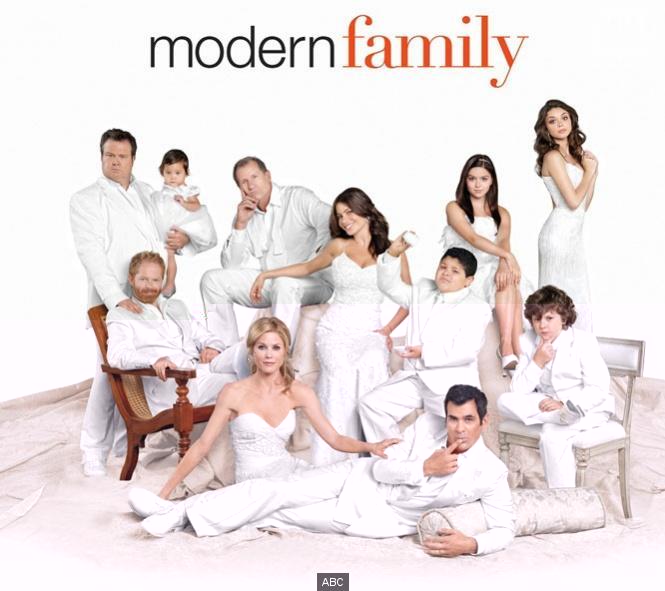 Hannah says: "Modern Family"
It's not that I want "Modern Family" to win, because I don't, but it seems like they win every award every year, and I don't see why this year would be the exception. People keep rewarding this show because they find it relatable. Even Ann Romney declared it as her favorite show (but let's not go there right now). Personally, I'm still baffled as to why "Parks and Recreation" is not nominated, but hey, we can't have it all.

Temi says: "Modern Family"
"Modern Family's" fresh humor presented through recycled sitcom scenarios makes it exciting yet comforting for viewers. Of course, the characters aren't like the average ones found in your parents' sitcoms, but somehow an older audience can still get a good laugh out of it. Overall, "Modern Family" is the choice of what most people like to watch when they need to lighten their mood after a long day.

Lead Actress in a comedy series

We've already established that I'm partial towards this show, but come on. Amy Poehler as Leslie Knope is golden. "Parks and Rec" gets funnier every year and every episode, and this includes Amy Poehler's character. Moral of the story, Amy Poehler should win this. Have I mentioned how great Amy Poehler is? Because she deserves an Emmy.

Temi says: Zooey Deschanel ("New Girl")
Some of "New Girl's" success can largely be accredited to the quirky acting of Zooey Deschanel as Jess Day. Her unique personality definitely carries most of the show's plot line and is what keeps a lot of viewers watching. Although "New Girl" probably isn't the funniest show on TV right now, its leading actress is becoming an American sweetheart which is why I can see her taking home this award.

Lead Actor in a comedy series

Hannah says: Louis C.K. ("Louie")
Louis C.K. is clearly the best option here, not only because he is hilarious but also because he writes, directs, stars in and edits his show "Louie." And let's be honest, there isn't much competition, except for Alec Baldwin who has already received several awards for his role in "30 Rock." But I'm just going to say that if Jim Parsons of "The Big Bang Theory" wins, I will be infuriated.

This is a tough one because there are endless great dramas on right now, but "Mad Men" is arguably the best show on TV, not just now but ever, and it deserves every one of its 17 Emmy nominations. "Mad Men" has the best acting, scriptwriting, costumes and set design, encompassing all the right elements of what should be in an Emmy-winning show. The show has won this award for the past four years, one for each of its seasons, and it would break the record by winning it for a fifth time.

Temi says: "Downton Abbey"
Like Hannah said, "Mad Men" has won for the past four years so it's time to make room for another show. Try "Downton Abbey." It's been awhile since I've heard this much consistent buzz about a TV show. I've literally watched two friends discuss what happened in the latest episode when a random passer-by overheard the conversation and screamed "You watch it too?!" and then proceeded to casually join the conversation. Even if it doesn't snag the award this year, it's definitely on its way to an Emmy in the future.

I did it. I picked the "Mad Men" option again. I wouldn't have to make the same choices if this show hadn't perfected the art of television (if you haven't seen "Mad Men," you probably think I'm getting carried away). Moss was exceptionally good in the most recent season as Peggy Olson, and after four years of playing the secretary-turned-advertising-genius, Moss still has no Emmy. This needs fixing immediately.

Temi says: Julianna Margulies ("Good Wife")
Why "Scandal" isn't nominated is something I'm still trying to grasp since it was and is one of the best dramas on TV. But while I try to get over the shock of Kerry Washington as Olivia Pope not being on any of the nominee lists, I'll predict Julianna Margulies as Alicia Florrick in the "Good Wife" for the winner. But I'm really only picking her because it seems pretty difficult to act as the wife of a former state attorney who is currently in jail after a public sex scandal, so Margulies seems like the best choice. 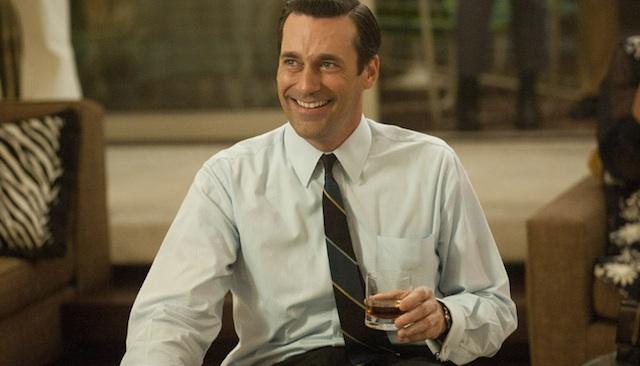 Photo: Jon Hamm is nominated for the fourth time for his role as Don Draper on "Mad Men"

Photo: Jon Hamm is nominated for the fourth time for his role as Don Draper on "Mad Men"

Hannah says: Bryan Cranston
This was the hardest decision I've ever had to make. Just kidding, but it really is a toss up. My heart says Jon Hamm, but my gut says Bryan Cranston of "Breaking Bad". He has won best lead actor for the past three years and I feel like they'll give him a fourth. Cranston is just so insanely twisted as Walter White, and the Academy loves it.

Temi says: Jon Hamm ("Mad Men")
I haven't predicted "Mad Men" to win any Emmy's yet, but it felt right to pick it for this category, purely because of Jon Hamm. Hamm's strong acting skills are obvious whether you're an avid watcher of "Mad Men" or have just seen a couple episodes along the way. He's already won a Golden Globe Award for Best Actor in a Drama Series, so an added Emmy to his award shelf wouldn't be a surprise. Overall, I highly doubt this show will go Emmy-less this year.

The Primetime Emmy Awards will air this Sunday at 8 p.m on ABC.