"We Own the Night" owns the theater

Crime drama brings emotion and thrill to the big screen

If forced to choose between your family, your significant other or the lifestyle you love, which would you choose? In "We Own the Night," director James Gray beautifully illustrates the struggle of an ordinary man seeking to find the balance between kin, love and career.

It's 1988 in New York City. Bobby Greene (Joaquin Phoenix) is the manager of a hip, rowdy nightclub in Brooklyn and dates smoking-hot waitress Amada Jaurez (Eva Mendes). Though it seems like his life couldn't be better, an unfortunate influx of narcotics has caused a crime wave to sweep over most of the city. To make matters worse, a group of Russian gangsters has drawn much unwanted attention to his club in their quest to deal drugs within the club's confines.

This attention includes that of the police who, in addition to being outmanned and outgunned, find themselves burying their fellow officers at an alarming rate. Captain Joseph Grusinsky (Mark Wahlberg) and Chief Burt Grusinsky (Robert Duvall) decide to perform a sting operation inside Greene's Club to catch the gangsters. 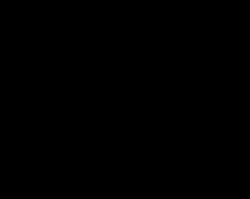 Photo: Eva Mendes and Jaoquin Phoenix are lovers in the new crime drama "We Own the Night." Photo courtesy of Columbia Pictures.

Photo: Eva Mendes and Jaoquin Phoenix are lovers in the new crime drama "We Own the Night." Photo courtesy of Columbia Pictures.

Although Joseph and Burt Grusinsky are Greene's brother and father respectively, Greene strives to stay uninvolved. But Greene is thrust out of his neutrality when his brother Joseph Grusinsky is shot in the head. Fearing that his father could be next, Greene joins the effort to try to take down the gang.

Though the film is rife with gang fights, police brutality and murder, most of the drama actually comes from the inner battles that the characters face over how they should react to their current situation. Jaurez (Mendes), for example, must constantly question whether she will stay with a man who willingly becomes a cop and endangers his and her life.

Mendes' struggle with her emotions is powerful and convincing, and she manages to serve as much more than just eye-candy for movie-goers. No stranger to crime thrillers, (think "Training Day), Mendes brings to the screen a similar character who represents a voice of innocence and naiveté in a horrible situation.

Wahlberg, however, plays a less significant role, leaving most of the spotlight to Phoenix. Throughout most of the movie, Grusinsky becomes increasingly less zealous about his role as a cop, eventually reaching the conclusion that he only pursued this career to make his father proud.

Throughout the entire movie, Phoenix does an amazing job of conveying the frailty of the human heart with scenes that show a close call with death, a visit to his brother in the hospital and the process of dealing with the guilt of killing innocent people. Coupled with music reminiscent of "The Godfather," the protagonist's battle is a beautiful masterpiece.

It would be easy to write this movie off as another piece of police propaganda or a testosterone-fueled action movie, yet "We Own the Night" provides a much deeper representation of the inner struggle that ensues after the relentless fight for justice and severe loss.

"We Own the Night" is rated R for strong violence, drug material, language, some sexual content and brief nudity.