Blair teaching staff to be downsized 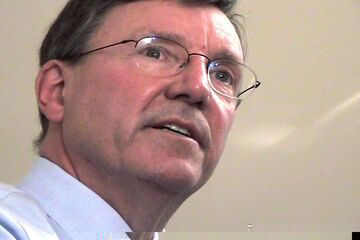 Strapped with an estimated $750 million budget shortfall, Montgomery County Executive Isiah Leggett (D) recommended Monday that the Montgomery County Council cut Weast's December 2009 budget resolution by $137 million. Although the council is not expected to approve the county budget until mid-May, Weast warned that it has become increasingly likely that he will make additional cuts to his $2.2 billion operating budget. "The unfortunate reality is that there will be painful cuts ahead as we work to balance the budget," he wrote in his letter.

The countywide teacher reductions are expected to save the school system $16 million, according to MCPS Budget Director Marshall Spatz. "In the scope of a $750 million deficit, that's still a pretty small change," he said. "We're facing serious budget cuts. We may have to make additional cuts that will be announced and implemented in school allocations."

A letter sent to all MCPS principals last week identified the number of teaching positions allocated to each school for next fall. Weast urged principals to assess the school's faculty needs and begin discussing involuntary transfers and layoffs with staff members in preparation for next school year. "We have to figure out where they're going to be teaching now so that employees can identify another position for themselves if necessary," Spatz said.

Weast's recommended staff cuts will also increase class sizes by an average of one student, potentially limiting school course offerings. "The changes will vary from school to school according to enrollment," Spatz said. "Schools will work out class size changes as part of its schedule. They could absorb it with fewer course offerings."

Williams warned that Weast's cuts will impact class scheduling at Blair. "The flexibility of switching courses and changing electives will be limited," he said. "The courses registration determines the number of courses we will run…I will then determine which teachers to keep based on seniority and certification."

Blair English teacher Lauren Termini was dismayed by the possibility of staff reductions at Blair. "It's tragic for the kids and scary for the teachers," she said. "We need the jobs to support our families."

She recognized, however, that reducing Blair's teacher allocations is unlikely to impact her teaching career. "English is one of the core subjects," she said. "Everyone will be fine in the department." Termini also dismissed concerns that projected one-student class size increases will burden teachers with greater workloads. "It doesn't make much of a difference," she said. "Less students mean a more personal environment."

In addition to removing 252 salaried teacher positions, Weast announced that he will cut an undetermined number of central office positions. "Over the last two years, we have cut $18 million from the central office budget and we expect to make another $6 million in cuts," he wrote. MCPS has downsized central office positions by approximately 20 percent and will likely eliminate more positions after the county passes its final budget, according to Spatz. "The number will be identified as the situation unfolds," he said. "It may not be known until June."

A $26-million allocation for step raises awarded on the basis of seniority could also be reduced to close the projected budget gap. Due to ongoing teacher union negotiations with the Montgomery County Board of Education, Spatz could not estimate how much money would be cut. "We prepared the budget assuming that at the point they finished we would modify it to reflect what they agreed to," he said.