Welcome to the Blair witch trials

In the spring of 1692, Susannah "Goodie" Martin was accused of witchcraft. She was a widow living in the town of Salem, Massachusetts when the case was brought to court. The primary evidence against her stemmed from something that happened early one morning. Martin was walking across the dewy field which lay between her house and the town center, and upon arrival at the market, it was discovered that the hem of her skirt had remained dry.

After this initial occurrence, several other townspeople came forth to testify against Martin. She was accused of walking the streets in her familiar form (that of the animal a witch turns into at night, most often a cat). She was sighted bewitching cows, chickens and other farm animals. She was examined for the mark of a witch, or any physical protuberance used to give milk to the familiar. 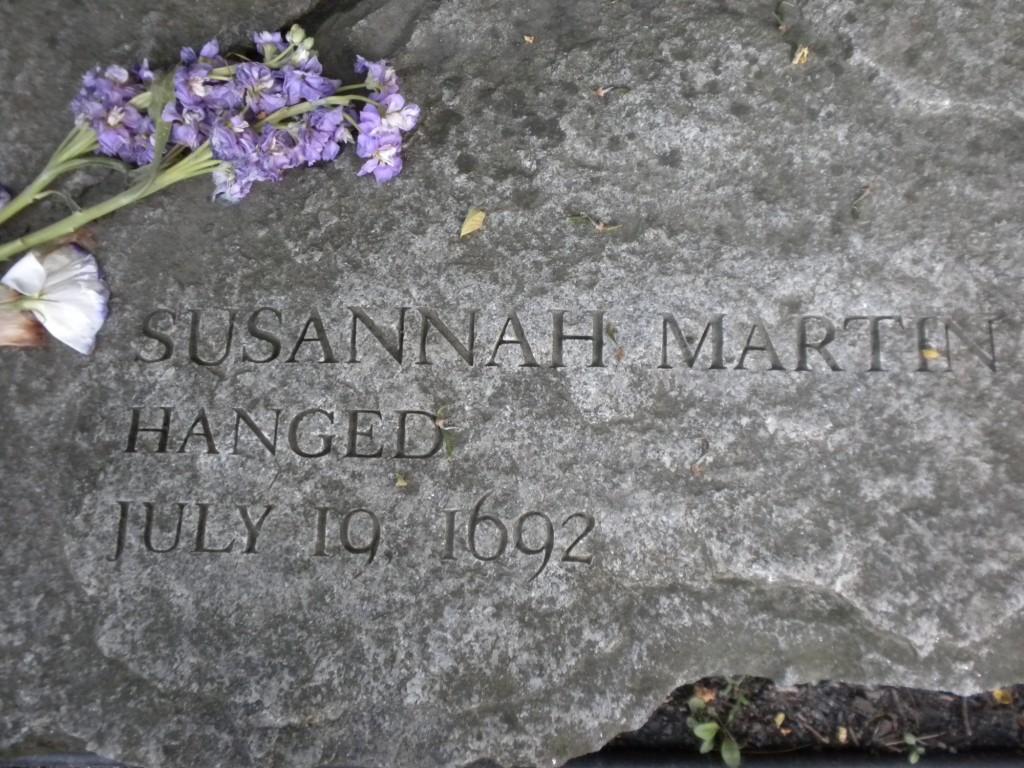 Photo: Susannah "Goodie" Martin was hanged for witchcraft in 1692.

Photo: Susannah "Goodie" Martin was hanged for witchcraft in 1692.  Photo courtesy of Roots of my Roots.

The trial lasted weeks, until eventually the presiding judge convicted Martin of "Witchcraft and sorcery" relating to "high suspicion of sundry acts of Witchcraft done or committed by her upon the bodies of Mary Walcot, Abigail Williams, Ann Putnam, and Mercy Lewis." Martin was sentenced to death and hung atop the infamous Lone Tree Hill, where a plaque now lies in her remembrance, describing her as a "Martyr of superstition." On Halloween night of 2002, Martin and four other women were exonerated by the Commonwealth of Massachusetts.

Susannah Martin is one of my ancestors, and the story of her trial and subsequent hanging has been passed down through my family for generations. Her death and the ridiculous reasons for its occurrence got me thinking: what would it be like if the Salem witch trials happened in 2016? Or even at Montgomery Blair High School?

There are numerous reasons that a person would have been accused of witchcraft in 1692, but one prevailing feature among most witches is gender. While five men stood trial for witchcraft in Salem, women are historically far more likely to be convicted of associating with the devil. This is usually for one of two reasons: because they are poor, or because they are rich. Poor women were often accused simply because they couldn't defend themselves. Rich women were accused because it was deemed preposterous for a woman to gain material wealth without the help of black magic. So, step one in avoiding the torch: be a dude.

Another witchy activity: hanging out with other women. In many witch trials, a group of women unaccompanied by a man was described as a "coven," or a gathering of witches in order to worship the devil. On the flip side, you could be convicted of witchcraft if you didn't have enough female friends. The people who most often accused others of witchcraft were other women, who would be all the more likely to do so if they felt scorned by one of their friends.

Item number three on the witch checklist has to do with age. Older women were especially susceptible to accusations, because they were often widows without a man to defend them in a court of law. People also thought that old women had used black magic to avoid death. That's not to say that young people weren't affected by the trials; Dorothy Goode confessed to being a witch at age four and was subsequently imprisoned for nine months.

Another double edged sword was that witches could be women who had either too many children or not enough. An unnaturally fertile womb was often a sign that you were stealing babies from would-be mothers through the use of dark magic. Husbands would also accuse their infertile wives of witchcraft, because clearly the devil had placed his curse upon them.

One of the biggest no-no's in the Bible is having sex out of wedlock. Described in many places in the record of testimony at Salem as "playing the harlot," sleeping around or even being overly flirtatious with men was a sure sign that a woman was inhabited by an evil spirit. To go along with this, breaking pretty much any of the Bible's rules could add to the case against the accused.

These next two items are the kinds of things that you'd only find if you were looking hard for them. Any kind of mole, wart, birthmark, or discoloration on the skin could be a sign of witchcraft. It was said that the witch's familiar sucked her blood from these areas. Also, spoiled milk or butter was enough to get somebody hanged for dark magic. Before you finish reading this article, a thorough check of your fridge is definitely in order.

Finally, the biggest sign of witchcraft was the behavior of the accused. A witch could be any woman who exhibited stubborn, weird, or forward behavior. Pretty much any trait that angered the wrong person could be brought to a court of law as a sign of witchcraft. This can be attributed to what was expected of women during the late 17th century: civility, docility, and no talking back.

Now, while it's humorous to look back on the ridiculous reasons that witches were so called in the olden days, it's important to think about how far we've come and what we need to do so this never happens again.

And people, listen up; if you are a man, a woman, young, old, have a lot of friends, are a loner, have lots of kids, have no kids, break any Biblical rules, have any kind of blemish on your skin, have expired dairy products in your fridge, or someone just doesn't like you, well, keep a safe distance from any and all burning stakes you might come across.