What student athletes don't know about their coaches

Being a Blair coach is hard work, but coaches who are also teachers have even tougher jobs

The ninth period bell rings and the flow of students rushing toward the exits slows to a trickle. After a few minutes, the halls are devoid of students. A few hours later, the teachers slowly start to trickle out of the building. But some teachers stay behind. These teachers have already been out for hours, doing their second jobs at the school. They are the coaches of Blair's sports teams.

The teachers who also coach do hard work that is not seen by their students. Although it can be very time-consuming, the coaches are always willing to put in hard work for their student-athletes. Most Blair coaches played the sport that they coach in high school and were influenced by their coaches and team experiences as young students. Kristen Werdann, a math teacher at Blair, coaches the junior varsity boys' soccer team, assists the varsity team in the playoffs and coaches the softball team. Werdann played soccer, basketball and softball as a student-athlete and excelled at the sports, continuing on to play basketball and softball in college. 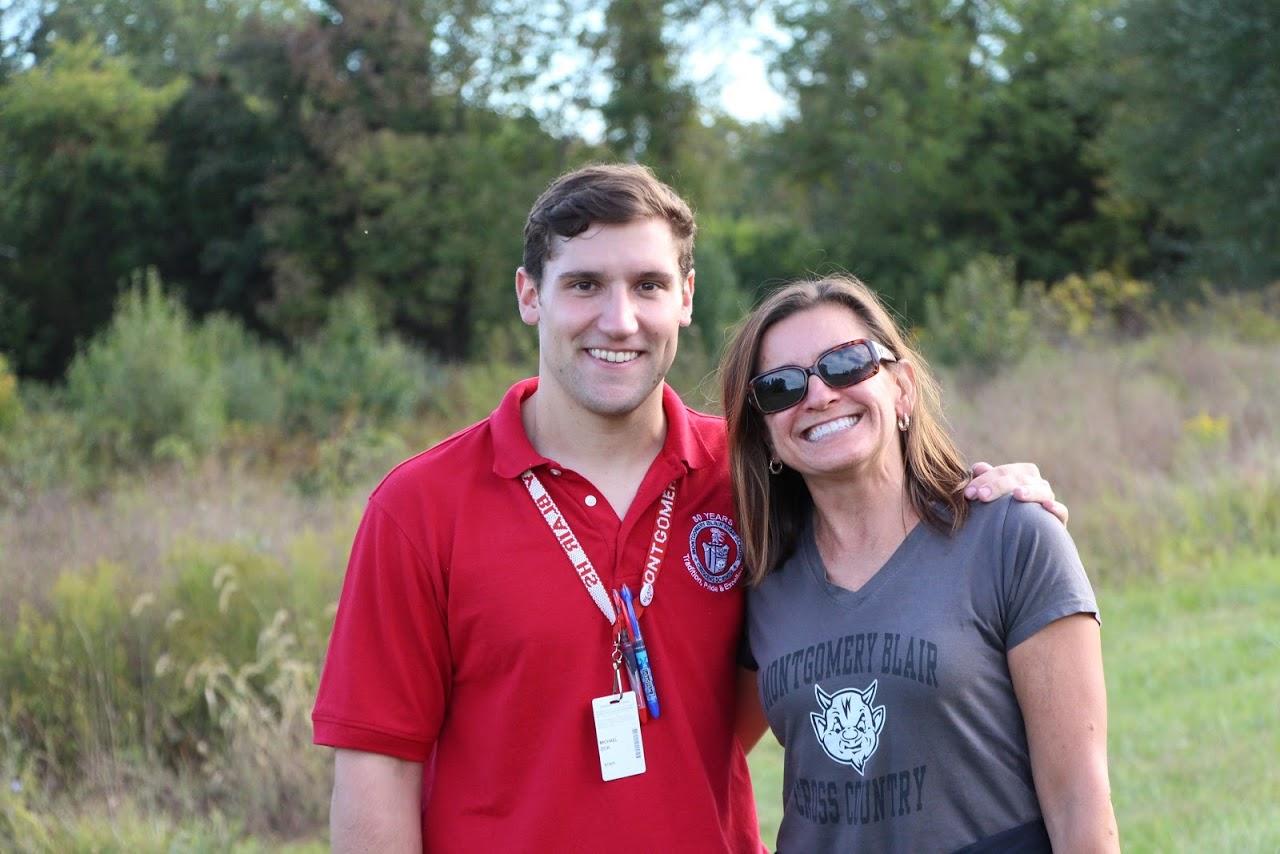 Photo: Michael Zick uses his coaching skills in the classroom.

Photo: Michael Zick uses his coaching skills in the classroom.

The friendships and fun made possible by her coaches and teammates in high school and college were influential factors in her decision to become a coach. "My coaches were a big support system and being part of a team is like being a part of a family," Werdann reflects. "If you're going through something or need some help academically, I found that that family helped me gain close friends I still have today."

As a student-athlete, Michael Zick's coaches positively affected him and helped him create bonds with his teammates. Zick was a multi-sport athlete, competing in cross-country, track, swimming and baseball. He wants to bring fun into his players' lives after their days spent cooped up in a classroom. "I had a couple of really good coaches when I was young, and I realized sports made me hate school less, and I thought if I could give kids a reason to be at school when they don't want to be there, that can be a pretty important thing," Zick says.

Both Werdann and Zick claim that their experiences coaching have helped them better interact with their students in the classroom. In Werdann's math classes, she finds that her coaching skills influence her teaching. "I'm a super competitive person, and I know many people thrive off competition, so in class I try to create competitions to add a little fun," Werdann says. "We have a lot of athletes and sports fans in the school, so I try to relate my teaching to sports so kids get a better understanding of what the math really means." 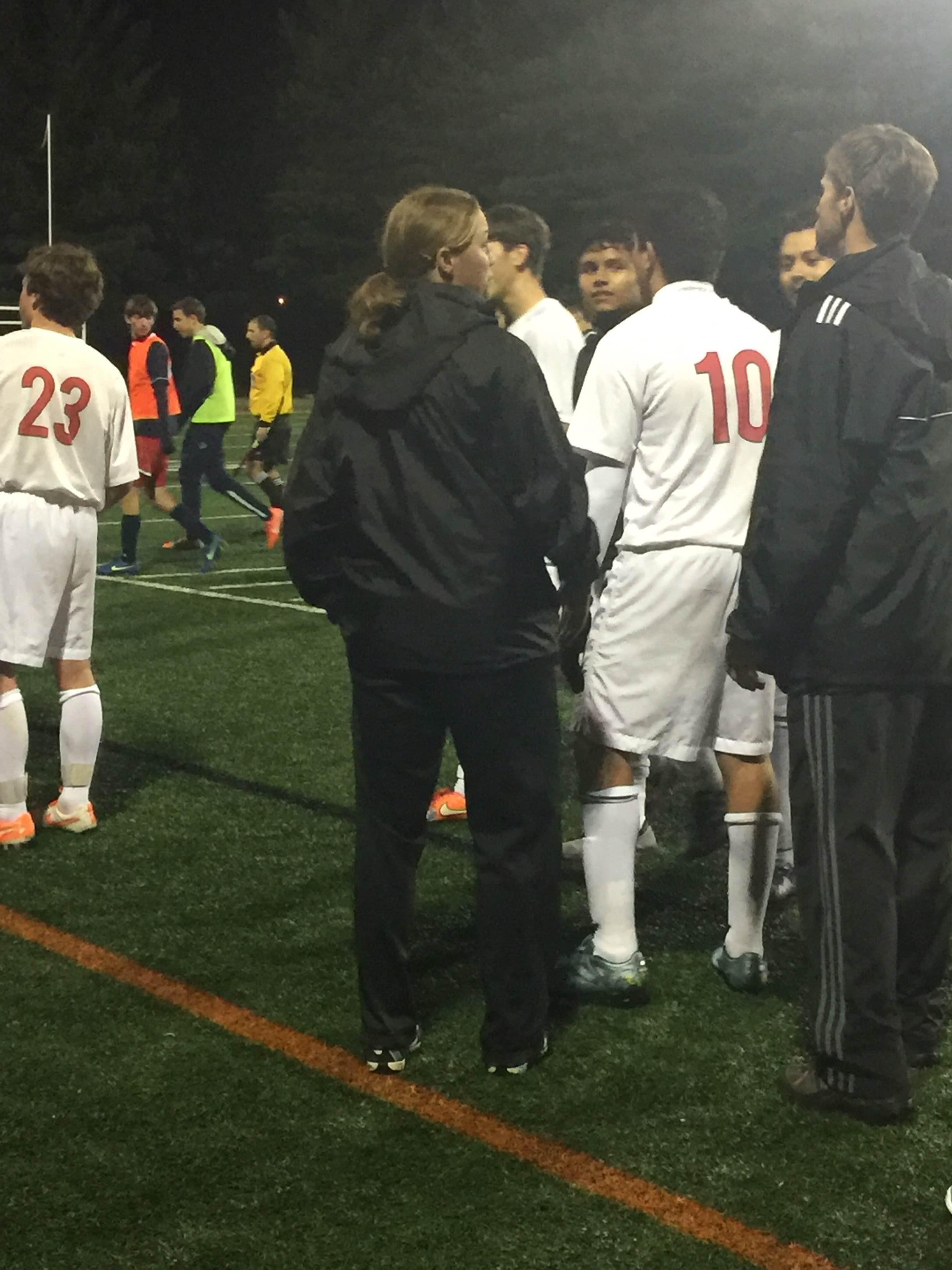 Photo: Werdann was a multi-sport student athlete in high school

Photo: Werdann was a multi-sport student athlete in high school

Zick puts in a lot of work for his students and his players. He gets to school early, and does not leave the school grounds until his coaching is done around 5:30 or 6. When he's not in the classroom grading or teaching, he's at a practice or traveling to meets. "Most of my waking hours I'm out doing something either at an athletic field or I'm here in the classroom," he says, smiling. "But it's fun, I do it because I enjoy it. I don't think I could teach or coach if I didn't really enjoy it."

Over her 13 years of coaching at Kennedy and Blair, Werdann has learned that time management is essential in order to have some time to kick back each day after working and coaching. During her planning periods, she's preparing to teach, grading papers or planning practices for her team. This way at the end of the day, she can go home and relax because her classes are already taken care of.

Even though the players on each team change from year to year, the memories from each year stick with the coaches. From the first day of practice to the last meet of the season, the coaches are enjoying themselves as much as the players. "I love the first day of every practice season. The kids are a little nervous, you see a bunch of young guys who've never tried out for a high school sport before, the excitement is great," says Zick.

Werdann's favorite stories stem from more than just coaching, but from teams coming together. "Watching players come together to support each other outside the field shows us that what we've been doing as coaches works because they come together as a team," says Werdann.

One moment that stood out to her was when her Kennedy soccer team came together to help a player who was not able to purchase some of the same gear that his teammates could afford. The player was a humble kid and one of the team's best players, so at the season's end, his teammates pooled together their money and bought him a pair of cleats he'd been eyeing for a while. "They gave that to him as a gift for all his hard work, and it had nothing to do with soccer. Just seeing how they could support somebody that never asked for it--they wanted to do something nice for him," she recalls fondly.

The work the coaches put in inside and outside of school often goes unseen, but recognizing their hard work is essential. Even though they work a lot, they love what they do. "The same way athletics give kids a little extra motivation to be at school, that's a part of my day I look forward to every single day," Zick says happily. "Everybody has a hard work day every once in a while, but I can just go out and clear my head and think about something besides work for a bit."