What we know about the TikTok and WeChat ban

While the government debates Chinese surveillance activity on the platforms, Chinese-Americans wonder what the ban will mean for their communication

On Sunday, Sept. 27, District of Columbia District Judge Carl Nichols granted a preliminary injunction against President Trump's executive order to ban the popular viral video app TikTok on US app stores. Nichol's court order requires Trump to halt his order due to the potential harm it may cause. Trump’s order to begin prohibiting TikTok's download was scheduled for that same night. While TikTok won the reprieve, its success is temporary—the ruling does not address the broader ban planned for implementation on Nov. 12.

Lawyers for TikTok claimed an infringement on freedom of speech by relating the ban to proximity to the next presidential election. TikTok lawyer John Hall stated to the New York Times that banning the app would "be no different from the government locking the doors to a public forum" that 120 million Americans use regularly. In the context of a pandemic, the company argued that banning TikTok would bar potential users from expressing their political views.

Senior Iris Gupta reasoned that Trump also may have used TikTok to make headlines during election season. "I figured that TikTok would not shut down because it's a huge platform—it seems unlikely that Trump would shut down such a profitable platform. I felt like it was a diversion from focusing on other more important issues," Gupta said.

Sophomore Ben Broderick-Sokol agreed that banning TikTok was a low priority issue that would not come to fruition. "I saw [the TikTok ban] and was like, okay that probably won't happen. TikTok shouldn't be one of those things Trump focuses on during this time. I think it could be a feeble attempt to demonstrate authority or power," he said.

TikTok's reprieve follows a week after a similar injunction granted by Judge Laurel Beeler of California, which blocked Trump's executive order banning WeChat from app stores. Both TikTok and the Chinese messaging app WeChat have been targets of the Trump administration since August, when the president initially ordered for the apps' removal under the impression that they are a threat to national security. 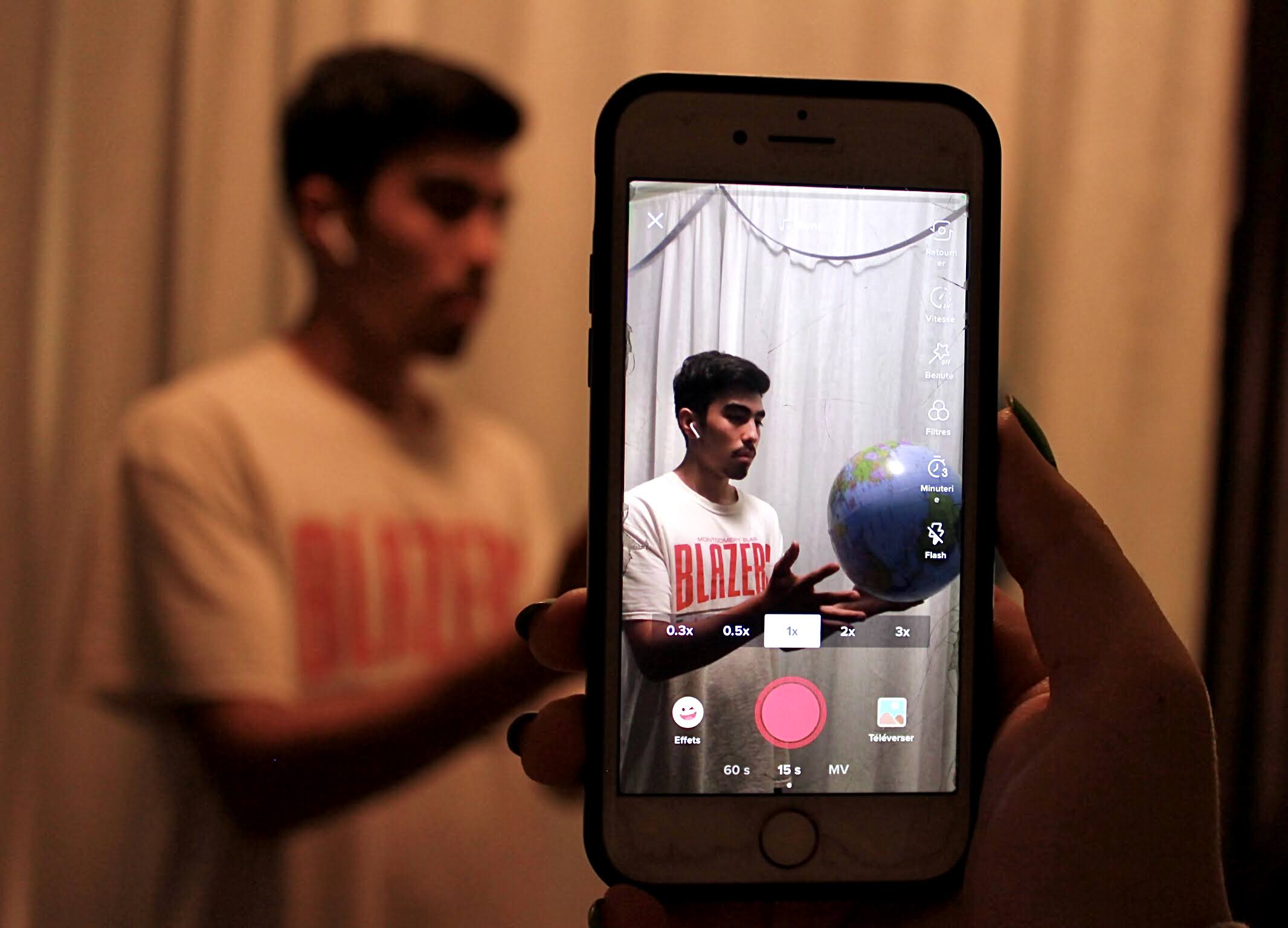 Photo: TikTok and WeChat have been targets of the Trump administration since August (courtesy of Abby Yokoyama)

Photo: TikTok and WeChat have been targets of the Trump administration since August (courtesy of Abby Yokoyama)

As Chinese companies ByteDance and Tencent Holdings own TikTok and WeChat respectively, President Trump stated that the wide usage of such apps in the United States allows for collection of data on American users and Chinese censorship. Beeler highlights two main contentions as rebuttal: the ban raises concerns over an infringement of First Amendment rights and halts a main platform for overseas communication within the Chinese community.

Senior Jennifer Li articulated the main concerns of the Chinese-American community with regards to the WeChat ban. "I use WeChat to chat with family, mainly my grandparents. I also have a lot of group [chats] for friends I met in China and a couple for dance. Last Friday and Saturday all my WeChat groups were going crazy trying to figure out what to do [about the ban], because a bunch of American apps are blocked," Li said.

Gupta added that while privacy may be a concern, banning TikTok was unnecessary. "I have heard of privacy issues, but there are other ways to tighten security. A pretty good solution is if TikTok was under an American company. Then, there would be no reason to shut it down," she said. TikTok has yet to make concrete plans with American company Oracle, which may hold a stake in the company in the future.

TikTok's and WeChat's availability in U.S. app stores ultimately remains unknown, but the companies are working with American companies to potentially come to a consensus. As the Trump administration pushes its plan to completely ban the apps, the hundreds of millions of users reliant on the platforms for communication and expression represent the weight of such a decision.