Getting you up to speed before voting starts

A couple days ago, I wrote a primer on the Republican presidential race for those Blazers who haven't been following the race so far. This is a similar piece on the Democratic race. While not as flashy or entertaining as the GOP campaign, the Democratic primary has been plenty contentious and raises interesting questions about the Democratic Party, liberalism in America and the appeal of pragmatism.

In my last story, I mentioned that conventional wisdom has been consistently proven wrong in this race and all of my predictions are made with humility. This is still true. However, it's a little less true with the Democratic race. In this race, I'm fairly sure who's going to win the nomination (hint: it's not the socialist). But this year it seems like anything can happen!

Who are the frontrunners?

Unlike the Republican race, the Democratic primary has had two consistent front-runners. Let's get to know former Secretary of State Hillary Clinton and Vermont Senator Bernie Sanders. 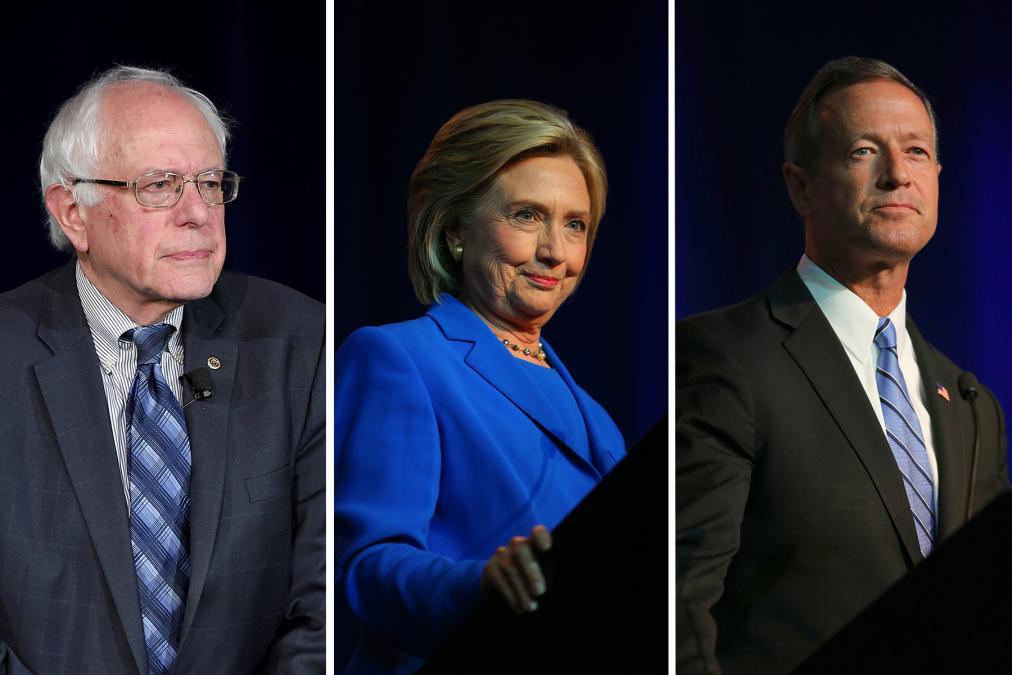 Photo: The Democratic race provides a choice between liberal idealism and pragmatism.

Photo: The Democratic race provides a choice between liberal idealism and pragmatism.

Hillary Clinton is probably the most qualified presidential candidate in a century. She was First Lady during the Bill Clinton administration, when she led the administration's failed effort to pass health care reform and served as a key advisor to the president. She served as a Senator and, after losing the 2008 Democratic nomination to Barack Obama, was appointed Secretary of State. She has the emphatic support of the Democratic establishment and represents a more moderate wing of the Democratic Party.

Senator Bernie Sanders is a lifetime fighter for progressive causes. He served as the mayor of Burlington, Vermont before being elected to the House of Representatives and later the Senate. A self-identified Democratic Socialist, Sanders is actually an independent senator, although he caucuses with Democrats. In this campaign, Bernie has touched a nerve with liberals, drawing massive crowds to rallies across America. He is the voice of unabashed, often fantastical, liberalism. He supports making public college free and creating a single-payer (meaning completely government run) health care program. His self-professed goal, he says, is to create a "political revolution” that will wrest power from the ultra-wealthy.

For those of you hoping for deep analysis of former Maryland governor Martin O'Malley, I'm sorry. Polling in the low single digits, the poor guy doesn't stand a chance.

Who's going to win?

Recently, Sanders seems to have found some real momentum. He is closing in on Clinton's lead in Iowa, and has a double-digit lead in New Hampshire. Does that mean that the Democrats will nominate a socialist for president? I don't think so. Here are three reasons why:

First of all, we've seen this sort of thing in Democratic primaries before. In 2004, outspoken liberal favorite Howard Dean had a small lead in Iowa and a significant lead in New Hampshire. But he wasn't about to edge out a win in Iowa and his campaign slowly crumbled, paving the way for moderate John Kerry's nomination. One explanation for this collapse is that Democrats, before voting, suddenly became scared that Dean was too liberal to beat Bush. It's conceivable that Dems could come to a similar consensus with Sanders.

Third, even if Sanders wins in Iowa and New Hampshire, he has a tough road ahead of him. Bernie consistently polls worse among African Americans than Hillary. In the third voting state, South Carolina, where African Americans make up a majority of Democratic primary voters, Clinton is up in polls by 40 percent. In 2008, Barack Obama was able to defeat Hillary Clinton largely because of his support among African Americans. It's unlikely that Bernie could replicate that feat. Additionally, Sanders is more than a dozen points behind Clinton in national polls. Even if Sanders performs well in the two early states, he will need to pick up significant support in the rest of the country to receive the nomination.

Well, that's no fun. Are you saying Bernie has no shot?

No! There are a few ways Sanders could take the nomination. To do so, he has to perform well in the two early states. A win in New Hampshire is a must. So, let's say he gets off to a good start. His message, complemented with his momentum, could appeal to Democrats (especially African American Democrats) more than it has thus far.

Hillary Clinton has a tendency to self-destruct when she starts declining in the polls. We saw a preview of this during the last Democratic debate when, faced with rising Bernie momentum, Clinton lashed out with some bizarre charges—attacking Sanders for voting for a banking bill the Clinton administration wrote and criticizing him for considering drafting a primary candidate against Barack Obama (ironic, considering that Clinton ran against Obama in a primary). In 2008, after Obama beat Clinton in Iowa, Clinton's campaign fell into a largely self-inflicted death spiral. The same thing could happen this time around.

Although the Democratic primary lacks the fireworks of its Republican counterpart, it is still fascinating. The winner of the primary will set the tone of the post-Obama Democratic Party for years to come.