What's up with Mr. Pope?

When Pope Francis made his United States debut on Sept. 22 in Washington, D.C., he gave a passionate speech on poverty, climate change and immigration but noticeably held back on more traditional issues like abortion and same-sex marriage. Nevertheless, he has been noted for his frank discussion of social issues, allowing him to garner a wider audience than his predecessors. Since he took office, he has undoubtedly changed the image of the Roman Catholic Church. According to a survey by the Pew Research Center, 28 percent of US adults believe he has made a positive effect on the Church, while only six percent say that he has made a more negative effect. Particularly, 39 percent of liberals believe he has made a positive effect, while only four percent argue for the opposite.
Yet with jokes that he is often misquoted being truer than not, many are not familiar with the pope's values, so SCO is here to break it down: what really does Pope Francis believe? 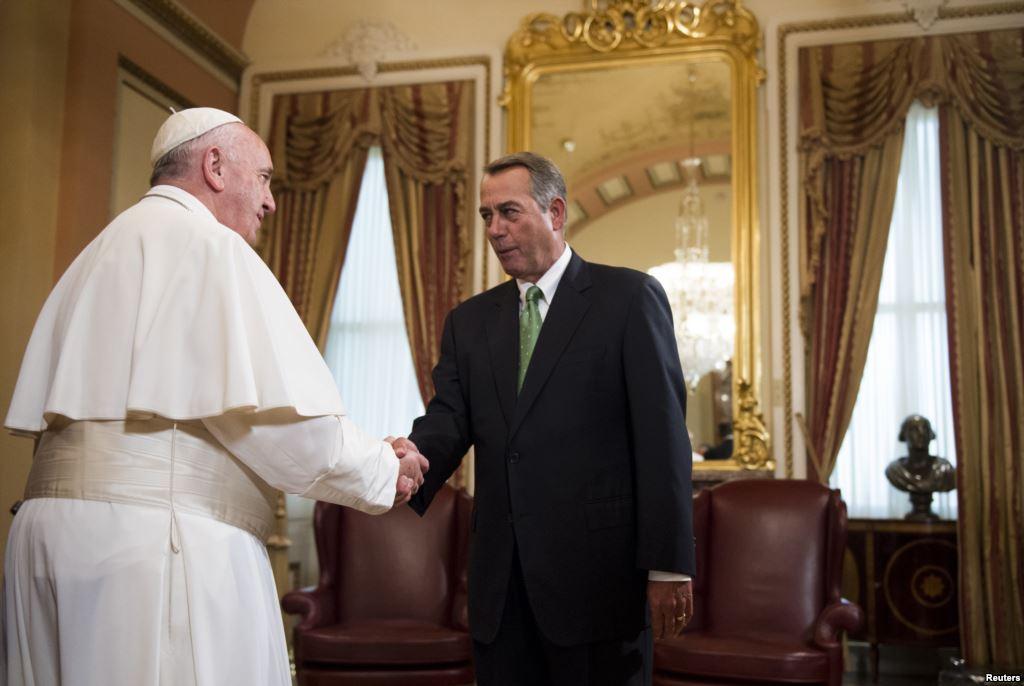 On homosexuality and same-sex marriage
Pope Francis made headlines two years ago when he asked, "If someone is gay and searches for the Lord and has goodwill, who am I to judge?" This was a radical shift in thought from the era of Francis' predecessor, Pope Benedict, who called homosexuality "an intrinsic disorder." Francis' statements followed his requests that his Church be more "welcoming, charitable, compassionate and merciful to all people."

Although Francis maintains his inclusion of homosexuals in the Catholic Church, he is not a supporter of same-sex marriage and was critical of America's decision to legalize same-sex marriage. "This is God's dream for his beloved creation: to see it fulfilled in the loving union between a man and a woman, rejoicing in their shared journey, fruitful in their mutual gift of self," he said on Oct. 4. Some Blazers argue that his comments on marriage are influencing Americans' beliefs, whether they are Catholic or not. "A lot of people will see where he's coming from, even if they're not strict Catholics…and also [oppose] same-sex marriage," junior Kadidja Niare says.

On abortion
In early September, the pope made headlines again when he stated that abortion, a sin in the Catholic Church, is now forgivable by all priests. Contrary to popular belief, his decision was not radical; abortion was always a forgivable sin, but priests had to receive permission from a bishop to forgive it. Now, priests do not have to go through that lengthy process. Although this marks a clear attempt to attract a more liberal audience, Pope Francis has demanded the "absolute respect for life in all its stages and dimensions," a statement which Planned Parenthood board member Margaret Sanger blasted. "His pursuit to stifle contraception access reduces women to basic purveyors of biological materials and denies them the right to plan their own families," she said in a statement. 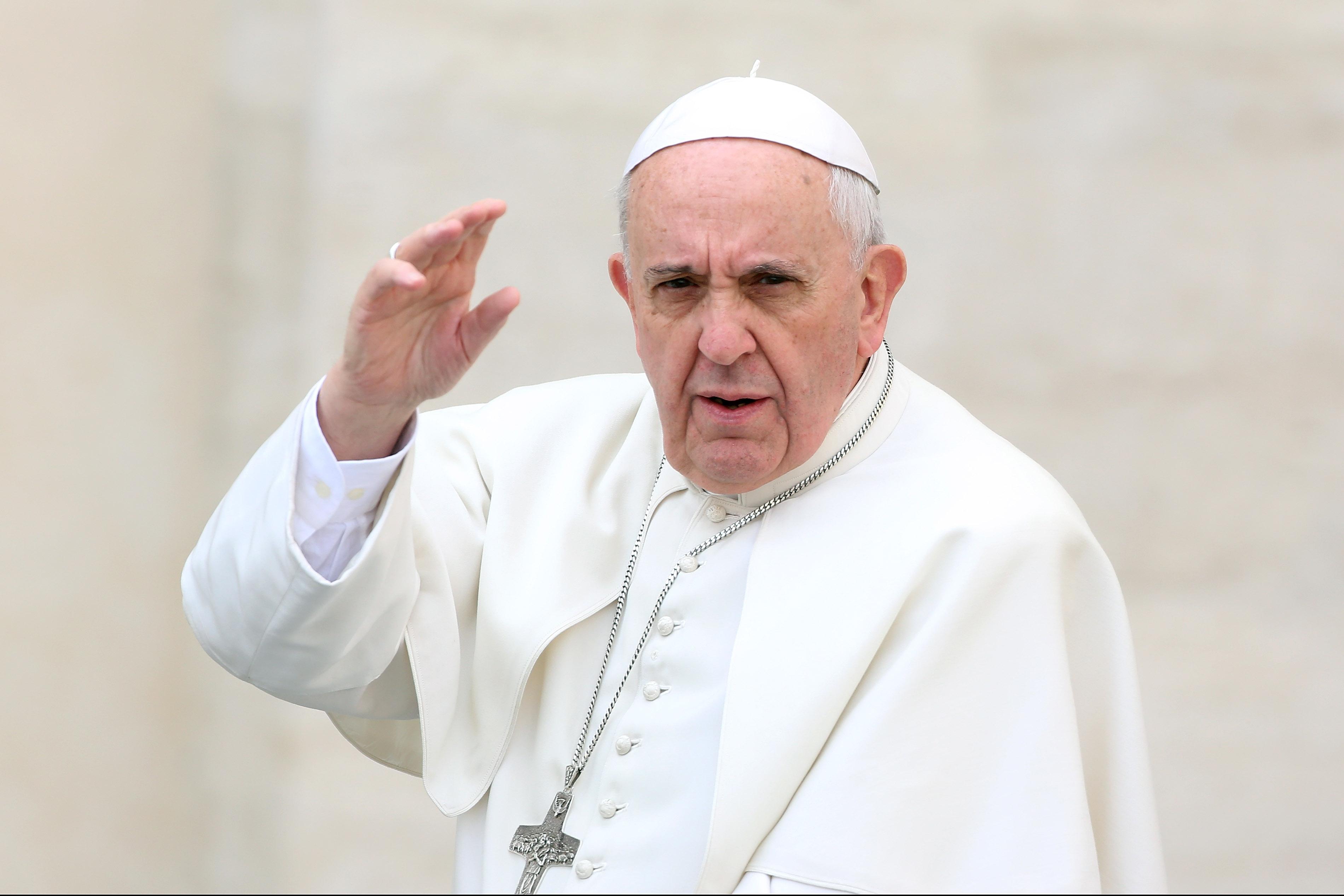 Photo: Pope Francis is in this third year as the pope of the Catholic Church.

Photo: Pope Francis is in this third year as the pope of the Catholic Church. Photo courtesy of Yahoo!.

For senior Ian Ishida, the change in forgiveness gives breathing room to those seeking abortions. "It will probably make people who listen to Pope Francis more open to having abortions," he notes. Senior Desiree Lejano, who is Catholic, also agrees that the decision would make Catholic women feel more comfortable. "Women who go to seek forgiveness for abortion are usually closer to their parish priest, and it should be their decision to forgive them," she explains.

On immigration
Francis has maintained a positive view on immigration amid statements by Republican presidential candidate Donald Trump calling immigrants from Mexico "criminals" and "rapists," Francis. "As the son of an immigrant family, I am happy to be a guest in this country, which was largely built by such families," the Argentinean native said while in D.C. His rhetoric was particularly directed towards Latino immigrants, whom he told in Spanish, "Do not be discouraged by whatever challenges and hardships you face." Trump called Francis' statements "beautiful."

Ishida notes the power of Francis' statements and their far-reaching effects. "Even though he's not a political leader, he still holds far more power just because he has so many followers, and at the end of the day he can say whatever he wants," Ishida explains. Niare also agrees with Francis' beliefs; for her, even though he is not very influential in her life, his statements still give her a degree of comfort. "Pretty much everyone deserves to be in America. Hopefully what the pope says will open people up to accepting immigrants," she says.

On atheists
Perhaps the most famous of the pope's statements are his radical remarks about atheists that differ wildly from those of his predecessors. In 2013, he described how everyone, not only Catholics, was redeemed. "The Lord has redeemed all of us, all of us, with the Blood of Christ: all of us, not just Catholics. Everyone! 'Father, the atheists?' Even the atheists. Everyone! And this Blood makes us children of God of the first class," he said.

Lejano believes that the pope is trying to close the divide between religions. "There's division between those who believe in God and atheists but he's trying to get rid of that division by saying that regardless of your beliefs it's still important to be a good person. He's not preaching to just Catholics as their leader; he's just preaching to people in general," she explains. Ishida also believes that the pope is trying to close this divide, but doesn't think it will make much of a difference. "Theoretically what he's saying should make him appeal to a wider range of people, but I don't think atheists will care anyway," he says.

A different pope
In his two and a half year tenure, Pope Francis has shaken the world with his more radical ideology. Although he may not be important in every single person's life, it's good to know a little more about a leader of 1.2 billion people with so much religious and secular influence – and for Lejano, this influence is for the better. "The Church is changing and he's taking a step in the right direction and towards where we as a society stand," she believes.