Sticking to the truth through media scandals

This editorial represents the views of the Silver Chips Online editorial board.

But the controversial cover story soon drew a firestorm of criticism for heavily relying on anonymous sources and unconfirmed assertions. Many readers questioned the article's veracity and relevance to the senator's run for president. 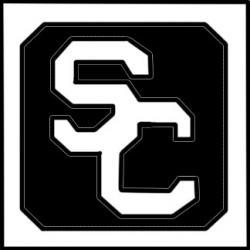 Photo: Silver Chips Online constantly strives to provide a forum for discussion. Click on the graphic to leave a general comment, or scroll down to comment on this article.

Photo: Silver Chips Online constantly strives to provide a forum for discussion. Click on the graphic to leave a general comment, or scroll down to comment on this article.

Less than two weeks earlier, John Lavine, the dean of Northwestern University's renowned Medill School of Journalism, was accused of fabricating an anonymous quote he used in a column for the school's alumni magazine. When confronted about his actions, the dean was unable to identify the name of the student he quoted, produce any recorded evidence of the quote being said or provide any substantial reason for why the quote was anonymous, according to Northwestern's student newspaper, The Daily Northwestern.

With each of these blows comes a hit to the general media that puts the integrity of all journalism - especially high school press - at stake. There is of course the grave chance that the allegations are true. They were true in 1980, when Washington Post reporter Janet Cooke published a Pulitzer-Prize winning story about 8-year-old Jimmy, a completely fabricated boy caught in the despair of poverty and a vicious heroin addiction. Again in 1998, the infamous reporter Stephen Glass was caught for fabricating facts, quotations, individuals and events in dozens of stories, even going as far as to make up fake notes to back up his lies.

These gross violations, which represent only a portion of national media scandals, may lead some readers to call into question the stories published by a paper managed and written entirely by a staff of high school students. As editors on Silver Chips Online, we reassure our readers that we will continue to discover the true voice of the Montgomery Blair High School community as we strive to represent, defend, inform and entertain.

In accordance with our goal to represent that true voice, we do not use anonymous sources unless we feel that the need to tell the source's unique individual story and the source's credibility outweighs the risk of the public's disbelief. Furthermore, no interviews are conducted without first recording the name and position of the interviewee in a notebook. A reporter's notebook can and will be checked by editors on a regular basis to ensure the utmost accuracy in our stories.

In our constant effort to have the opinions of all Blazers heard, we strive to provide a forum for student expression and discussion. The Silver Chips Online comments that create this conversation are essential to maintaining the balance of truth and fairness. In our news stories we remain impartial, but the comment box allows readers to respond with their own opinions. And in the event that a story does contain a mistake, the Blair community can act as our watchdog, making sure that we report the truth and nothing but the truth.

Silver Chips Online is an independent paper. Our net revenue is zero, and we receive sponsorships from no one. But we do have one allegiance, and that is to the people we represent - the people of Montgomery Blair High School and its extended community.