As October comes to a close, so does National Breast Cancer Awareness month. The organization that sponsors the month (which goes by the same name, NBCA) finds new and innovative ways to promote awareness every year. Last year, the NBCA started a game on Facebook. The game consisted of females around the country forwarding around a message in which women were instructed to post the color of their bras in their Facebook or other social networking site statuses. The instructions also had a very clear message—women were supposed to update their statuses but leave men in the dark about what the statuses meant. 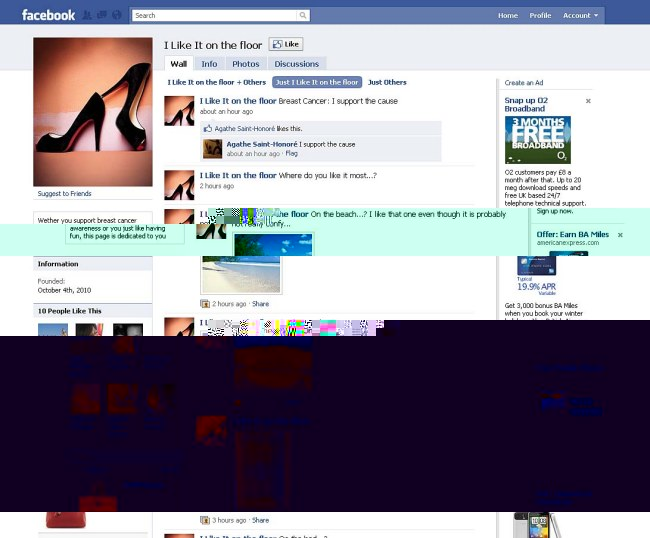 Photo: Women around the country used sexual innuendos on Facebook in order to catch their friends' attention to raise awareness for breast cancer.

Photo: Women around the country used sexual innuendos on Facebook in order to catch their friends' attention to raise awareness for breast cancer.

This year's campaign came in the form of Facebook messaging and statuses once again. This time, women were asked to post in their status the location in which they liked to place their purses. Statuses with phrases such as "I like it on the floor,” and "I like it on my bed” became common, appearing as sexual innuendos to users unaware of the campaign. The NBCA says that the statuses, while fun, were supposed to spread awareness about the issue—not only to other women but men as well. However, the usage of sexual innuendos to spread awareness about breast cancer is not only unnecessary; it simply does not work.

Imaginis, a women's health resource website, presented statistics that show that the increase of awareness campaigns by organizations such as the National Breast Cancer Foundation and the Susan G. Komen for the Cure have led to an increase in mammogram procedures. These organizations have spent years spreading awareness about the disease through factual and informative literature, as well as events such as the annual "Susan G. Komen Walk for the Cure.” This means that women have become more educated about breast cancer awareness and therefore have taken the steps to prevent getting cancer. The NBCA efforts, though cute and somewhat amusing, have no real value towards breast cancer awareness in the way campaigns from other organizations have had. The Facebook statuses are supposed to cause commentary and get people to ask questions about the user's most recent update. But most of the statuses leave other Facebook users confused, and once the out-of-the-loop user finally finds out the meaning behind the status s/he has usually lost interest. 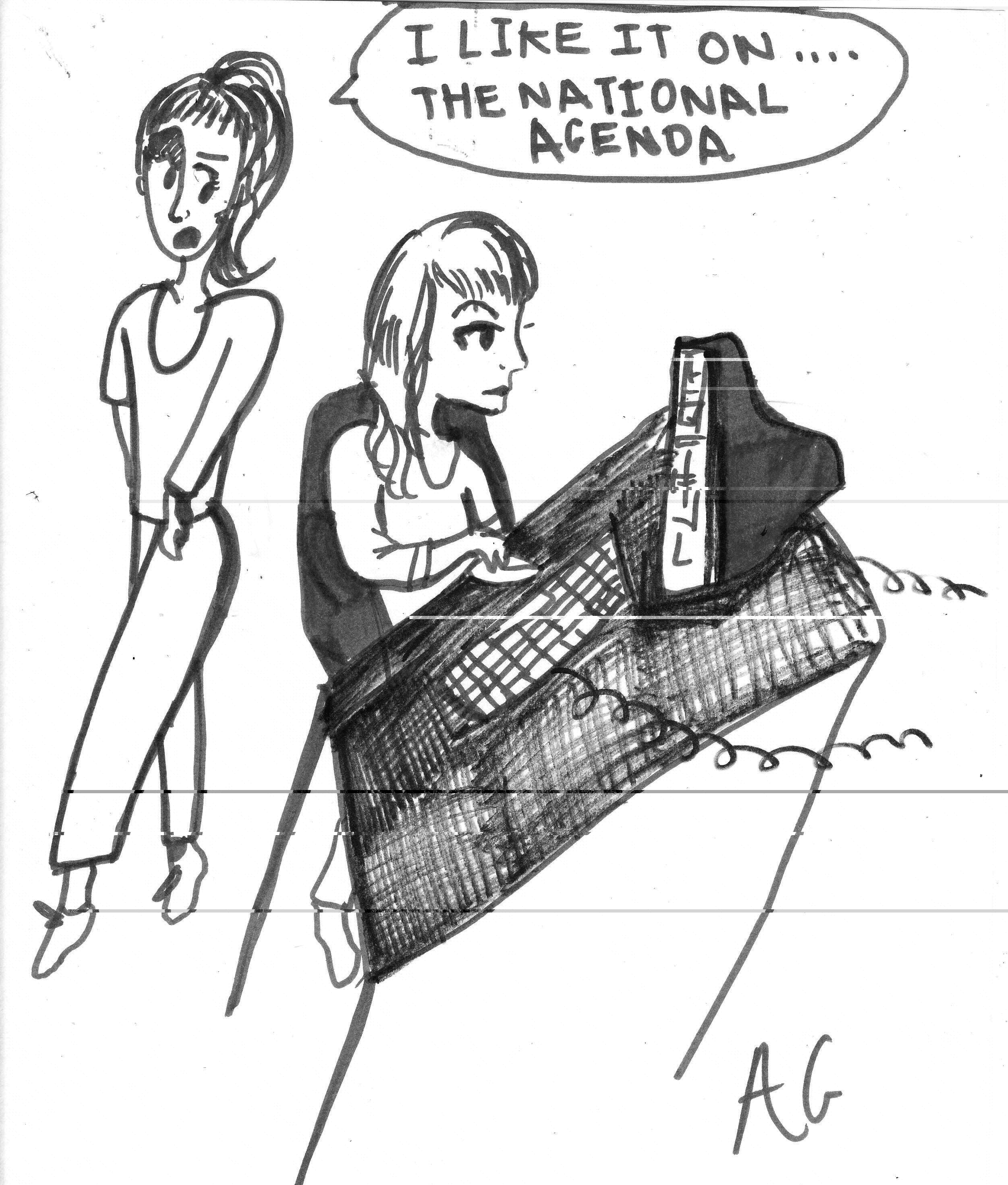 Photo: Organizations are now turning towards social networking sites such as Facebook in order to spread awareness to the country about diseases such as breast cancer.

Photo: Organizations are now turning towards social networking sites such as Facebook in order to spread awareness to the country about diseases such as breast cancer.

It is also important to note the main age group using Facebook and other social networking sites. According to iStrategy Labs, an organization that regularly does demographic and statistic reports, the 18 to 34 age range uses social networking sites most regularly; for this reason conducting a breast cancer campaign on Facebook is not effective. The suggested age for women to start getting mammograms is 40, which makes this younger demographic of women on Facebook less likely to pay attention to the breast cancer awareness promotions going on, even if they understand the consequences and risks of the disease.

When a younger audience receives these types of awareness promotion, it makes it harder to take the real message behind the silly statuses seriously. The message and reasoning behind telling everyone where you "like to put your purse” is lost and the statement just becomes a joke. Not to mention that the idea behind the statuses is to make sexually suggestive updates that spark the attention of your Facebook friends. It is wrong to sexualize cancer in order to promote it, especially if that sexualization can downplay the seriousness of the disease, as this year's campaign has done.

It is certainly commendable that many organizations have been working hard to promote breast cancer awareness and their reasoning behind coming up with new ways to encourage awareness is understandable. However, these organizations should stick to what works and use factual information to reach out to women ages 40 and older in order to ensure that the target age group is aware of the dangers of and prevention strategies for breast cancer.

There are plenty of ways to spread awareness without turning the campaigns into a joke, which is exactly what the little sexual innuendos have started to do.