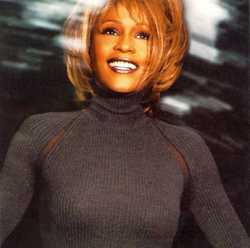 Photo: Whitney Houston, the first female artist to have an album debut at number one on the charts.

Photo: Whitney Houston, the first female artist to have an album debut at number one on the charts.

Whitney Houston is one of the most famous, highest-grossing, female vocal artists to date. She has set many records in album sales and was the first female artist to have an album debut at number one on the charts. Houston is not only a successful singer, however; she has also set up numerous charities and funds to help the less fortunate.

She was born in 1963 in New Jersey to a family of distinguished singers; her mother, Cissy Houston, and her cousin, Dionne Warwick, were both well-known vocal artists. Houston learned from her family's talents and sang mostly at church. She was discovered in 1981 as a model, a beginning career that led to bit parts on television.

Houston got her first record deal in 1985 when she signed with Arista Records to release "Whitney," an album that sold millions of copies at home and overseas and was the biggest-selling album by a solo artist. In 1986, Houston received her first Grammy, and from then on, she enjoyed tremendous success in the music industry. To date, she has received six Grammies and dozens of other awards from the entertainment industry, including 11 NAACP awards.

In addition, Houston is a promoter of charity causes and started an organization of her own to better the lives of children. She has contributed to the United Negro College Fund, the Children's Diabetes Fund and St. Jude's Children's hospital as well.