Who can beat the Heat?

Why the Knicks have the best chance to beat the Heat

Since day one of the NBA season it has been a foregone conclusion that the Miami Heat is the best team in the league. Now that the second round of the playoffs are beginning and the Heat has already manhandled the Bucks, one must ask who can beat the Heat? While the Bulls won game one of the series against Miami, the biggest threat to a repeat may be the New York Knicks. 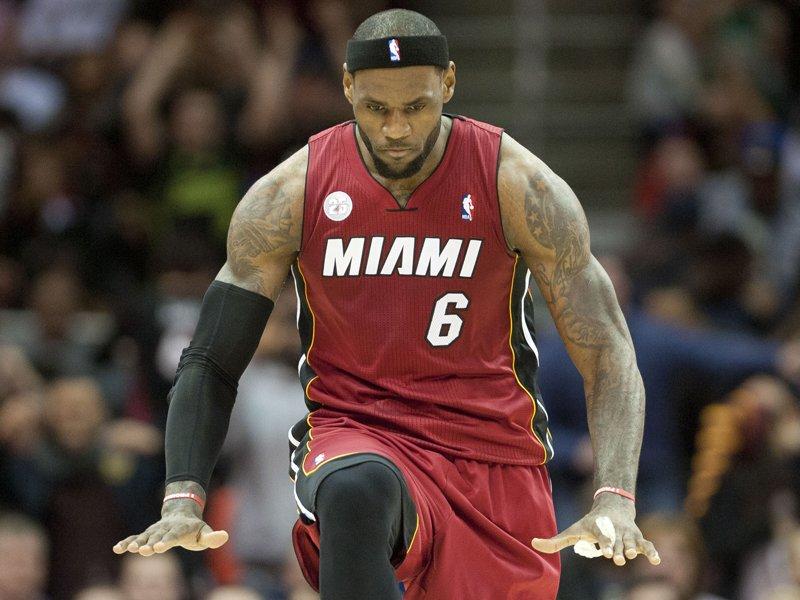 Photo: LeBron and the Heat look to defend their title.

Photo: LeBron and the Heat look to defend their title.

The Miami Heat boasts an electric offense and they are among the best in the league on defense. Not to mention, they have the best player in the league right now and regular season MVP in LeBron James. They also have solid role players like Norris Cole and Mario Chalmers as well as veterans like Ray Allen and Shane Battier that can contribute on any given night. The Heat during the regular season averaged 102.9 points per game (fifth in the league) and led the NBA in field goal percentage at 49.6%. The boys from South Beach, however, are not invincible.

In the regular season they struggled against teams with size that can pound the ball inside and teams with good ball movement who also don't turn the ball over. The Heat lack size in the frontcourt and their high-pressure defense does not fare particularly well against teams that move the ball well in the half court offense.

Thus, the New York Knicks have the most potential to take down the defending champions in the playoffs. The Knicks can certainly score with NBA superstar Carmelo Anthony averaging 28.7 points per game and five other players averaging in double figures during the regular season. The Knicks also had a three-point field goal percentage of 37.6% throughout the regular season, which was good for fourth in the NBA. They are the team that is most likely to be able to keep up with the Heat's prolific offense from outside.

New York also has the overwhelming size that has given the Heat trouble in the past. Tyson Chandler, who is averaging about 9 rebounds per game so far in the postseason, and Kenyon Martin, who leads the Knicks in blocks per game in the playoffs with 1.5, will give the smaller Miami big men problems. Additionally, Iman Shumpert, whose 6'5 frame at the guard position gives teams matchup problems, is an elite rebounding guard who could similarly serve as a problem for Miami. Meanwhile, the Knicks' 11.6 turnovers per game was best in the league.

The Knicks were also the only team to beat the Heat three times in the regular season, winning the season series 3-1. New York is also red hot having ended the season winning 16 of their final 18 games and having beaten the Celtics in the first round of the playoffs.

A team like the San Antonio Spurs has the size and scoring but is not nearly athletic enough to run with the Heat. The Oklahoma City Thunder would have been a major threat had it not been for the injury to point guard Russell Westbrook. This leaves the New York Knicks. They have the scoring ability and the size, they don't turn the ball over, their bench can contribute and they gave Miami trouble in the regular season. In all honesty, I don't really expect any team to dethrone the Heat, but if it's going to happen, it will be the New York Knicks.