You probably know someone who watches Supernatural, Doctor Who or Sherlock, or some combination of all three. You might know someone who is unhealthily obsessed with them, too. Fans of Supernatural, Doctor Who and Sherlock, popularly known as SuperWhoLock fans, are rising both in number and devotion, overtaking social media with their influence. But SuperWhoLock is an complex community.

Supernatural, Doctor Who and Sherlock are all science fiction shows. Supernatural is the story of two brothers who crisscross the country hunting monsters and saving people. Doctor Who is a fifty-year-old show about a time-traveling alien called 'the Doctor' who travels the universe with a friend. Sherlock is a modern-day adaptation of Sir Arthur Conan Doyle's Sherlock Holmes mysteries.

Photo: The term "Superwholock" refers to the fandom of three popular sci-fi shows.

Photo: The term "Superwholock" refers to the fandom of three popular sci-fi shows.

But fans also like the people and writing. "There are really complex characters and the storylines are interesting," says junior Cameron Bauserman.

Another factor that attracts people to SuperWhoLock are the fandoms, or collections of fans, that make up the large community in social media. "The community [is] fun," says Bauserman. Bauserman's access to the fandom, like that of many Blazers, is through the social media site Tumblr, where she reblogs posts about her favorite shows and talks to people all over the world. After she got her Tumblr, she became hooked on the shows. "It was all downhill from there," she says.

Tumblr also got junior Annabelle Leete into the fandom. "I joined Tumblr for feminist stuff and Manga," she explains, but soon she saw pictures of Sherlock displaying some of the unique cinematography. "I like the layout. It was the first thing that I got interested in," she says.

Besides Tumblr, there are other ways to participate in the fandom. Fanart, art based on characters or plotlines from a show, and fanfiction, stories written about characters or plots from a shows, are very common ways for fans to express creativity and interact with the shows. Fans can create their own worlds separate from the world of the show, so if they're unsatisfied with a relationship or a plot twist in the show, they can write or draw their own versions. McDougall, however, prefers to just talk over episodes with her friends and display her affection with merchandise. "I have t-shirts and jewelry," she says.

Despite the overall benefits of the SuperWhoLock fandom, there are some issues within the community. As the shows continue, for example, there have been perceived dips in show quality. For example, Doctor Who and Sherlock writer Stephen Moffat has drawn a lot of criticism for his work on both shows. Some fans say that his Doctor Who plots are full of holes, and that they take away the impact of the Doctor's decisions and negate important messages of the show such as justice and redemption. "There's so many problems with it, I've given it up," says once-devoted Doctor Who fan Stephanie Renich.

Photo: Writer Steven Moffat has been widely criticized for his plots.

Photo: Writer Steven Moffat has been widely criticized for his plots.

Additionally, the plots seem to conspire against the character development of the protagonists. According to an blog post, about Sherlock season 3 "A friend of mine has aptly described both Moffat's Sherlock universe and the world of his Doctor Who as largely devoid of consequences: neither male hero is ever made to regret anything lastingly and consistently. There's always eventually an out." Moffat's Sherlock has also drawn criticism because of the similarities between Sherlock and Doctor Who.

Moffat also contributes to another problem with SuperWhoLock: representation. The biggest concern with a lot of fans is the lack of representation of women, people from the LGBTQA community and people of color, despite the large role those groups play in the fandom. Moffat's work tends to minimize the role of women by making them secondary to his male characters and limiting their influence.

Moffat himself has said unsavory things about both women and LGBTQA people. First of all, he needs the Doctor's companion to be female because no one else will have a crush on the Doctor. According to an interview, he thinks that girls "are needy. Men can go for longer, more happily, without women." He recognizes the huge female fan base of Sherlock, but still believes it's because they "all believe that they'll be the one to melt that glacier" of Sherlock's icy aloofness.

As for LGBTQA characters, Moffat has had a few, but most come as either a punchline, like Doctor Who's Madame Vastra and her partner Jenny—a Victorian, lesbian, interspecies couple—or they are going through a phase, like Oswin Oswald or Irene Adler, a lesbian who falls in love with Sherlock Holmes. Although he has claimed that many of his characters are bisexual, he has said that bisexual representation is unnecessary: as he wrote in a since deleted tweet, "We don't acknowledge you on television cos you're having FAR TOO MUCH FUN. You probably don't even watch cos you're so BUSY!!" Finally, there are barely any people of color at all on any of these shows, other than one reoccurring character in Sherlock and a few in Doctor Who who have since been killed off. 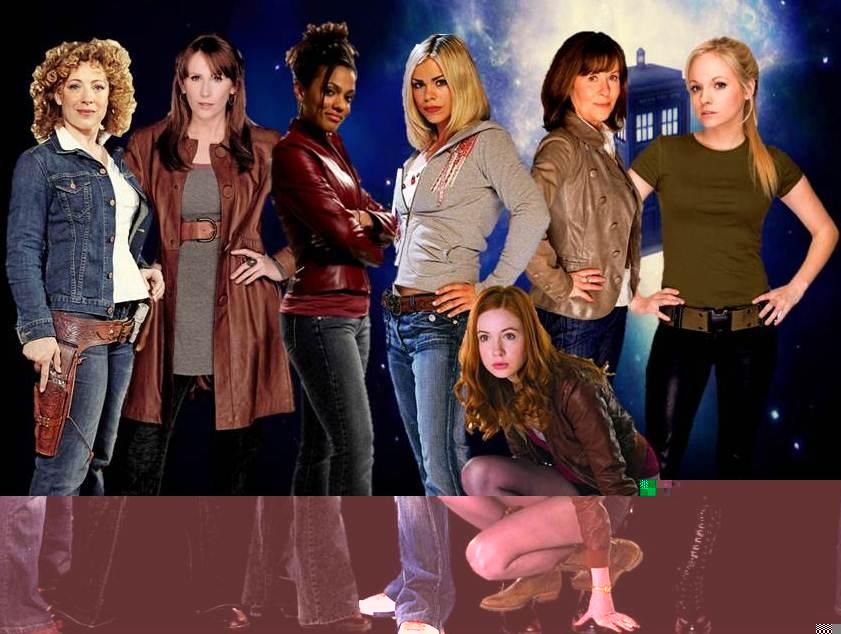 Photo: Most of the Doctor's female companions are eventually killed off.

Photo: Most of the Doctor's female companions are eventually killed off.

Supernatural has drawn criticism about representation as well. When there are characters of any kind of minority, they are usually killed off or never seen again. Supernatural had "Ellen, Jo, Bela, Lisa, Amelia, Jess, Anna, Lenore, Missouri, Madison, Pamela, Ava and Meg. But most women on this show exist only to backstab, or die tragically, or disappear from our heroes lives forever, never to be mentioned again." There are even fewer racial minorities or LGBTQA people, who are also killed off or discarded. Charlie, the only reoccurring lesbian or even female character who survives, only recently came back after a two-season hiatus.

Like everything that adults aren't hip to, fans get a hard rep in the media. Usually, fans of fiction, especially teenage girls, are marginalized and considered nerdy or silly. This stigma extends to the outlets of their devotion, specifically to Tumblr blogs, fanart and fanfiction, which the media uses to try to get a reaction out of the actors. For example, British writer Caitlin Moran tried to trick Sherlock stars Martin Freeman and Benedict Cumberbatch into reading explicit homoerotic fanfiction between their characters, presumably to embarrass them. The media also degrades fans for being devoted, creating nicknames for them like "Cumberb*tches." To be fair, fan devotion can be very enthusiastic in a way that makes them come off as crazed or laughable to the media. "Fangirls are crazy, pretty much like in any other fandom," McDougall says.

Even with the flaws in the shows and the stigma from the media, the SuperWhoLock community is hugely popular. People continue to watch and talk about these shows to a great extent, and the influence of the fandom extends very far. And despite the problems, there are a lot of things fans appreciate. "The leads are attractive. It doesn't hurt," Bauserman laughs. Leete enjoys the fandom's presence on social media. "I love that the fandom has a gif for everything," Leete says. SuperWhoLock is a big part of a lot of people's lives, and because of the fandom's many positive qualities, it will likely stay that way. We just wish Moffat would get his act together.