We first fell in love with Agent Peggy Carter (Hayley Atwell) in "Captain America: The First Avenger." She's strong and capable of doing, as Atwell noted in a paraphrase of Ginger Rogers's famous quote, "everything Captain America can do, but backwards and in high heels." She fell for Steve Rodgers, not because he's extremely attractive (admit it, that's part of the reason why we all love him in the first place), but because he treated her with the respect she deserved. So, when Marvel announced that its second television series would expand on Peggy's story, fans were ecstatic. And "Marvel's Agent Carter," ABC's seven-part television event, lives up to the hype. 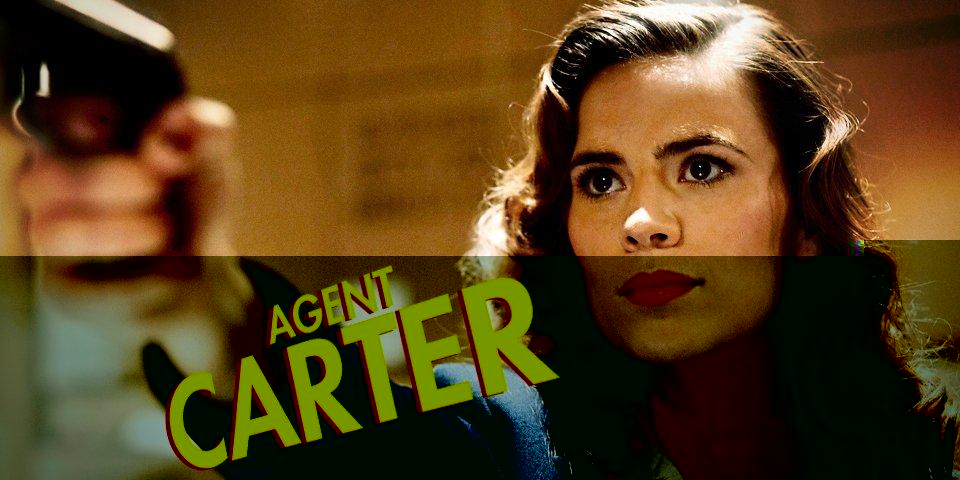 Photo: "Agent Carter," featuring superhero Peggy Carter, has everything you could want out of a TV show.

Photo: "Agent Carter," featuring superhero Peggy Carter, has everything you could want out of a TV show.

"Agent Carter" begins a year after World War II ends. Peggy is working for the New York branch of the Strategic Scientific Reserve (the SSR), where, despite all her great work during the war, she is treated like a secretary because of her gender. Desperate to prove herself, Peggy jumps at the chance when Howard Stark (Dominic Cooper) asks her to secretly find out who stole his most dangerous inventions. Sure, it may not be the most original of plots—how many times is a Stark creation going to cause trouble in a Marvel movie?—but the show pulls it off with smart writing and an amazing lead.

It's a story unlike any other superhero story, because Peggy is unlike any other superhero. She is strong and feminine, and she doesn't let people walk over her—which, in the post-war era, is important. She makes sure to assert herself as a woman in a field primarily dominated by men, but she doesn't do it by trying to be 'manly.' She's pretty and kickass at the same time, using her womanly wiles and 'girly' accessories to solve problems and get herself out of trouble. In addition to her male compatriots, she has female friends who are also pretty well-developed and who help humanize Peggy. But Peggy is a champion of feminism in the world of Hollywood as well. She is not meant to be the love interest of any male, because that part of her life is in the past. She is unapologetically a strong leading woman and she is changing things for the better.

There are plenty of great characters in addition to Peggy. Edwin Jarvis (James D'Arcy), Howard Stark's butler, assists Peggy on her adventures. He treats her with respect and knows when to stand back and when to help out. His charming mix of espionage excellence and English properness adds humor to many scenes. Howard Stark himself is a great character: the show expands on his role in "Captain America: the First Avenger" to make him morally grey. The show explores some of his more questionable decisions, which only lends to his charisma and intrigue. For all its great characters and talented cast, though, "Agent Carter" does lack in one place: the development of—ironically—the male agents. Although there are fairly well-known actors like Chad Michael Murray ("One Tree Hill," "Gilmore Girls"), Shea Whigham ("Boardwalk Empire") and Enver Gjokaj ("Dollhouse"), many of the agents are indistinguishable from one another. They seem to be there just so that Peggy can throw back her hilarious one-liners to their sexist remarks. (At one point SSR agent Jack Thompson (Murray) asks Peggy to file some papers because she's "really so much better at that kind of thing," to which she replies, "What kind of thing is that, Agent Thompson? The alphabet?"). Perhaps future episodes will go into a little more depth in order to understand the SSR and Peggy's world.

Like any great superhero endeavor, Agent Carter is filled with cool technology and science, explosions and plenty of fighting. It's not too much to be overwhelming, but the right amount to be exciting and enticing. There's also a great new villain (Leviathan) for Peggy to face, and the plot is promising.

If you are a fan of Marvel's Agents of SHIELD, of superheroes of any kind or simply an appreciator of kickass, well-written women, "Agent Carter" fits the bill. It is a gripping and excellent show that offers everything you could hope for: mystery, superheroes, science, spies and realistic females.

"Agent Carter" airs on Tuesdays at 9pm on ABC.