Whose turn to host?

Now that we've concluded the 2014 Winter Olympics, we're already looking ahead to future world sporting events. Imagine the Olympics or World Cup being held in our own hometown: Washington DC. Athletes from all around the world would meet in our backyard to put together some of the greatest athletic events of all time – we can all agree about how amazing that would be. A lot of cities think the same way, so they apply to host. Some of these cities have the solid economic plans that are necessary to host these events while others do not. Lately, lately many of those unprepared cities have been chosen to host the games, resulting in danger situations for athletes, media members and average citizens in the city hosting the games. 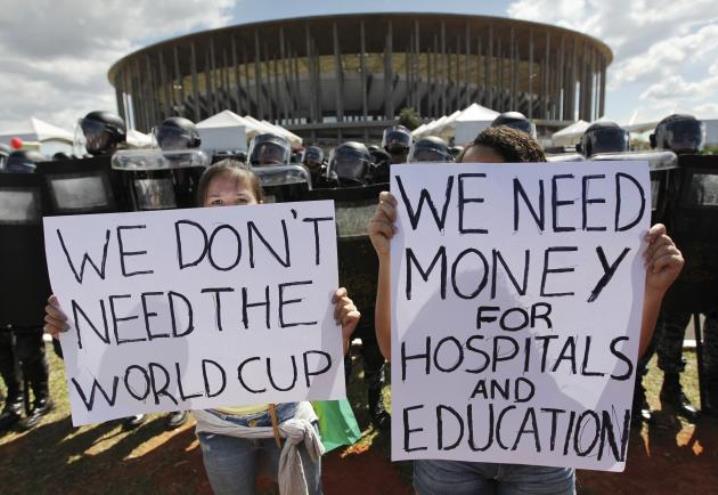 Photo: Many Brazilians are up in arms about the way their government has taken funds out of the community to construct World Cup stadiums.

Photo: Many Brazilians are up in arms about the way their government has taken funds out of the community to construct World Cup stadiums.

The International Olympic Committee (IOC) and the "Fédération Internationale de Football Association" (Fifa) must be more responsible when choosing locations for their events to preserve the great traditions their respective games.

Everyone seems to be buzzing about the problems that have haunted these Olympics in Sochi such as unfinished buildings, uncovered pot holes, human rights issues, terrorist threats and poorly conditioned hotel rooms for the athletes and media members.

However, this is certainly not the first time the Olympic location has been the center of controversy. In the 2008 Olympics, many fans and athletes in China were disgruntled when promises by the Chinese government to limit pollution in the city which were not met. Additionally, 50,000 human rights activists were arrested in Beijing for being outspoken against the nearly 15,000 civilian homes destroyed by the government to make space for Olympic stadiums.

"Fédération Internationale de Football Association" (Fifa) has not been much better in choosing their locations for the World Cup. The 2010 World Cup in South Africa was marred by the controversies of vuvuzelas during games and awful officiating from referees and many Brazilians have hit the streets in protest over the lack of funds given to communities in favor of the World Cup and the displacement of citizens all over Rio de Janeiro where the soccer is to be held this summer.

Recently, the 2022 Fifa World Cup was chosen to be held in Qatar after a narrow majority vote lead over the USA. Given its economic stability and opulence, Qatar can seem like a great place to hold the World Cup, until one finds out that Qatar temperatures in the summer usually exceed 110 degrees Fahrenheit, making it very unsafe for players to compete. Qatar also remains a concern for human rights especially for women, resulting in an outcry from feminists worldwide at the decision. 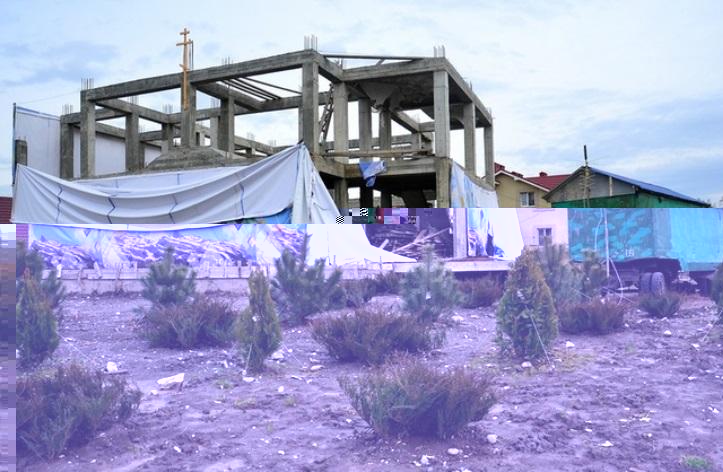 Photo: The "Sochi Olympic Cultural Center" is among the many buildings still not yet completed as the Olympic Games near its end.

Photo: The "Sochi Olympic Cultural Center" is among the many buildings still not yet completed as the Olympic Games near its end.

Finally, Fifa and the IOC have done a poor job of coordinating hosts for events by giving countries two major events consecutively in a short time span to give already unprepared nations even more on their plates. Examples include Russia, who struggled to host the current Winter Olympics being chosen as the hosts for the World Cup in six years. And Brazil, who currently has people protesting the way their government displaced people to build World Cup stadiums, has to somehow get ready in a different way for the Olympics in two years, a seemingly impossible feat considering the problems the Brazilian Government is already having with the world cup.

So now we wonder: how does a country so unprepared to host such a lucrative worldwide event get the designation by Fifa or by the IOC to host it?

Well the first and most obvious answer is money. Rumors are constantly surfacing that the IOC and Fifa accept illegal bribes by cities to skew the votes of where to host events in their favor. Another possible reason for this is advertising, different cities can advertise for the World Cup and the Olympics to be hosted in their city through their media which is completely legal. Rumors also surface that it can sway voters in where they vote for events to be held.

No matter the reason, it is irresponsible and cowardly for Fifa and the IOC to pick cities to host events that it knows it not prepared for such a decree. The voting process for cities needs to be reshaped so that the voters are less swayed and the most prepared city can host events.

Washington D.C. has placed a bid to the IOC to host the 2024 summer Olympics, but whether its bid has been accepted is up in the air. However, the decision should be made based on the economic plan from the city that seems most prepared to construct the spectacle and adhere to the people living in that city.