Why colleges should scrap the SAT

Teacher recommendations, essays, transcripts, standardized test scores — all of these have long been part of the college application process around the United States. But while the first three allow schools to get a taste of an applicant's academic abilities and personality, the last one doesn't indicate much except a student's test-taking skills and relative privilege. For institutions of higher education to truly show that they want prospective students to be well-rounded rather than simply talented at testing, they need to stop requiring submission of SAT or other standardized test scores during the application process.

The SAT itself does not measure much more than students' capability to bubble in answers. First given to a group of about 8,000 high schoolers in 1926, it was originally called the Scholastic Aptitude Test. Developers of the test meant to measure the testers' innate ability to perform well, emphasizing natural talent and inclination over learned material.

Although the original name was dropped and the acronym now doesn't stand for anything, there's a consensus from experts that the test fails to accurately reflect academic ability or potential for success. "The nature of standardized exams — fast-paced, multiple-choice 'games' that put a premium on strategic guessing — means that they advantage students with strong test-taking skills, not necessarily those with other talents that may be more valuable in the classroom or in life," Bob Schaeffer, public education director of the National Center for Fair & Open Testing, said. He later added that SAT advocates do not consider students' ability to expand their knowledge of various subjects after taking the test. Senior Rafeal Girma agreed that a student's performance on the SAT largely depends on their skill at the time. "I think it really depends on the student — some students are bad test-takers. But there's also tips and tricks that you can use to get better, which really helped me," he said. ﻿ 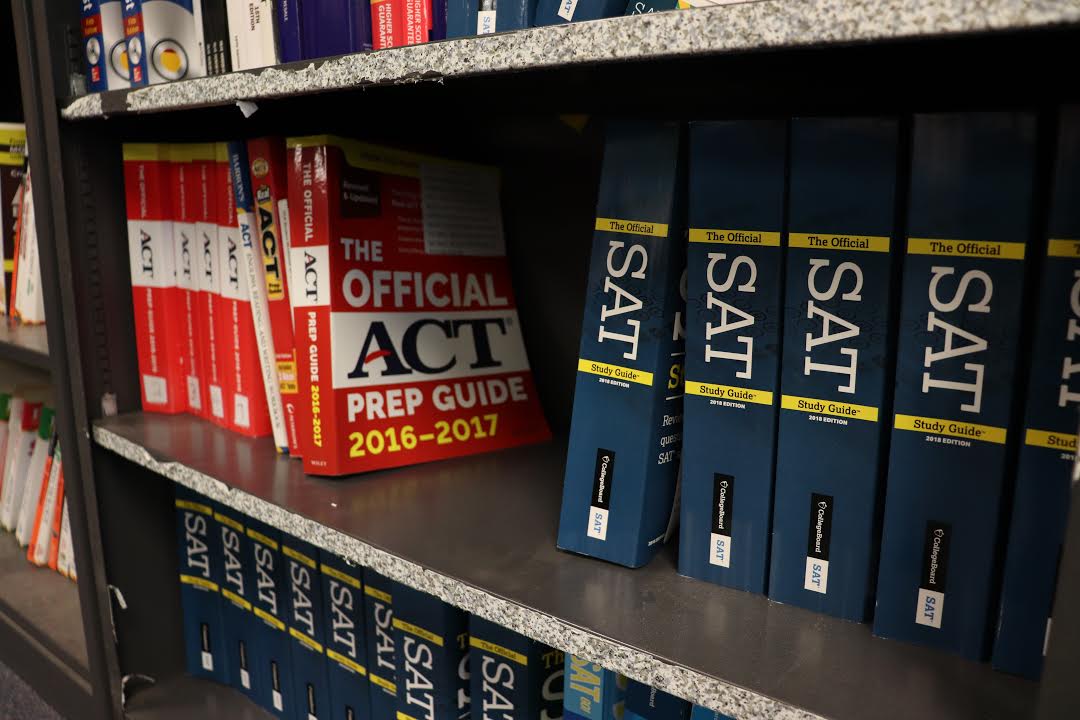 Photo: Submitting SAT scores should no longer be required for students who apply to colleges.

Photo: Submitting SAT scores should no longer be required for students who apply to colleges.

But there are clear links between an individual's socio-economic status and their performance on the SAT, meaning that succeeding on the test can be difficult for students who don't have access to the "tips and tricks" that Girma mentioned. The College Board's own data shows a correlation between higher family income and higher overall scores on the test. The key to succeeding on most standardized tests is a very specific type of preparation often gained through pricey boot-camps, tutors and textbooks. Thus, teenagers whose families who earn less money and don't have hundreds of dollars to invest in those materials face a disadvantage when it comes to actually taking the test.

Racial disparities in test results are evident as well. The history of the SAT is rooted in racism; the earliest model was used to place World War I soldiers in segregated units. Score information released by the College Board shows that there are noticeable differences between different racial groups' SAT results. During the 2016-2017 school year, during which the newest version of the SAT was given, 71 percent and 59 percent of Asian and white students respectively received benchmark scores on both the verbal and math sections, while only 31 percent of Latino students and 20 percent of black students got benchmark scores.

Considering the fact that testing skills usually begin to be taught at an early age, when schools with heavy Latino and black populations are not provided with the same resources as primarily white and Asian schools, the fairness of the SAT as an ability indicator should be questioned. Pinning a student's college admission largely on whether they have the privilege to put time and money into test prep, as well as if they are provided with equitable resources by society, is a practice that needs to be eliminated.

Another issue that arises is the cost of sending scores to colleges. There is currently a $12 fee per score report per college, which can add up quickly for those who don't qualify for fee waivers, as well as those who do qualify but plan to send scores to more than the free eight colleges that waivers guarantee. Girma was one student who expressed annoyance with the submission cost. "I don't see why you have to spend [$12] for each school, because it adds up — with the application fee and everything, it's just a lot of money to spend per school," he said. Although anyone who registers for the SAT automatically receives four free score reports, those reports have to be sent to schools before the student actually sees their SAT score, making them seemingly pointless.

Those who argue that dropping standardized test requirements is not logistically possible or will hinder colleges from seeing students' prospects can look to the 1000-plus accredited, successful schools that are already test-optional. A recent study, conducted in part by a former Dean of Admissions for Bates College, found a correlation between "test-flexible" policies and increased numbers of Latino and black students who applied and were admitted to the schools in question. The study also confirmed that people who didn't submit standardized-test scores had equal or higher graduation rates when compared with those who did submit scores. Countless prestigious schools have seen positive results such as diversification from abandoning score requirements, making it clear that switching to a test-optional system is the right answer for all higher education institutions.

Standardized tests like the SAT are a very narrow measure of students' talents. They mostly rely on a person's natural test-taking skill and access to resources, ignoring their creativity, potential to grow, effort and other valuable factors. To become more fair and remove the longstanding societal emphasis on numbers, colleges need to make it optional to submit test scores when applying.