Why “Die Hard” is the best Christmas movie

The 1988 classic is the only movie to truly encapsulate the Christmas spirit.

Holiday movies have a rich and varied history in the United States, and Christmas movies are no exception. They can be as hilarious as Will Ferrell’s “Elf,” as heartwarming as “It’s a Wonderful Life” or as strange as “The Nightmare Before Christmas.” And yet as good as these classic films all are, none of them come close to the “Godfather” of all Christmas movies, the holiday magic that is “Die Hard.”

Unfortunately, many movie-watchers are under the failed impression that “Die Hard” is not a Christmas movie. This however, is factually inaccurate. “Die Hard,” like most holiday films, tells a fundamentally human story about connection and familial love set against a backdrop of bright lights, green trees and white powder (even if it is cocaine in this case.)

“Die Hard’s” story revolves around John McClane (Bruce Willis), a New York City police officer in Los Angeles visiting his wife at her boss’s Christmas party. Their marriage is on the rocks, and McClane’s trip over the break is a last-ditch attempt to save their once passionate love. This attempt is complicated when a group of European terrorists, led by Hans Gruber (Alan Rickman), takes over the building, leaving McClane as the only one able to defeat the bad guys and save the day.

This plot, in and of itself, could not be more “Christmas.” Like in all Christmas movies, the protagonist is a do-gooder out to spread cheer and the antagonist is a grumpy Scrooge motivated by selfish greed and arrogance. The crux of the film, like all great holiday films, is the clashing of these two conflicting ideologies. And of course, in “Die Hard” the valiant hero vanquishes the sinister Scrooge. 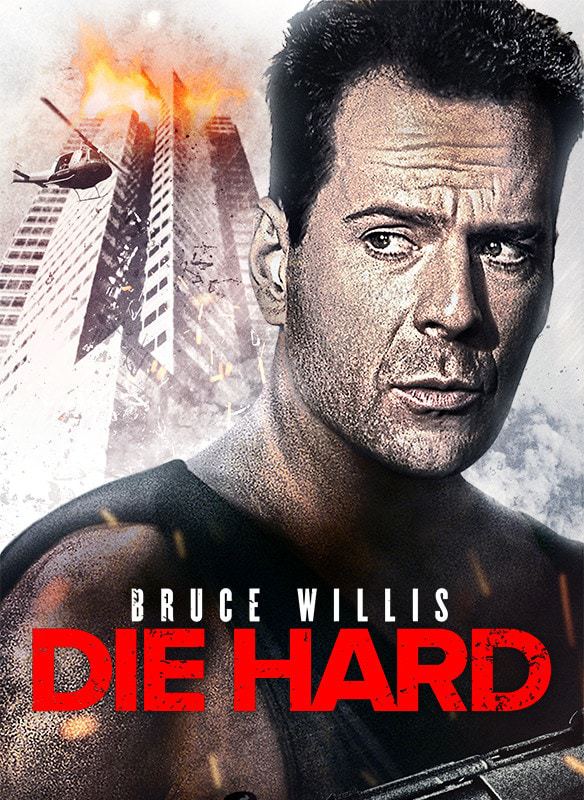 The themes exemplify Christmas just as strongly. At the core of “Die Hard,” behind all of the shooting, wisecracks, and explosions, is the story of a man wishing to reconnect with his family. Is this not a similar theme explored in such films as “Elf?” (it should be noted Elf was released in 2003, 15 years after “Die Hard.” Coincidence? I think not). Every single act, every word spoken by McClane, is driven by his love for his family and his desire to connect with them once again.

However, one cannot simply forget the iconic action, which encapsulates Christmas just as well as its themes and characters do. Christmas is a time of joy, suspense and excitement, and who can feel anything but joy when McClaine fills a deadly enemy full of lead while hiding underneath a table?

What viewer’s body doesn’t tingle with tension when Gruber poses as a hostage to trick McClane and avoid capture, like a child awaiting presents under the tree? Who can feel anything but excitement when McClane ties a fire hose around his waist and swings off the building and onto another floor, as acrobatic and lithe as Santa sliding down the chimney.

And the one-liners, oh the one-liners! God bless them, every one! Whose heart didn’t swell with cheer like the Grinch’s when they heard the line “Ho-Ho-Ho, now I have a machine gun?” And does anyone truly believe, that as Santa slides down the chimney, he would not say to himself, “yippee-ki-yay, motherf***er?”

Only the Grinch would deny that.

“Die Hard” wholeheartedly embraces the Christmas season and its messages, unlike much of the media that permeates the holiday season. Amongst all of the television shows, songs, and even films with a “Christmasy” title designed to make them marketable at the holidays, it manages to stand out.

Plus, his tank top is in the National Museum of American history. What other Christmas film can say that?