Why do we put up with AYP and NCLB?

In an attempt to save the country's floundering education system, the federal government enacted the No Child Left Behind Act (NCLB) in 2001 to set minimum standards for student proficiency in reading and mathematics. Under NCLB, Blair has failed to meet Adequate Yearly Progress (AYP) standards for two years in a row. However, all of the fault for the failure should not be heaped on Blair alone. The government's methods to help schools meet the standards disregard differences in the way education is run in states and impose unreasonable constraints on state governments. 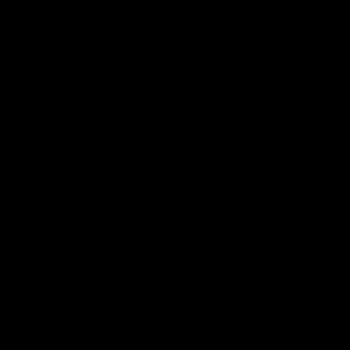 Photo:
For the second time, Blair has failed to meet AYP two years in a row (the first was in 2003 and 2004). The school failed to meet AYP in the reading category among Special Education students in 2006 and Limited English Proficient students in 2007, a double failure that has major implications for the future: if Blair is still not able to make AYP for a few more years in a row, the state government will restructure the school.

But the roots of Blair's problems stem from the beginning of NCLB. When the federal government initiated programs designed to ensure that state education systems meet NCLB's standards, it provided state governments with little assistance. States were expected to carry the burden of creating fair tests and curricula to conform to national standards. Districts also differ in implementing state regulations – they have to in order to suit local needs. The bureaucracy leaves plenty of room for variation among districts as well as states.

Such variation gives some students an advantage over others. The Missouri State Board of Education, for example, intentionally lowered the standards for measuring proficiency in January 2006, making it easier for its schools to meet AYP. States that have a lower number of people meeting proficiency are given lower standards. Blair is subjected to higher standards, since schools in Maryland are slightly above the national average in proficiency, according to the National Assessment of Educational Progress (NAEP), the only comparable nationwide assessment of students.

Additionally, NCLB requires that students be grouped into eight categories. Five of these are based on race and the other three group students into those who are in special education programs, who receive meal subsidies and who have limited proficiency in English. This federal mandated grouping does not allow for states and school districts to sort their students based on their own area's diversity, thus creating more problems – Blair is quite diverse.

According to NCLB's rules, when one group in a school is unable to make AYP, the entire school fails to meet AYP. Blair as a whole has not failed AYP – only certain subgroups. "It's kind of a mixed bag. It's good that it makes it noticed, but bad that it puts the blame on one group," Joseph Bellino, ESOL Resource Teacher, says.

NCLB fails to recognize that in order for groups to be proficient, they require special attention from instructors and administrators. It is unreasonable to fail an entire school if nearly all the groups are making AYP. The same attention to underperforming groups can be established without putting blame on one group or the entire school – absolve the groups when assessing the school as a whole.

Currently, the Limited English Proficient group at Blair is under a predicament. Of the 44 ESOL students who took the test that are still taking ESOL, only four passed the English High School Assessment (HSA). The test, designed for tenth graders, is currently taken by students who are still learning English.

"It takes five to ten years for a foreign student to compete with native speaking students," Bellino says. "The test should be taken by former ESOL students, but current ESOL students also take the test." Students who are just immigrating to the United States simply cannot be expected to pass a test designed for students with English as their first language.

There is hope that Maryland will change regulations for meeting AYP so that Blair has a better chance of meeting NCLB standards, but the proposals still need to be approved by the federal government before they can be put into effect. "My guess is that Maryland will try to implement an alternative test for AYP, but it may not be accepted by the federal government," Bellino says.

Under these conditions, it will be impossible for Blair to achieve the promising success that President Bush had in mind when he introduced NCLB. "To say that by 2014, 100% of students will be proficient is just not going to happen," Bellino says. ESOL students require more time and money to give them the same opportunities as other students at Blair.

Nationwide, proficiency among all twelfth graders has decreased in reading from 80 percent in 1992 to 73 percent in 2005. Only 61 percent of twelfth graders are proficient in mathematics. The nation itself has serious problems that NCLB does not seem to be solving – only at the 90th percentile, scores of students are not decreasing, according to NAEP.

If the government wants to ensure that every American student's education is improved, it needs to reform NCLB. Education at Blair and in this country will not be improved by 2014 if NCLB is not reformed or repealed.