Why is Y2K coming back?

Many popular 2000s styles are making their way back into the fashion scene.

Y2K - Reminiscent of a time a little over twenty years ago, it’s everywhere you look: baby tees, low-waisted pants, cargos, colorful prints, cardigans and tracksuits. In order to understand why Y2K is making this huge comeback, we first have to understand what this era meant for fashion.

Essentially the opposite of minimalism, Y2K (which stands for Year 2000) was all about mixing statement pieces. Characterized by unique bags, bold hats and belts, bright colors, rhinestones and lots of layering, it took inspiration from the hippie styles of the 1960s and the colorful statement pieces of the 1980s. These attributes mixed together to form Y2K fashion, a combination of elements from the different styles of the past. 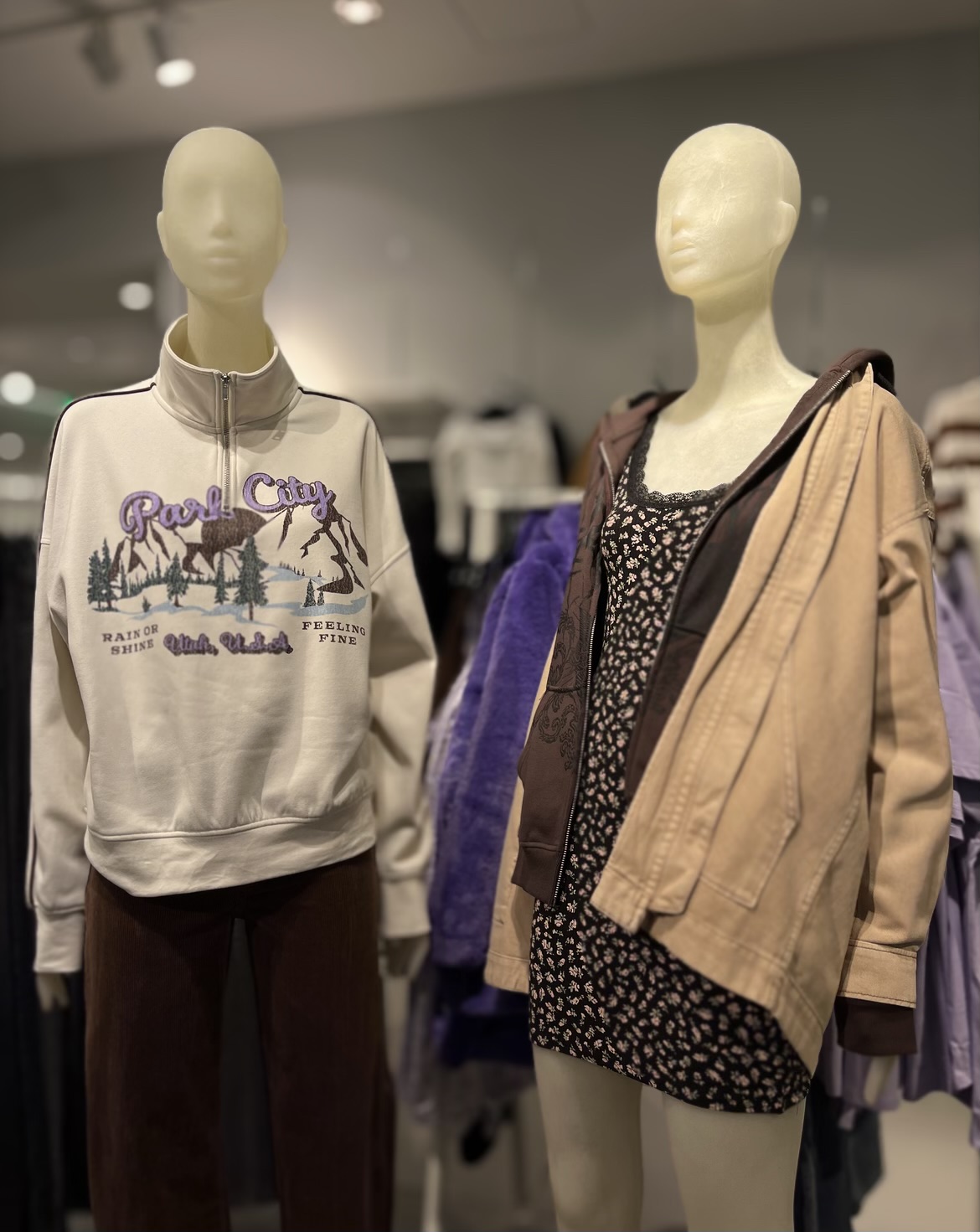 Photo: An H&M manikin sports the layered looks of the early 2000s.

Lately, many Y2K styles have been resurfacing in mainstream fashion. Stores like Romwe and Shein even have entire sections on their websites dedicated to the trend (though I would highly discourage buying from these stores unless they are your only affordable option for clothing because of their use of child labor). Other stores, like H&M and Forever 21 have more casually integrated these fashions, adding Y2K staples like low waisted jeans and baby tees into their clothing sections.

Blair fashion illustration teacher Sarah Breeden attributes the comeback of these popular styles to millennials in the industry enjoying the nostalgia of their past. “You have these adults making these decisions, and it seems to be what they wore when they were younger,” Breeden says. Y2K fashion is uniquely nostalgic because it mixes numerous aesthetics of the past.

According to Breeden, fashion operates on somewhat of a 20-year cycle. This makes sense considering that Y2K was, in fact, 20 years ago. When taking into account the influence of the 1960s and 1980s on the 2000s, both of which are 20 years apart, the concept of a 20-year cycle proves to be accurate. Most fashion experts also agree with this idea, including Colleen Hill, fashion curator at the Museum at the Fashion Institute of Technology. “20 years often provides ample time for past styles to look fresh and interesting again,” Hill writes.

Fashion trends always take inspiration from the past as people consistently return to what was comfortable and has worked in before. “I feel like there’s nothing new to do, so [the past] is where people go… [to] see what’s been done before,” Breeden says.

While many of Breeden’s fashion illustration students take inspiration from their own styles, Breeden has noticed the subtle trends sneaking their way into designs. “A lot of students are doing the flared pant legs… crop tops are really coming back right now too,” Breeden says. Looking back on Blair’s fashion show last year, she remembers belts and necklaces were popular ways to accessorize — very reminiscent of the trends of the early 2000s. 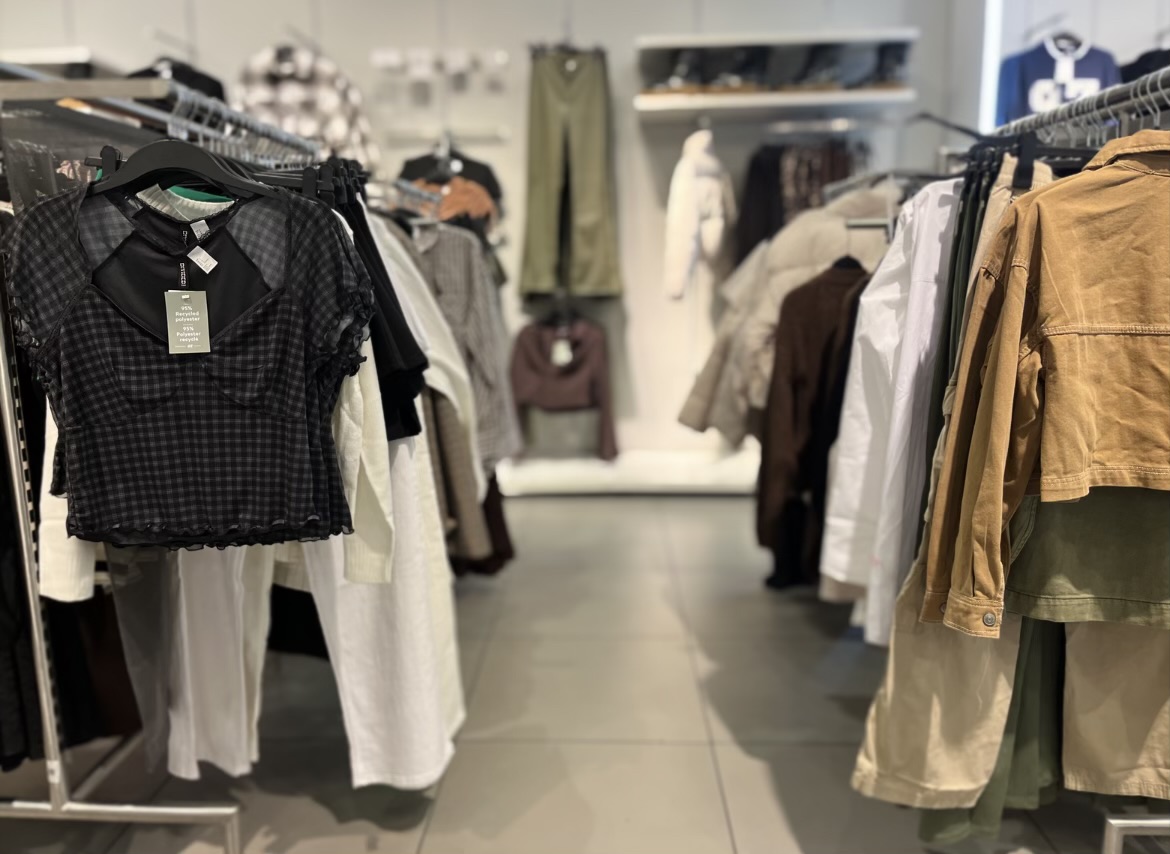 When fashion recycles, there is always the addition of some sort of modern spin. If we copied exactly what was done in the past, we’d be stuck way back in the 60s. While Williams appreciates the return of these fashion styles, they think it’s not the real Y2K. Though styles can come back and be sold by stores, it’s impossible for the authenticity of the time to return. “I feel like Y2K has not been effectively done by mainstream companies like Forever 21; but when it’s left up to someone's personal interpretation, it can be done,” Williams says.

Y2K clothing styles completely turned over the head of previously existing ideas around fashion. Gone were rules on mixing patterns, fabrics, styles. People could be random, modern, free, and edgy in a way that hadn’t been mainstream before. These styles mocked what fashion had become, but in a chique, trendy manner. True fashion is transcending so-called rules around clothing, and finding new in what was once old. Now, more than ever, is the time to feel free about expressing yourself. I, for one, welcome Y2K’s return with open arms.