Why we need to use the U.N. to act on Syria

Two brutal years of civil war have already taken 93,000 lives, and displaced 2 million refugees. As the war has progressed, the world has watched, standing on the sidelines with sweaty palms waiting to see how the balance of power in the country and the region would shift. Obama declared a "red line" at the use of chemical weapons, and added that doing so would provoke "consequences." 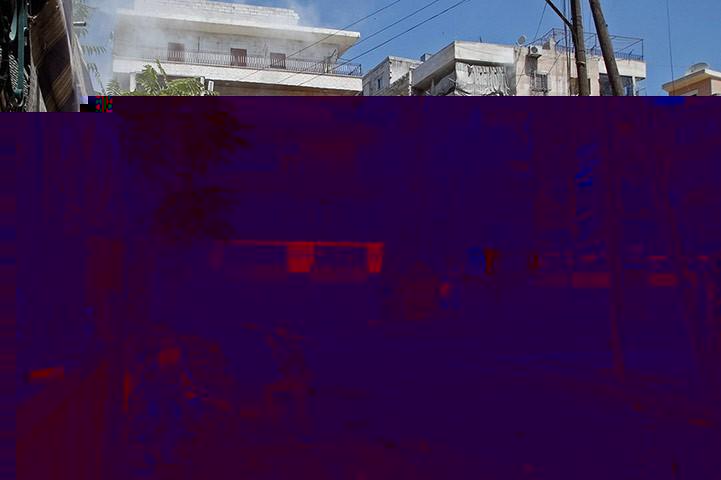 Photo: The Syrian conflict has turned streets into battlegrounds.

Photo: The Syrian conflict has turned streets into battlegrounds. Photo courtesy of the Guardian.

So now that there is, in the words of Secretary of State John Kerry, "undeniable evidence," that the regime used chemical weapons, Obama is anxiously awaiting approval from Congress to lead a strike on Syria. Even if Congress votes to allow the strike, the best course of action for the United States is to work through the United Nations on this complicated issue.

We already have a crummy track record in the Middle East, with two wars started and many of its people having negative views of the United States. The exact repercussions of a strike are impossible to know, and by going in alone, we risk having another extended stay in the region, something we can't risk.

Another reason to work with the U.N. on the strike is the high potential cost. Secretary of Defense Chuck Hagel predicted the strike would cost tens of millions of dollars and other analysts think even this number is too low. Because of our massive debt, it is of paramount importance to spend intelligently, and spending money on Syria when there are other ways to act might not be the best way to use our funds.

Additionally, we can act through the U.N. If the evidence that chemical weapons were used is as undeniable as the government is claiming it to be, why don't they then just present it to the United Nations and let them decide? If the public agrees that chemical weapons were indeed used then it will be the international community that looks bad for choosing not to act and the U.S. will maybe then have the world support necessary to act alone then if they choose to do so.

Finally, attacking Syria would put the U.S. in violation of international law by attacking another state.

Overall, the issue is extremely complex and enigmatic. If it were simple, we would already have an answer.