Blair's varsity boys' basketball team is expecting a good season with a well-balanced team based on team chemistry. 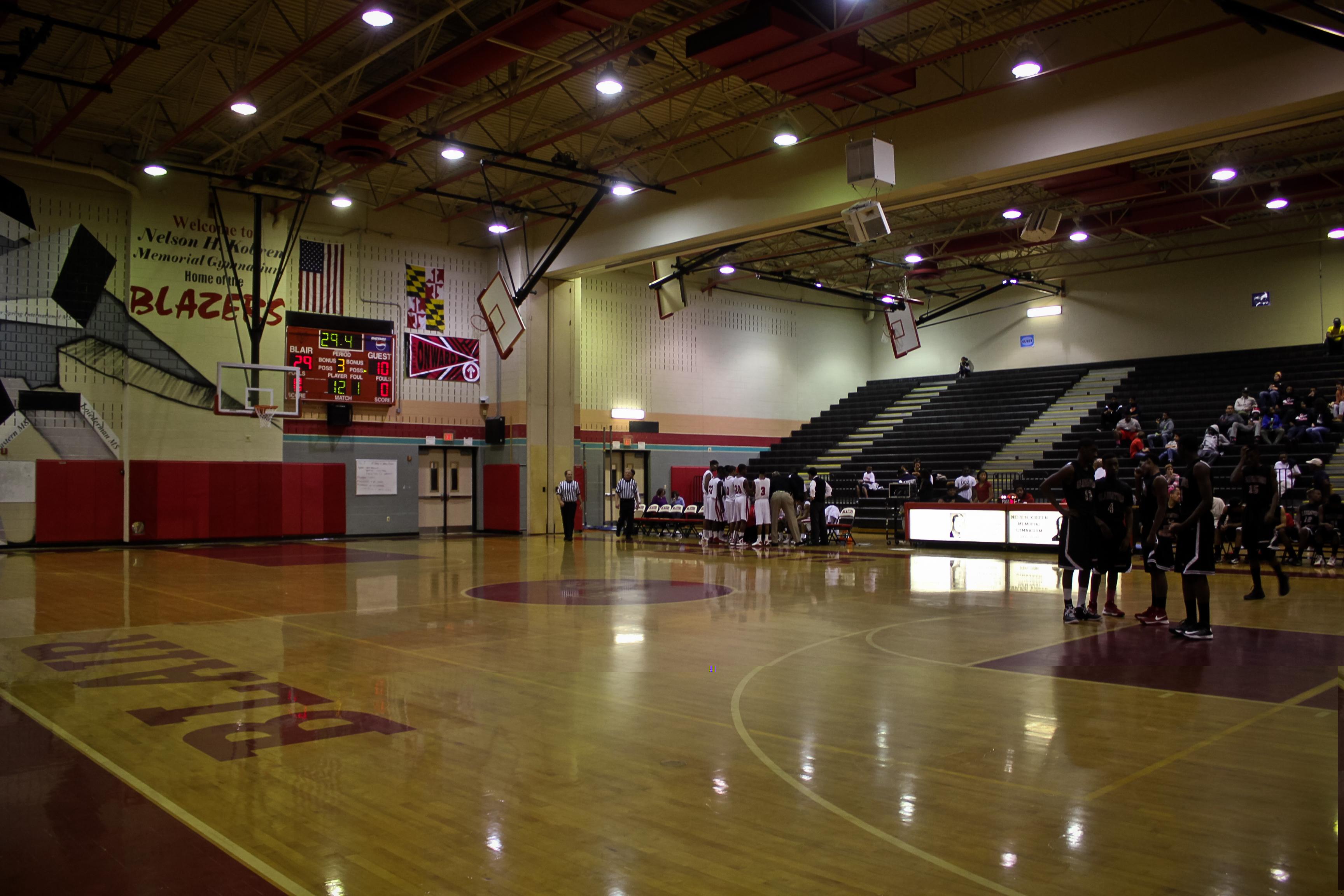 Returning head coach Damon Pigrom is looking for the team to continue to learn and improve coming off of a 7-15 season. The team has been practicing accordingly and has implemented a series of new plays.

Senior Remi Olateru expects the team to succeed with teamwork and a couple of skilled players. "We have improved on our commitment. We really grind through games and we have better players. Raymond Burtnick has really become a key player in our offense and Danny Canary is a lights-out shooter."

Coach Pigrom's goals for the team this year include playing hard and selflessly all the time. "If we can do those things and continue to get better, we are going to have a good year," Pigrom says.

Read More: Blair dominates Northwood in Battle of the Boulevard

After losing in the second round of the playoffs last season to Gaithersburg, the eventual state champions, the lady Blazers are primed for an even better season this year. The Blazers will cope with the loss of Blair legend and Sacred Heart freshman Johanna Lopez, with a more balanced scoring attack than last season. "We will definitely be a more balanced team this year," coach Erin Conley said. "We're going to have to focus more on defensive strategy and boxing out."

Coach Conley also believes that the team's strong work ethic and solid fundamentals will be essential to their success. The Blazers will rely on the experience of senior Melissa Romero to help guide a very young team. Blair junior and returning starter Erica Adarkwa will also be critical to the team's success this year.

Because of the loss of several offensive-minded players, Adarkwa believes that the key to the Blazer's success will be their ability to work as a team. "We definitely don't have as many offensive-minded players as last year, so we're going to have to rely on our teamwork," Adarkwa said. Although the lady Blazers have not picked captains yet, coach Erin Conley believes that captains will present themselves soon. "In the first few weeks of the season, captains will emerge," Conley said.

In addition to Adarkwa and Romero, the Blazers will rely on the junior tandem of Maggie McClain and Shannon Healy. If everyone can come together and the team continues to work hard, a strong season could be on the horizon. "We need to work hard and just play our best," Adarkwa said.

Blair's swim and dive team will compete in Division I again this season and the boys' and girls' teams are both looking to improve upon last year's respective winning (4-1) and losing (2-3) seasons.

Senior captain Jack Foster believes that last year's competitions against Division I schools helped the team get ready for this year. "Last year was our first year in Division I, so we should be more prepared now that we have some experience against that tough competition," he said.

According to Foster, one of the biggest differences for the team this year will be the replacement of last year's coach, David Swaney. "Swaney's really good at leading the team, but we've had [Coach James] Demma for a few years, so he'll be able to provide some continuity," Foster said. 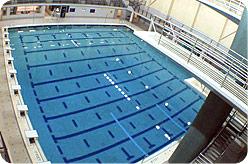 Despite the loss of Swaney, Foster emphasizes the skill and experience that new coach, Kelly Crowder, will bring to the team."Crowder swam in college at Maryland, so she'll bring experience to the table which should help us a lot," Foster said.

Demma is optimistic about the team's prospects for this year due to the talent of incoming freshmen like Kaden Sukachevin, as well as returning junior Luke Hammond. Foster also expects a good performance from his co-captains Michael Thomas, Brian Huang, Emily Lathrop, Jennifer Arai and Ruth Aitken, as well as sophomore Brian Tsau.

Foster also predicts that some of the members of the team, including Thomas, Tsau and himself, could receive an All-American award, which goes to the top 100 swimmers in every event nationwide.

Indoor track is gearing up to have a much better season than last year, with the possibility of a division championship on the horizon according to Coach Brenna Matthews. The girls' team this year is strong in both short and long distance, and the boy sprinters are also strong, which could help them improve from their rankings of nineteenth and tenth in the county respectively.

Despite strength in amongst sprinters, the boys' team is lacking numbers for long distance. Usually there is a large carryover from the cross-country team, but many of the boys are choosing to forgo indoor track this year. Cross-country runner and former indoor track athlete junior Michael McKee echoes this decision. "I think I'm going to do outdoor track, but I just didn't want to do indoor [track] this year, I didn't feel like it, " McKee said. "I think that's most of the problem with the team this year."

Though there is a lack of boys' distance runners, Matthews is still hopeful that each of the teams will win division championships. The team also has a wealth of 9th and 10th graders that show amazing potential and will support the outdoor track team in the spring as well as carry the indoor track in the coming years. According to Matthews, Simeon Kakpovi, Jared Lichtman, Rohan Oprisko and Rueben Martinez Lopez are key boy runners to watch as well as Kafilat Oladiran and Deborah Olawuni for the girls' team.

After wrestling their first meet on Dec. 5 and after having many underclassman wrestlers join the team, Blair wrestling is determined to do well. "There are more dedicated wrestlers on the team this year and we had a lot of freshmen and sophomores come out this year," junior Yohanes Admasu said.

Based on their past abilities and performances at tryouts, players to look out for this season are juniors Minu Bidzimou and Oumarou Bitang. Both Bidzimou and Bitang are expected to make a huge difference on the team this year at their meets where they will be competing not only against schools in Montgomery County but also Prince Georges.

The team had many key senior players last year, including six starters and three of their captains, Chris Wells, Rickey McCombs and Billy Saturno. Three years ago, when Saturno was a sophomore at Blair, he became a "household name" amongst fans of wrestling in Montgomery County according to the Gazette . He was crowned the area's top 125-pounder after being eighth seed in the regional for his weight class. But despite the loss of vital wrestlers like Saturno, Coach Jacob Scott is still hopeful. "I expect great things from each of my wrestlers," Scott said.

Another captain, Wells, also came back this year as an assistant coach to work alongside Scott who has been coaching for over 20 years. He will be a great factor in the team's success this year as well. "He has been very helpful to the team this year," Admasu said.

With new players this year, Scott looks to develop as a team this season. "We have a young team and a tough schedule but we will have fun and grow as a team, " Scott said. "We will make a dollar out of fifteen cents."