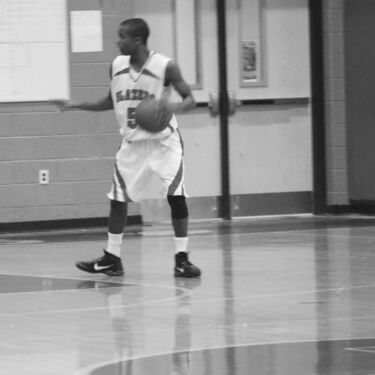 Photo: Senior Cameron Reed looks for the pass during the Clarksburg game on Dec. 4.

Photo: Senior Cameron Reed looks for the pass during the Clarksburg game on Dec. 4.

After ending last season on a low note with a loss to Richard Montgomery, the boys' basketball team (0-3) was ready to redeem themselves. The Blazers suffered a tough loss to Clarksburg in their home opener, but had a promising performance against Paint Branch. What the team lacks in rebounding and shooting skills, they make up for in their athleticism. "Our defense looked good, but we hope that by getting more points in transition we will be able to score more points," said senior forward Ben Hukill. With the loss of six seniors, the team is relatively young but still equipped with the talent to have a winning season. "Our schedule looks good, I think that if we can win the next couple games and then at least go .500 in our division we should be fine," explained Hukill.

On Dec. 5, the Blazers defeated Einstein but lost to Blake during their multiple meet. They were pleased with their performance against Einstein but struggled against Blake. After graduating five seniors last year, the wrestling team (1-1) is looking to step up and show that they can take on other teams in the county. The team is relatively young, with only one senior and three juniors, the rest consisting of freshman and sophomores. With such an inexperienced team, the wrestlers are likely to struggle against some of the more established teams in the county. "With a team consisting of mostly freshman and sophomores who have either never wrestled or only wrestled for one year, it will be a challenge to win matches as a team," explained senior captain Johni Meeks. The team is likely to see most of their success in the middle weight division, where most of the experienced wrestlers fall. 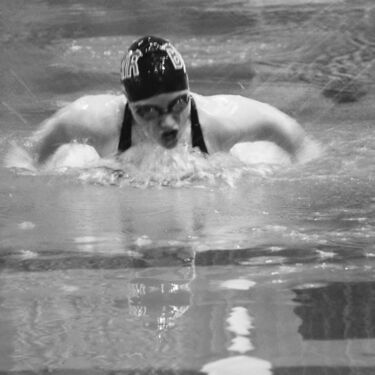 Historically one of Blair's strongest teams, the boys' swim team (1-0) started this season on the right foot after a decisive win during their first meet. Suffering the loss of senior All-American Andrew McGehee, the boys' team will need to step up in new events. They will look to senior co-captain Nate Hukill and junior co-captain Eric Ruggieri for freestyle and breaststroke domination. The boys will need to focus on having strong swimmers for every event. The boys have come back into Division II and started to shake things up. The girls' team (1-0) is also taking their mark to come out this season and show the county that they can swim with anyone. They are staying in Division II this year and hope to come out and make some noise. The girls' team looks forward to making improvement over past seasons. "We traditionally have not done as well as the boys, but we are going to try to change that this year," said junior captain Laura McGehee. Both teams look forward to making a splash this season. 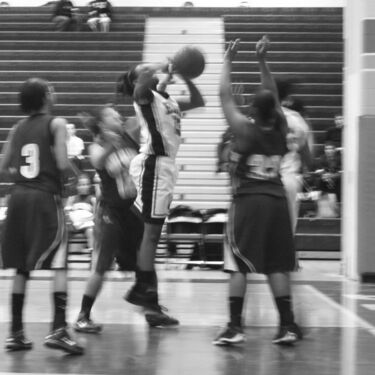 The girls' basketball team (1-2) is ready to bring the fire back to the court. They started their season with an exciting win against Clarksburg, in which sophomore Johanna Lopez scored the game-winning shot right before the final buzzer. After a productive off-season, the team is physically in shape and focused to go far in playoffs this winter. With strong leadership and agility on the court from senior captain Inkera Patterson, the Lady Blazers are set to shock their future opponents with their skills. The team lost three seniors, one of whom was a top scorer while the other two were huge influences on and off the court. Lack of experience will hurt the team this year, but it will be a gradual progression as the team learns to work together. Moving up to a new division this year will also be a struggle for the Lady Blazers this season. "Our schedule is a lot tougher this year than the three years I have spent playing on varsity but at the same time the team is expected to do a lot more this year," explained junior captain Janet Henkai.