A no-strings-attached relationship with these shows will be impossible

This winter might have been a let down due to the conspicuous lack of snowfall, but you won't need a Snowpocalypse to keep you indoors. These laugh-till-your-abs-hurt, can't-change-the-channel TV shows will keep you on your couch for days! So grab your Snuggie and keep your remote close, because SCO is giving you the SCOop on what's hot on the networks this winter! 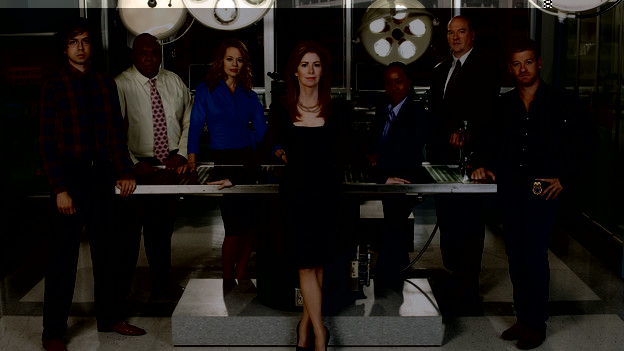 Before you shrug off "Body of Proof" as just another one of those medical dramas, watch the pilot! Dana Delany ("Desperate Housewives") stars as Dr. Megan Hunt, a neurosurgeon whose career ends after a traumatizing car accident. After losing her child to her career and then losing her career, Dana decides to get a fresh start as a medical examiner who investigates suspicious deaths. As circumstances get stranger, Hunt struggles to keep a balance between her professional and personal lives. Not only does "Body of Proof" combine the doctors' medical operations with the world of office humor and politics, but a female protagonist leads the cast – something that shows like "House" do not offer. "Body of Proof" also stars Nicholas Bishop, Suzanne Gillies, Jeri Ryan and John Carroll Lynch.
Body of Proof premiers on ABC Tuesday, March 29 at 10 p.m. 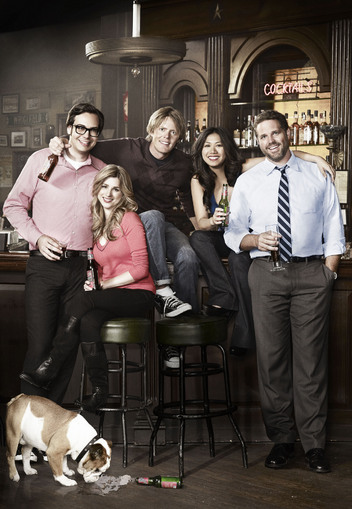 "Traffic Light" centers on the lives of three college buds in different stages of their lives. In this romantic comedy, David Denman ("The Office"), Kris Marshall ("Love Actually") and Nelson Franklin play a married, a forever-single and an off-the-market man, respectively. Each try to maintain their solid friendship while juggling a romantic relationship and living life with freedom; the guys' silly antics make their bromance all the more relatable for the audience. Directed by Chris Koch ("Modern Family") and created by Adir Miller ("The Matchmaker") and Bob Fisher ("Wedding Crashers"), "Traffic Light" also stars Liza Lapira and Alexandra Breckenridge ("Family Guy").
Traffic Light premiers on FOX Tuesday, Feb. 8 at 9:30 p.m.

Mr. Sunshine
Matthew Perry is back with his Chandler Bing charm in ABC's new comedy, "Mr. Sunshine." Perry plays Ben Donovan, a sports arena manager who has a mid-life crisis after reaching the big 4-0 and realizes he doesn't want to live life alone. Donovan must deal with his professional and romantic life, which intertwine when Donovan's co-worker-with-benefits (Andrea Anders) begins dating another of Donovan's co-workers, Alonzo (James Lesure). All audiences will find something to enjoy in this show – whether they're at the midpoint of their lives or still just starting to figure their lives out, "Mr. Sunshine" will be a breath of fresh air for everyone. Created by Perry, Marc Firek and Alex Barnow, the series is set in San Diego and stars Allison Janney, Nate Torrence and Portia Doubleday.
Mr. Sunshine premiers on ABC Wednesday, Feb. 9 at 9:30 p.m. 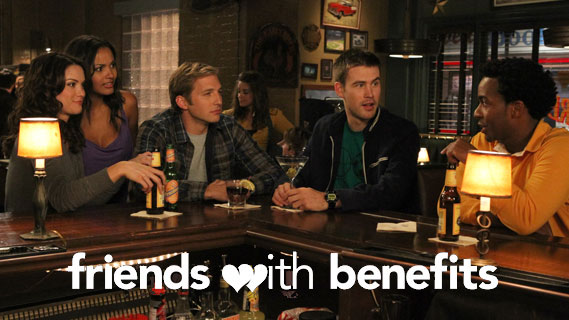 Fans of the indie hit film "(500) Days of Summer" will rejoice at the premier of NBC's new romantic sitcom, "Friends with Benefits." Created by Michael H. Weber and Scott Neustadter, the series follows two friends (Danneel Harris of "One Tree Hill" and Ryan Hansen of "Party Down") living in Chicago. The show follows the hapless romantics as they navigate through their twenties and struggle to find "the one." Meanwhile, the pair's friends question their casual hookups and deal with their own romantic troubles. "Friends with Benefits"' brilliant Sundance writers only make the series look promising. So, get ready for half an hour of knee-slapping, suggestive comedy!
The premier date of NBC's Friends with Benefits to be determined.


Valerie Hu. Valerie Hu loves pasta, beaches and laughing with friends. She draws inspiration from traveling, whether she is in Paris or in Disney World. Like the blog, she appreciates the little things in life. She aspires to one day receive as many candy canes as Glen … More »