Once upon a time, trophy wives were classy, young and beautiful women, married to rich and powerful men. Occasionally these women would grace the cover of a magazine, or the red carpet – seen but never heard. But now that's all history!

Today's trophy wives are on every channel from Bravo's "The Real Housewives" to VH1's "Basketball Wives." These once elegant women have ripped off their masks, and are now exposing every detail of their lives from the ugly breakups to the catfights and everything in between. The housewives have gone wild, and America loves it. 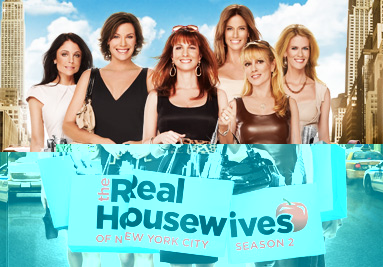 Photo:
Fame previously came from success and talent, but now it's all about the company you keep. Of the seven varieties of "The Real Housewives," and fifty-seven different housewives, only a handful of the women have been famous for something they actually do. On "Basketball Wives," many of the cast members aren't currently married or dating NBA players, but are using their past relationships to create a name for themselves. But this doesn't faze TV watchers; they just sit back and eat it up.

The premises of these shows are the same. A group of rich women from the same rich neighborhood who may or may not know each other, are brought together to showcase their lives. The drama that ensues is half scripted and 100 percent over the top. Divorces, custody battles and inter-wife brawls are what keep the viewers hooked. The moment the scandals stop, the housewives must pay. The wives are either kicked off the show or the series is cancelled all together, as was the case of "The Real Housewives of D.C.” But with those shows that make the cut, the cycle continues, with each episode pushing the women farther from classy and closer to trashy.

So where do we draw the line? Where do we say enough is enough, and tame the wild wives? Last month a wife's estranged-husband from "The Real Housewives of Beverly Hills," Russell Armstrong, committed suicide. He was $1.5 million in debt, the majority of which was influenced by pressure to live like the other stars, according to his lawyer. Before his death, Armstrong issued a statement about the Bravo show. "This show has literally pushed us to the limit," he said.

Shows like these are unhealthy – not just for the people on camera, but for those watching them. What kind of value system does the American public have if stardom depends on a person's ability to throw lavish parties and sleep around? It's becoming a sad world that we live in where someone can become famous by crashing a party or cheating on a spouse.

Who's to blame for all of this? The blame goes to you, me, your neighbor and every other American citizen. If we didn't watch it, it wouldn't be on TV. Somewhere along the line entertainment became synonymous with sleazy. Gone is the need for paparazzi; celebrities are exploiting themselves, as networks reap the benefits.

Consider your morals next time you watch Evelyn from "Basketball Wives," throw a drink at a fellow cast mate and question whether you'd be cheering if you saw this happen in real life. Don't be the clothes line for celebrity's dirty laundry.