Weak competition and strong guard play have Washington on the rise

The Washington Wizards began the season poorly, to put it bluntly. John Wall played well some games, other games Bradley Beal took the starring role. And yet the Wizards could not put two and two together and reach their full potential.

They lost easy games early in the season and fell to a low of 6-12. A lengthy 17-game home winning streak helped the Wizards surprise the entire Eastern Conference, moving them to third place. The Wizards had not solved everything though, as they tried for their 18th consecutive home win.

When LeBron James and the Cavaliers came into town, the Wizards had multiple chances to win, but a clutch James fadeaway three sent the game to overtime. Early in OT, LeBron fouled out, but Kyrie Irving took over the game and the Wizards missed a big opportunity to topple the reigning champions. Forward Markieff Morris also fouled out early in overtime. Morris, a pickup from the Suns late last season, has had a big impact, giving the Wizards defensive flexibility. Although he plays the four (power forward), Morris can guard the more athletic big men in the league.

The Wizards have also found success this season with a small-ball lineup thanks to the blossoming game of sophomore sixth man Kelly Oubre Jr. Washington traded up to get Oubre in the 2015 draft, yet he rode the bench for much of his rookie season. This year the small forward from Kansas has become a go-to backup player, having an impact on the defensive end of the court. The young lefty is not the only Wizards small forward reaching new heights this year, as Otto Porter Jr. is finally making the most of his starting role. Porter surprised everyone in the NBA by leading the league in three point percentage this season.

Despite these bright spots, there are still places where the Wiz come up short. Depth has been a huge issue for the team all year, as their starting five of Wall, Beal, Porter, Morris and center Marcin Gortat have played more minutes together than any other starting five in the league. All five starters are averaging over 32 minutes per game, while the bench seems like a game of musical chairs in which only Oubre, backup point guard Trey Burke and big man Jason Smith can compete. The recent return of offseason signing Ian Mahinmi should mean more rest for Gortat and add a more traditional rebounding big man off the bench to pair with Smith, who can stretch the floor with his above average jump shot. Guard Tomas Satoransky, an overseas signing, and Burke are expected to be the second team guards after head coach Scott Brooks stopped playing Marcus Thornton, who has not appeared in a game since Jan. 3. 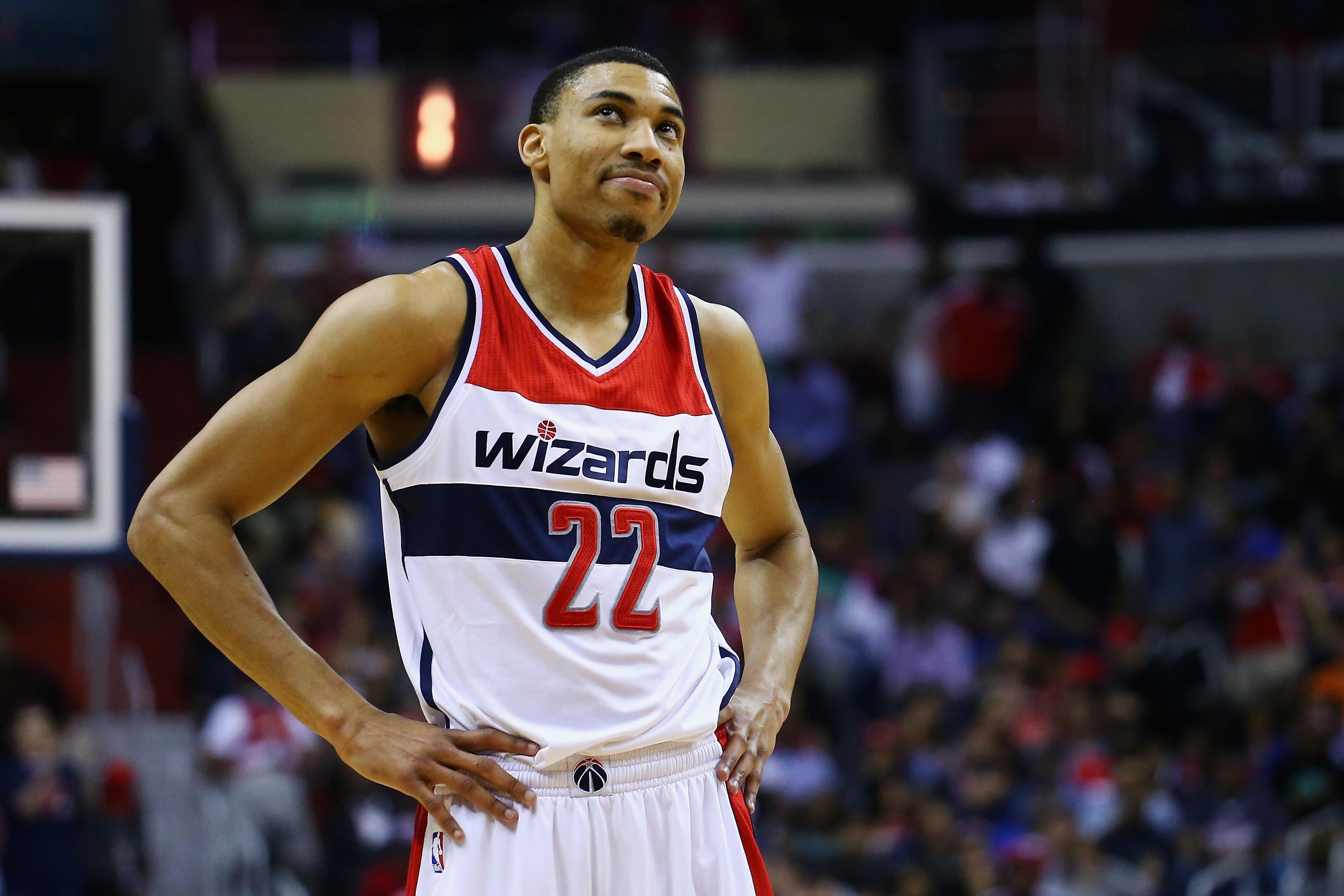 According to ESPN, Washington plays one of the weakest schedules in the NBA due to the subpar Eastern Conference (EC). The Wizards will play its top competitors (the Cavs, Celtics, Wizards, Raptors, Hawks) once more. Here's a look at how the Wizards matchup against some of these teams. The Hawks feature two established rebounding bigs in Dwight Howard (fourth in rebounds per game) and Paul Millsap (28th), which may give Gortat difficulty on the boards. That physical frontcourt could wear down the Wizards. Toronto is known for its two explosive guards, Kyle Lowry and DeMar DeRozan, but are deep at every position after addressing their glaring weakness at power forward with the recent acquisition of Serge Ibaka from the Magic. The Wizards do not have the depth down low that the Raptors do, but Wall and Beal can match up with any backcourt in the league.

The Celtics currently sit in second in the East and are led by the closer, Isaiah Thomas, who is second in the league in scoring. Boston's depth is paralleled perhaps only by Toronto's, with professional flopper Marcus Smart leading the bench and five big men who contribute over 10 minutes per game. The Wizards will have to find a way to lower the minutes their starters are playing if they want to be competitive against these deeper teams in a seven game series. Cleveland sits atop the conference, led by King James, Kyrie Irving and Kevin Love (who will miss six weeks with a knee injury). Without Love, the Cavs will have to lean on James, who is already playing the second most minutes in the NBA, as well as Irving, who missed 29 games last season and is also top 20 in the league in minutes per game. The Wizards have proven they can play with LeBron, and without Love the Cavs may drop in the standings. There's no way to stop James, but the Wizards have enough to slow down him and the Cavs in a playoff series.

Head coach Brooks should take advantage of Ian Mahinmi's return to give Gortat a day off here or there, while general manager Ernie Grunfeld should be open to acquiring another role playing guard such as free agents O.J. Mayo or Mo Williams, or D-League players like Jordan Crawford or local Quinn Cook (who was named the D-League All-Star Game MVP). On Feb. 22, the Wizards made a trade, giving Marcus Thornton, Andrew Nicholson and this year's first round draft pick to the Brooklyn Nets in exchange for point forward Bojan Bogdanovic and power forward Chris McCullough. The key piece is Bogdanovic, a player who is versatile and can put up points off the bench.

Right now the Wizards have a lot going for them. They sit in third place, John Wall is an All-Star and is among the league leaders in assists and steals, Bradley Beal is putting up All-Star caliber numbers, Otto Porter is leading the league in 3-point percentage and Marcin Gortat is a top ten rebounder. But if they want to stay at the top, they'll need to prepare for the playoffs.