One small step for Danica Patrick, one giant step for womankind.

In a world where the punch line of jokes about bad driving often end with a woman behind the wheel, NASCAR driver Danica Patrick's eighth place finish in Sunday's Daytona 500 speaks volumes. The first woman to win the pole position (the top spot in the race), Patrick made history not only by finishing higher than any woman before, but also becoming the first female to lead a lap of the NASCAR annual competition. Patrick's accomplishment impacts more than just herself and the NASCAR community. Her achievements give aspiration for women and girls across the sports community. 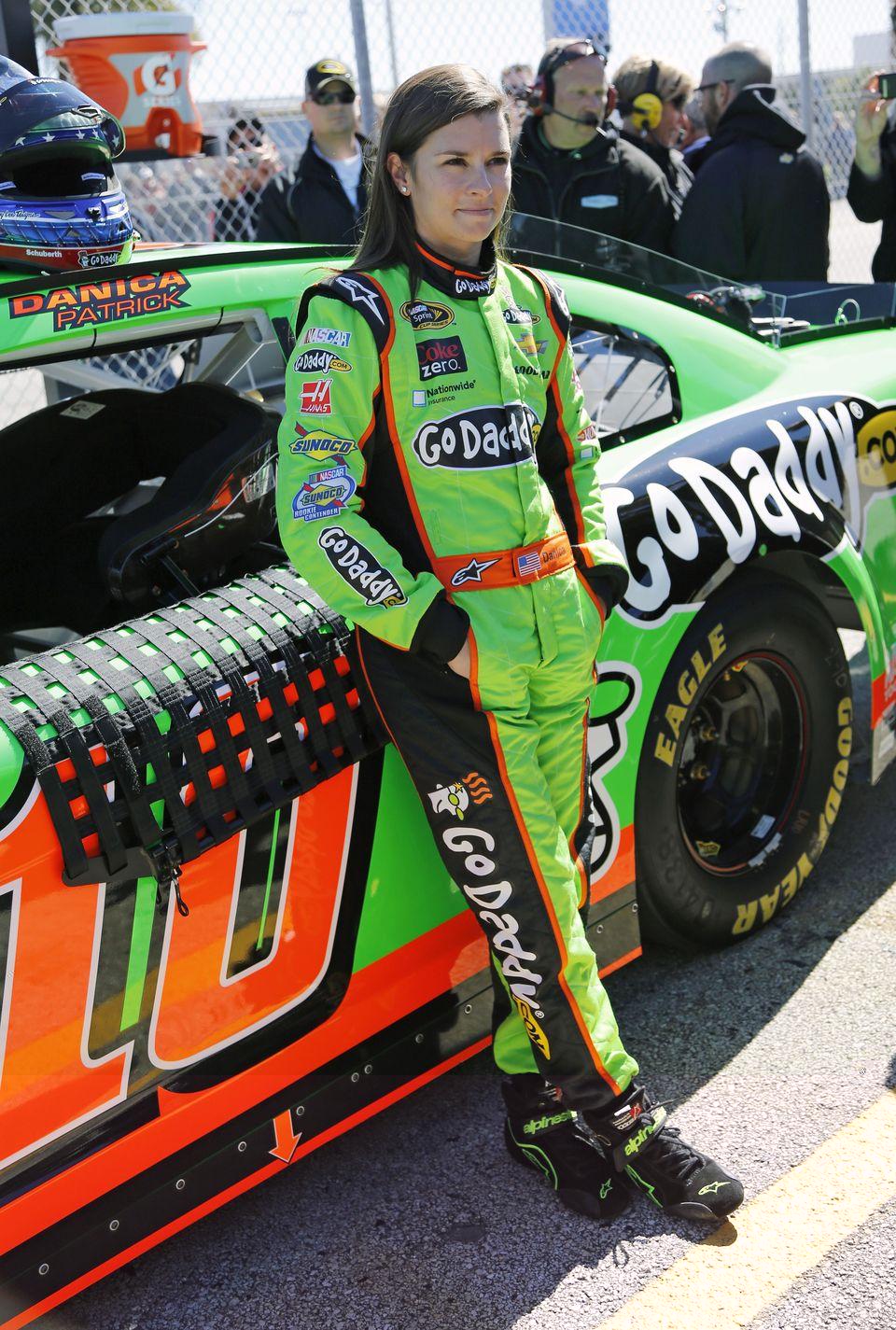 Photo: Danica Patrick made history by being the first woman to ever lead a lap of the Daytona 500.

Photo: Danica Patrick made history by being the first woman to ever lead a lap of the Daytona 500.  Photo courtesy of AP Photo/Terry Renna.

Though official statistics aren't in, USA Today predicts that this year's Daytona brought in numbers much higher than last year's 13.7 million, in part because of the press surrounding Patrick. This makes Patrick's race more widely viewed than last week's NBA All-Star game, which brought in an estimated eight million views. Not too shabby for an event where a woman was driving the car in the spotlight.

Being a female professional athlete presents a challenge in keeping fans watching games. In 2011 ESPN estimated that the average Women's National Basketball Association (WNBA) game drew just 270,000 viewers. Women's Professional Soccer (WPS) officially went under in 2012 in part because of the lack of viewership. Though the debate wages on over whether NASCAR is really a sport, for the sake of the argument let's say that it is. Patrick's highly watched race sets a precedent for female athletes. It's only a matter of time before other women follow suit.

In the same week that Patrick shattered records, the Ultimate Fighting Championship (UFC) made news with another first in the world of women's athletics; Ronda Rousey and Liz Carmouche became the first women to fight in UFC. The event was broadcast on pay per view making viewers ratings all the more important.

Like Patrick, Rousey and Carmouche received recognition for breaking the barrier that exists for women in male-dominated sports. But the question that comes to my mind is when will female athletes draw television viewers to exclusively women's athletics. Both NASCAR and UFC are male-dominated sports, in which only a few, select females are given the opportunity to participate. But will the WNBA's Washington Mystics ever fill as many seats as the National Basketball League's (NBA) Washington Wizards? Though the answer right now seems like an obvious no, Danica Patrick and the likes are giving us hope.