Blair's Women's Advocacy club is planning a week-long event in honor of Women's History Month in March. The event, beginning tomorrow, will raise awareness on issues facing women today such as rape culture and body image negativity in the media. 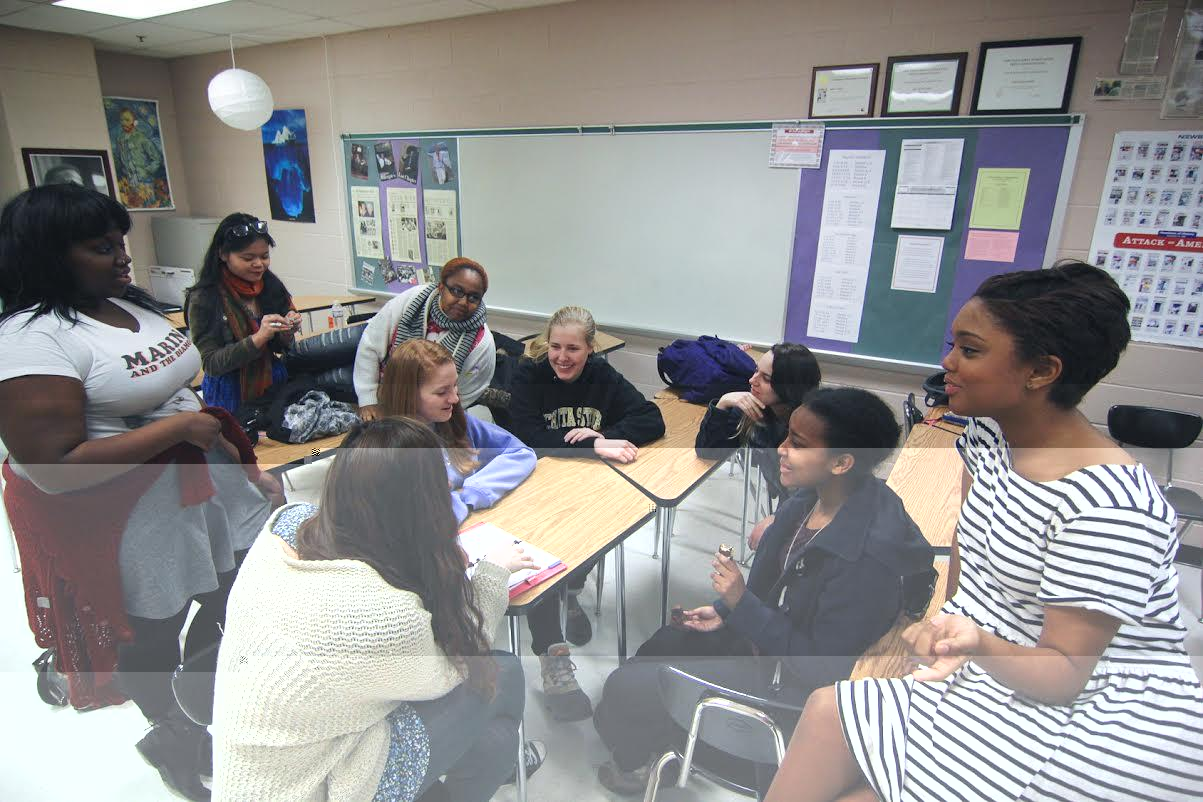 Women's Advocacy will hold a separate event each day. According to two of the club's presidents, seniors Mekdes Sisay and Brieanna Iyomahan, the week will start with a "Let's Talk about the F-word event" during both lunches in room 266, an introduction to feminism and how women's issues can affect everyone in daily life. "This will hopefully lead to a discussion that students can lead themselves, talking about their own experiences," Sisay said.

The club's major purpose behind these events is to spark a school-wide conversation on prevalent issues that many people still overlook. "A lot of people think that we've already reached equality and people don't understand [that] there are still harmful issues women are facing," Iyomahan said. "Small things like catcalling, which people don't think are that bad, actually contribute to horrible things like our rape culture."
Later in the week, the club plans for senior Rebecca Hamilton-Levi's parents to speak to students. According to Hamilton-Levi, they will offer insight into how to get more involved in women's issues and what this involvement is like as a career. "My stepmom is the director of the Global Women's Institute at [George Washington University] and she's going to talk about what she does. My dad worked at a rape crisis center and wants to talk about why men should be feminists and what's in it for them," she said.

Other activities the club plans to hold include a photobooth during both lunches for two days outside of the Student Activity Center (SAC) where students can express what feminism means to them. "People can make signs saying why they need feminism and we'll take pictures of them," Sisay said. On one of the days, the club will also sell lollipops at the photobooth to raise funds for Mary House, a local organization that provides shelter and support programs for "homeless and struggling families,” including battered women.
Finally, to end the week, the club will show "Miss Representation," a documentary on body image and the media, in room 136 after school.

In the process, Women's Advocacy hopes to also diminish the stigma still surrounding feminism. "We want to open up a dialogue about feminism throughout the entire school and help clear up misunderstandings or misconceptions that people may have about feminists," Sisay said.
Although the club still needs to work out issues such as not yet having a classroom confirmed for every event, the presidents are hopeful about the week being a success. They hope many men in particular will attend the activities. "We want them to understand how their behavior may be affecting women around them and integrate them into the movement," Sisay said, adding that she is especially optimistic about the effect of having Hamilton-Levi's father as a guest speaker. "[Boys] seeing an older man so involved will hopefully help them realize how they can get involved and that feminism is for everyone," she said.