Wondering whether “Wonder Woman 1984” is the followup the first deserved

Although the movie is certainly a flashy and fun spectacle, it lacks the depth that made the first movie great 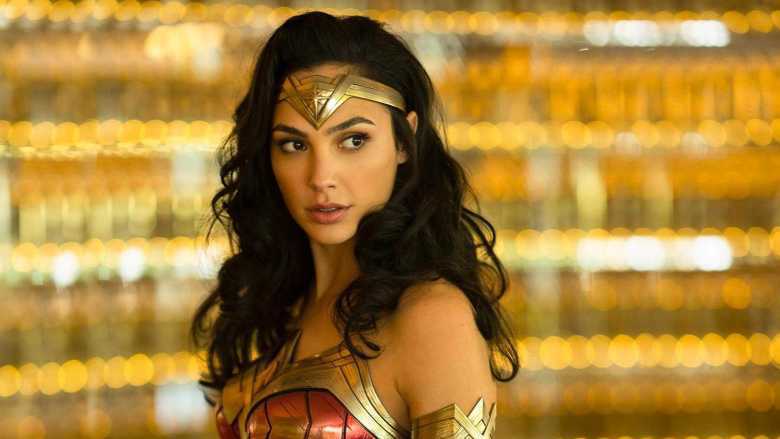 Photo: “Wonder Woman 1984” doesn’t quite live up to expectations (courtesy of DC Films)

Photo: “Wonder Woman 1984” doesn’t quite live up to expectations (courtesy of DC Films)

“Wonder Woman 1984” was a highly anticipated sequel, given the success of the first movie, but doesn’t quite live up to expectations. The first Wonder Woman movie, released in 2017, was a thrilling tale of heroes, wars and gods, with Gal Gadot starring as Wonder Woman (aka Diana Prince) striving to take down the forces behind World War I. “Wonder Woman 1984” feels like it has lower stakes, despite technically being about a force that could threaten all of humanity. Part of this stems from the fact that things unravel so quickly. This, coupled with slightly weak villains, leads to a fun enough action movie with a lot of heart, but that doesn’t quite measure up to the original.

“Wonder Woman 1984,” released on Dec. 25, starts about 60 years after “Wonder Woman” left off. Diana has adjusted to her life as an anthropologist in the 80s, with only passing regrets for Steve Trevor (Chris Pine), her former lover. While working at the National History museum, she meets Barbara (Kristen Wiig), an archeologist with low self-esteem and an almost painfully cliche character. When the audience first meets her, she is bespectacled and clumsy, looking up to Diana. Rather predictably, her glow-up only consists of her taking off those glasses and wearing slightly nicer clothing. Kristen Wiig is a fantastic actor, but the use of lazy cliches doesn't make Barbara a unique enough character to stand on her own.

The movie’s main villain, made clear the moment the audience meets him, is Maxwell Lord (Pedro Pascal). Although Pascal’s slight overacting makes him a suitably dramatic and entertaining villain, and very fun to watch, the movie seems to scramble to give him a tragic backstory too late which comes off as rushed. Possibly due to the fact that there are two villains, neither is given quite enough time to fully become a unique, developed character, or enough time to make us care about their motives. This is slightly odd especially with the long runtime. However, since the movie is so long, it introduces many things that it then can’t flesh out fully.

However, the movie is not all bad. Gal Gadot once again shines in the titular role, while Chris Pine returning to play Steve Trevor creates a couple very sweet scenes where the two showcase their fantastic chemistry. The special effects are also amazing for the most part, with the fight scenes ending up looking very polished and most of the CGI looking natural. These elements come together to create a film that is entertaining, but suffers from the comparison to the original that sequels often get.

Film director Patty Jenkins clearly understood that any sequel would be harshly looked at considering the success of the first, which could be part of the reason for the extended flashback at the beginning. This flashback shows Diana’s childhood on Themyscira as she takes part in a large competition, and is possibly one of the most beautiful parts of the film due to the gorgeous scenery and costuming, as well as the welcome return to a part of the first movie that was well-loved. The only downside of this flashback is the heavy-handed moral message of “don’t take shortcuts” seemingly shoved into it, which feels forced.

Overall, “Wonder Woman 1984” is a fine sequel, but doesn't really add anything new. The villains are interesting but cliche, and the special effects fun but slightly overdone. However, the movie is a decent way to spend 155 minutes.

“Wonder Woman 1984” is rated PG-13 and is available for streaming on HBO Max.