Words ringing in your ears

A bell rings at Montgomery Blair and Blazers flood the hallways. The drum of heavy footsteps and high shrieks of laughter bounce around the halls. But many Blazers don't hear the cacophony of sounds that accompany a class change— these Blazers have little earbuds tucked into their ears, or bright and conspicuous headphones on top of their heads. They're completely tuned out, absorbed in the world of their music. Whether it be Top 40 hits, trap, indie rock or modern country, music is an integral part of the lives of most Blazers.

Of course, lyrics are crucial to nearly all popular music. Contemporary music seems to always be under fire for its subject matter. Not a day goes by when a talking head or an angry blogger complains that rap music is destroying urban America or that country music is hopelessly sexist. In a community like Blair, one that prides itself on tolerance, how do Blazers relate to the words coming in through their headphones?

Do Lyrics Even Matter?

In the earliest folk songs, the croons of Frank Sinatra and the screams of Kurt Cobain, lyrics accompany music. But today, it seems that your parents' complaint that popular music is becoming unimaginative and repetitive may actually be right. One study that analyzed the chord progressions, melodies and instrumentation of nearly half a million popular songs from 1955 to 2010 found that, in general, pop music has become louder and blander. The chord progressions of songs have become less varied, there are fewer songs with creative instrumentation and lyrical repetition is on the rise. 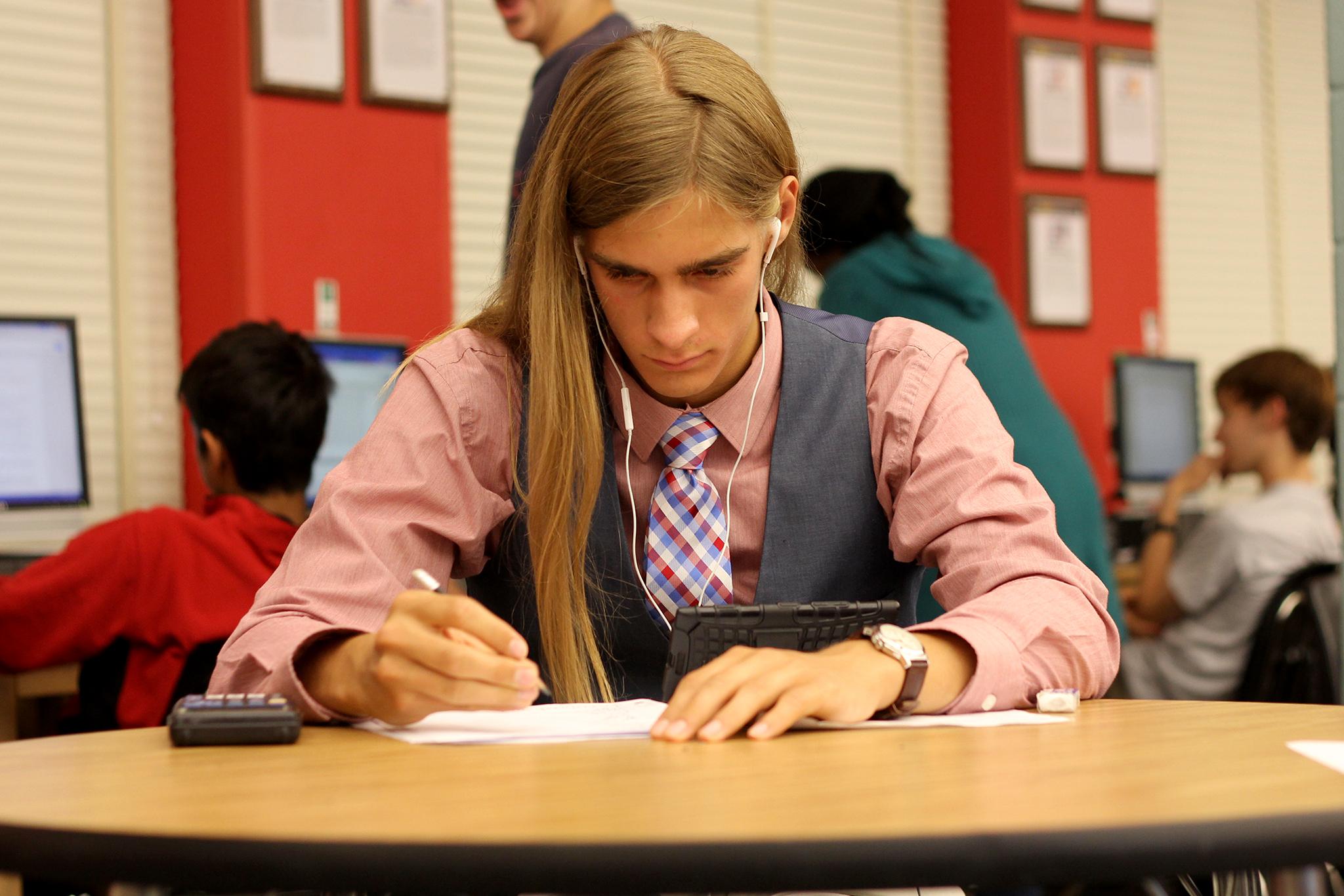 Photo: Lyrics of violent music have been shown to increase feelings of aggression in listeners.

Photo: Lyrics of violent music have been shown to increase feelings of aggression in listeners.

Are the music consumers of today totally uninterested in creative and thoughtful lyrics? Do young music consumers even listen to lyrics? Most Blazers would say yes. Blair junior Wilson Yu finds lyrics to be an essential component of his music. He's a fan of late 90s hip-hop artists like Nas and Wu-Tang Clan. "I listen to it mostly because of the lyrics," he explains. "I guess it's the poetry behind it, the meaning underneath what they're saying, and the musical portrayal of their background."

For sophomore Maia Pramuk, good lyrics are also must. "I listen to a lot of music from movie soundtracks, so I hear a lot of different songs. But I won't ever buy anything unless I can connect the lyrics to myself."

Violence and Sexism
Probably the biggest critique of contemporary music is not repetition, or the lack of creativity in songwriting, but the music's message. A data analysis of every song on the Billboard 100 from 1960 to 2014 found that words like "sex," "money" and "kill" pop up more today than they ever did before. Less and less common are words and phrases like "sad," "heart" and "I love you." Many social critics claim that the turn of popular music, especially hip-hop, towards lyrics depicting violence have a detrimental effect on youth.

This claim is backed up by some social science. A 2003 study found that listening to violent songs, like "Hit 'Em Hard," by Run DMC, increases feelings of aggression and hostility in listeners. Yu agrees that hip hop today can sometimes advocate violence. "Back in the 90s with hip hop, artists described violence because they were portraying what they actually went through. I think it's a bit different today. Today, people are creating a fake violent image for themselves and are actually glorifying it."

Parmuk, on the other hand, doesn't think that violence is incited by music. She feels that violent people are going to be violent no matter what. "There's a lot of violence going on with Chief Keef's music. But I think that would've been going even if Chief Keef didn't exist," she said. Sophomore Ruby Drizin-Kahn also thinks it's important to look at the context in which sexist or violent language is used. "Tyler, the Creator raps about raping women all the time. But he's doing it when exploring an alter ego, he's not advocating for it himself." However, both Ruby and Maia admit to listening to sexist or violent music pretty regularly. "Sometimes, when I'm angry, a violent song can help me feel better," explains Drizin-Kahn. 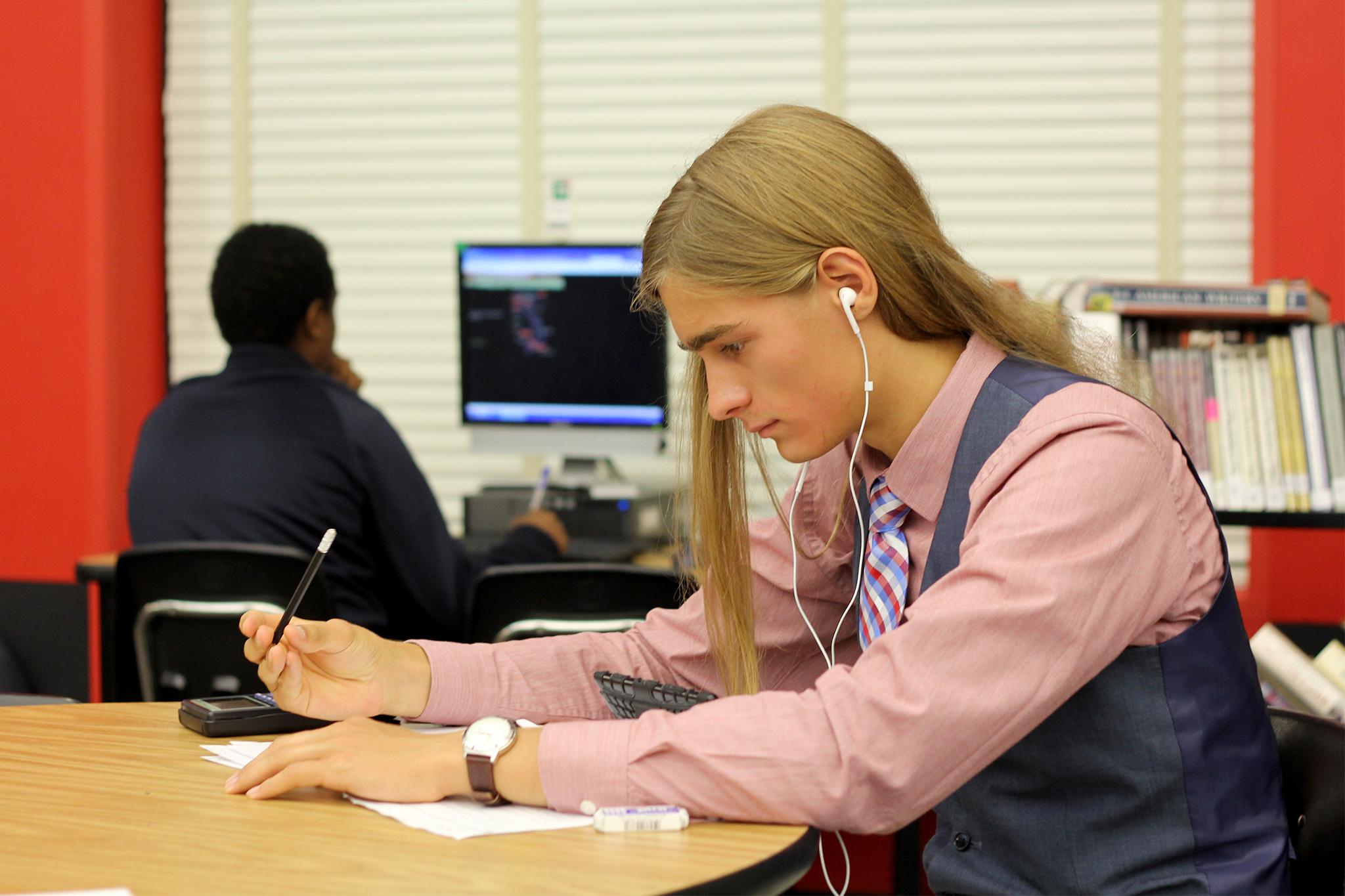 Apart from violence, the depiction of women in music is a critical issue as well. Sophmore Arielle Gottlieb says that sexist music contributes to a sexist society. "My little sister was listening to a Taylor Swift song where she was talking all about the things she was doing for her man, and that bothered me. I was like, 'No Taylor, do things for yourself.'" Gottlieb thinks that sexism comes from both men and women in the music industry. Taken as a whole, this leads to a more sexist culture. "100 percent, it leads to sexism in society," she said.

The music we make and listen to speaks volumes about who we are. And that holds true with the lyrics of our music too. Whether it be the bubble-gum rhymes of Carly Rae Jepsen or the intricate poetry of Bob Dylan or Kendrick Lamar, the lyrics we dance and sing along to shouldn't be ignored.