Local event organizers the Webben Group held the first Silver Spring World Music Festival last Sunday, Sept. 1, from three to nine p.m. at Veterans Plaza in Downtown Silver Spring. The event drew in dozens of onlookers to the free performances of music and dance acts representing nations from all around the world. According to the event's page on the Downtown Silver Spring website, the event was "designed to encourage cross-cultural programs within the Washington DC area." Performers from local studios practicing international dance and music made up the roster of acts. Clothing and food vendors also attended, selling various ethnic dishes and fabrics to festival attendees at a "world bazaar."

Acts ranged from a traditional Japanese drum-dancing troupe to an Arabian belly dancer. Many of the acts asked the audience to dance and sing along. "This is a Brazilian party," one of the performers, a Brazilian percussionist, said as his band took the stage "if you came here to sit down, you're on the wrong party." 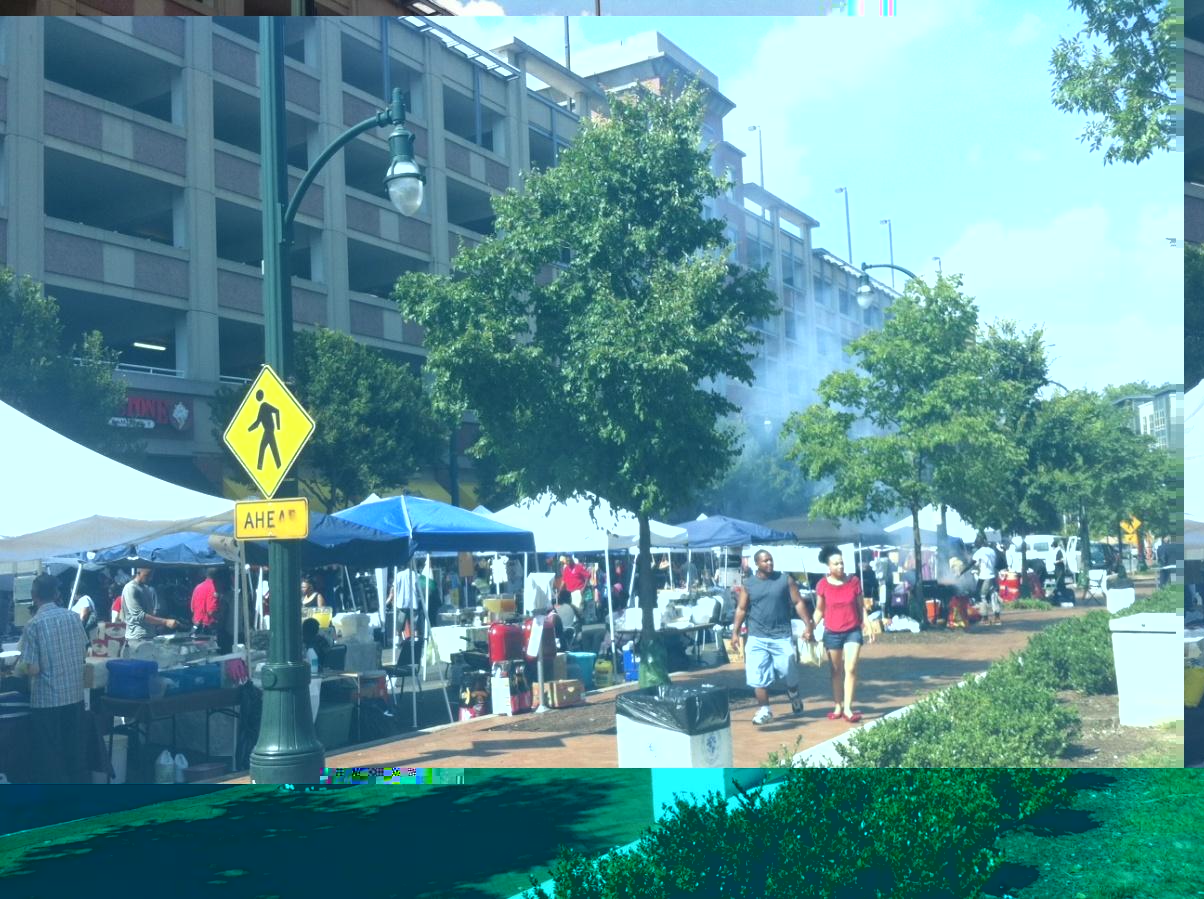 Photo: World bazaar sells food and clothing from around the world at Sunday's World Music Festival.

Photo: World bazaar sells food and clothing from around the world at Sunday's World Music Festival.

As time passed, more and more people coalesced around the performances. Seats set up in front of the stage quickly filled, and the crowd grew from about a dozen spectators to rows of onlookers by the festival's closing at nine p.m.

Many attendees had no idea the festival was going on when they came downtown. Silver Spring resident Christopher Falco and his family were downtown when they discovered the stands at the world bazaar and decided to listen to some of the music being played. "We followed the sounds over here…and we caught the belly dancer," he said.

Although the festival drew in many who had no idea it was set to take place that day, others came to Downtown Silver Spring specifically for the show. "I saw there was this all-day, free thing," said local resident Nancy Marchand "[and] I'm going to stay up until whenever it closes."

By the time the festival closed, there was a large crowd of spectators on hand. Audience members enjoyed the variety of acts and sense of community. "[The best part was] getting out to enjoy people and all the different musics," Marchand said.

The novelty of the acts and the lack of expense were appreciated by others, who didn't have to pay to attend and bring others along. "That was pretty cool," Falco said "so great that it's free too. [My family] and I could just come, sit down...very nice."