Humans will always find a way to prosper.

Despite the previews demonstrating only signs of mass violence and destruction, the $200 million dollar apocalyptic blockbuster "World War Z" is not only action-packed but also touches base with many current issues such as global warming, the spreading of diseases and geopolitical conflicts. Similar to other popular zombie flicks, the film focuses on society's struggle to stay alive and the steps that are taken to ensure the survival of humankind. However, unlike other common blockbusters, there were not a force of evil or grand battles to end the film, just a general problem and a search for a solution.

As Gerald, Pitt conducts a strong lead performance in which he allows the film to demonstrate the importance of some scenes solely on his acting. His portrayal of a hero who does not have the physical attributes or fighting ability of other heroes is full and satisfying. His character is helped by the supporting role of Segen (Daniella Kertesz) who gives the movie emotion, as she is one who particularly struggles with the arrival of the zombies. 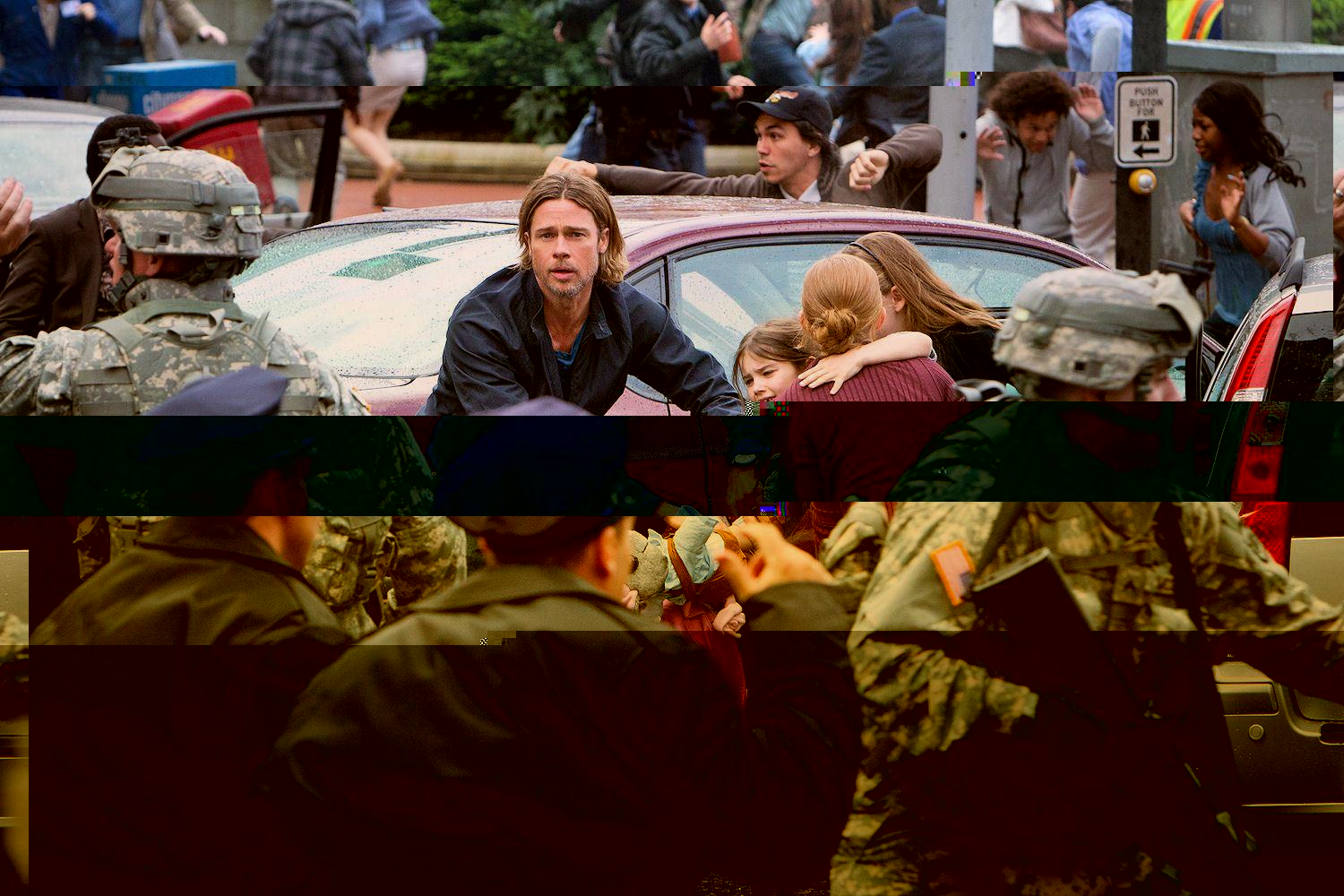 Photo: Gerald Lane (Brad Pitt) runs for cover in the midst of the zombie apocalypse.

Photo: Gerald Lane (Brad Pitt) runs for cover in the midst of the zombie apocalypse.

Marc Forster, the director of "World War Z", displays the action in short and fast paced scenes, which allows the panic and the enormity of the situation to dawn on the audience. These fast paced scenes are counterbalanced with long shots of the "calmness" available in this new world. When the zombies are first witnessed, a long shot demonstrates the change a human experiences once a zombie infects them, which allows the viewer to take in the repulsive transformation slowly. It's enough to make the skin on ones necks go up in disgust. The movie is never shot in bright moment; instead the director chose murky, overcast and dark moments where the threat of zombies is always present. The soundtrack and sound effects accompanies the film well and highlights the importance of scenes.

Overall "World War Z" is a new take on the zombie franchise that includes good acting combined with superb directing; allowing the audience to feel what it would be like to live in a time filled with fear and no real sense of security.