The smoke clears and the dust begins to settle. Thousands of US marines wander the small island of Peleliu as Japanese soldiers, planes, and cruisers retreat in the distance. The Battle of Peleliu is over. The 13 square kilometer island is finally under US control. Marines explore the deserted tunnel systems, caves and bunkers, now abandoned by the Japanese 14th infantry division. Hung within the majority of Japanese entrenchments lay Japanese flags inscribed with the names of the soldiers who were tasked with defending the strategic stronghold. Along with a name, each flag contains brief messages from a soldier's family and loved ones.

These banners were known as hinomaru yosegaki or good luck flags. Marines pillaged hinomaru yosegaki taking them as souvenirs and trophies. One of these marines was Benjamin Lambiotte. Today, his grandson, Blair junior Aidan Lambiotte, is trying to return the flag of fallen Japanese soldiers to their families through a private organization called the Obon Society.

The Obon Society was founded in 2015 by Rex and Keiko Ziak. The nonprofit is a catalyst for a humanitarian movement that, "heals hearts and connects broken families" though returning personal heirlooms to the descendants of the Japanese soldiers who fought in the second World War. The organization has already returned 108 flags successfully and are currently working on reuniting an additional 295 with their rightful owners. 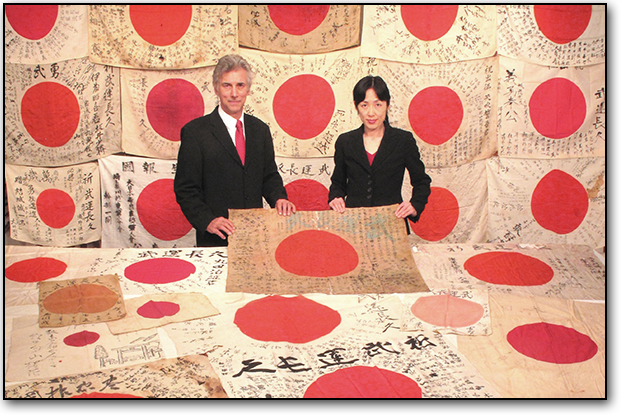 To a Japanese family, the reunification of a hinomaru yosegaki heirloom is intangible in emotional value. Culturally, the Japanese believe that it is a great honor to die for the Emperor and their country. One of the principle reasons for "good luck flags" was to give the loved-ones of deceased soldiers something to bury if a body couldn't be found. When U.S. marines pillaged and stole these flags they also took away the honorable and ideal burial for Japanese families.

The Obon Society has recently gained traction and prominence through the publication of U.S. marine Marvin Strombo's story in the Washington Post. The article tells the captivating story of Strombo delivering a flag he found on the island of Saipan, a fierce WWII battleground in the Pacific, to the sister and brother of fallen Japanese officer Sadao Yasue. Strombo had vowed to return the flag to its rightful owner when he picked it up 72 years ago. On August 16, 2017, the Obon Society helped him fulfill his vow.

His deliverance of the heirloom resulted in a very emotional experience for the delegates of both countries. Strombo describes the moment as very touching. He says, "When I saw his [Japanese officer's] sister holding the flag, it broke my heart you know. I was glad to return it". The Obon Society was recognized for their accomplishment and won praise from the Japan's Minister for Foreign Affairs, declaring the act an, "important symbol of reconciliation, mutual understanding and friendship between our two countries." 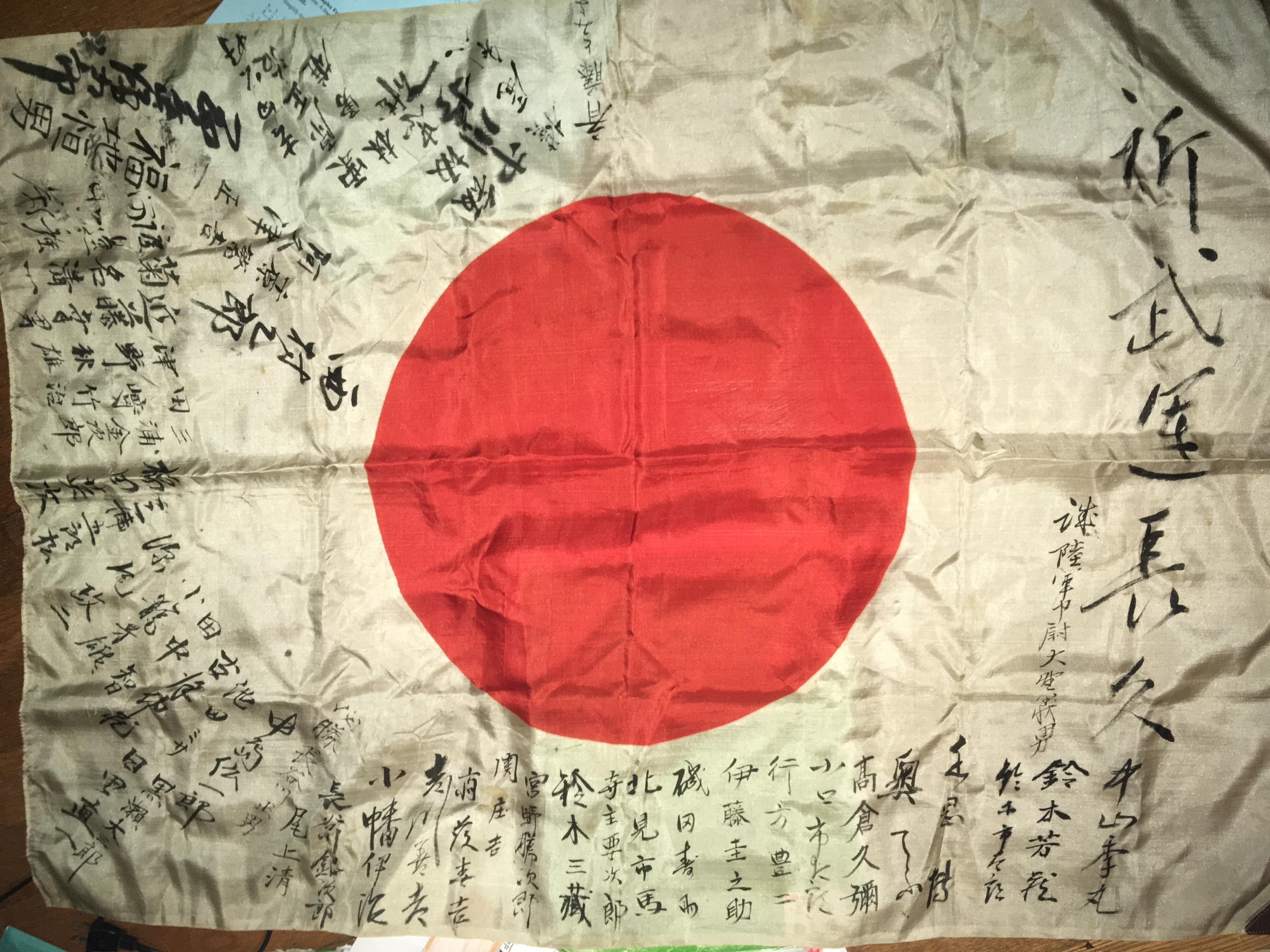 One of the current projects the Obon Society is working on involves Lambiotte, whose grandfather gave him a 72 year old Japanese hinomaru yosegaki for his 13th birthday. Lambiotte only recently became aware of the Obon organization's existence when watching a news segment about the Post's story. "After learning about the Society in the news, I came to the sudden realization that I was in possession of one of these Japanese WWII relics," Lambiotte reflected. Lambiotte is currently in the initial stages of contacting the Obon Society and returning the flag to the families of the deceased.

After researching the hinomaru yosegaki , Lambiotte believes it is his obligation to return the lost heirloom. He says, "I know the flag will would mean so much more to the Japanese family then it would ever mean to me. To them the flag is invaluable; I'm grateful to have the opportunity to return it." The hinomaru yosegaki are spread out across the world, but with help from the Obon Society, Japanese families can be reunited with these culturally and emotionally significant heirlooms.

Editor's Note: Headline was edited for clarity - "WII" should have been "WWII".