Yemen has become a new wild card in the Middle East

Of all the war-torn countries in the Middle East, Yemen is one that generally slips through the cracks of mainstream media coverage. That held true until this January, when the Yemeni government was ousted in a revolution by Houthi Muslim rebels, who are allegedly supported by Iran. But, contrary to what mainstream media coverage would imply, this revolution was not out of blue. Yemen has had issues with civil war and rebellion dating all the way back to the split between northern and southern Yemen in 1967. Here is a brief history of some major events that led Yemen to this tipping point. 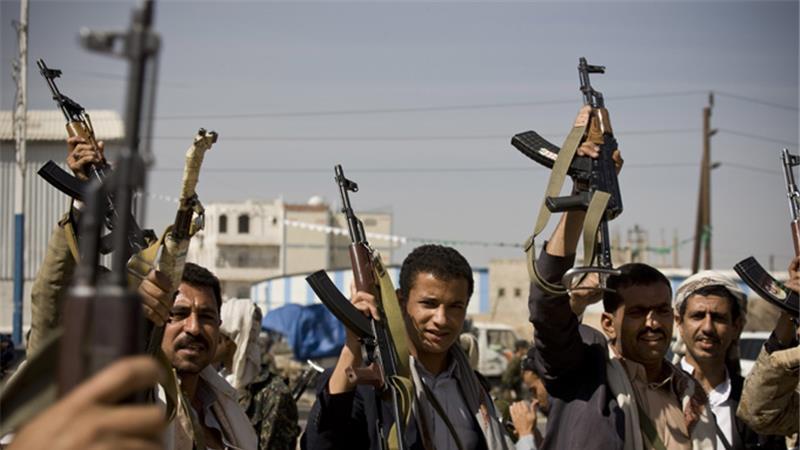 Photo: Houthi Rebels in the captured Yemeni capital of Sana'a.

Photo: Houthi Rebels in the captured Yemeni capital of Sana'a.

November 30, 1967: The communist People's Republic of South Yemen becomes independent from Great Britain.
1972: A peace deal to end a civil war between north and south Yemen is brokered by the Arab League. The treaty calls for unification of the two countries, which does not occur.

May 22, 1990: After long talks, the two Yemens are finally united into a single country. Sana'a (formerly part of northern Yemen) is named the capital, and northern Yemen president Saleh is named president of the unified Yemen.

1994: Civil war breaks out after tensions erupt between the northern-based government and southern secessionist rebels. The north wins decisively, and a new government without the leading southern party is formed, still headed by president Saleh.

1999: In the first presidential elections Saleh wins by a landslide because opposition candidates are not "approved" to run. The government is charged with inflating the vote count.

2001: President Saleh declares his support for the United States in the War on Terror and is rewarded with American aid money.

2004: The government begins to fight separatist Hussein al-Houthi, the founder of the Houthi movement.

2009: The government launches an attack on northern Shia rebels.

January 2011: Pro-democracy protests erupt in Sana'a as part of the Arab Spring.

November 2011: Saleh agrees to end his 23-year run as president, handing power over to his deputy, Abdrabbuh Hadi.

September 2014: Houthi rebels capture Sana'a but agree to a UN-brokered peace deal to remove their soldiers from cities once a new constitution is drafted and a new government is formed.

January 2015: Houthis reject the government-proposed constitution and clash with government troops in the capital.

February 2015: Houthis claim power and replace the parliament with their own council.

Yemen is in a key location on the Arabian peninsula, and its actions can have a major effect on the world around it. Luckily for the United States, the Houthis are against the presence of Al-Qaeda on the Arabian Peninsula. The United States needs to use this commonality between our governments to help continue the anti-terrorism efforts going on in the Arabian Peninsula. We also need to take advantage of more sympathetic Houthis. According to New York Times reporter Rod Nordland, many Houthis have downplayed their slogan that reads "Death to America" as "just a slogan." Comical as that sounds, it could be a sign that Houthis are willing to work with America to accomplish shared goals and create a stable government in Yemen. Working with, and not against, the Houthis could help our anti-terrorism efforts, and create another partner in the Middle East.