On Aug. 28, California lawmakers unanimously passed Senate Bill 967 or SB-967, a bill to help redefine the meaning of consent on college campuses. The bill, which is colloquially being called a "yes means yes" law, requires colleges to adopt affirmative consent into their policies about sexual assault. Though this bill is an important first step in redefining the way that consent is taught throughout the U.S., California governor Jerry Brown has yet to sign it or even comment on the issue. Brown has until the end of the month to sign the bill, and, seeing as reported sexual assaults at colleges have risen 79 percent in the past decade, he most definitely should. 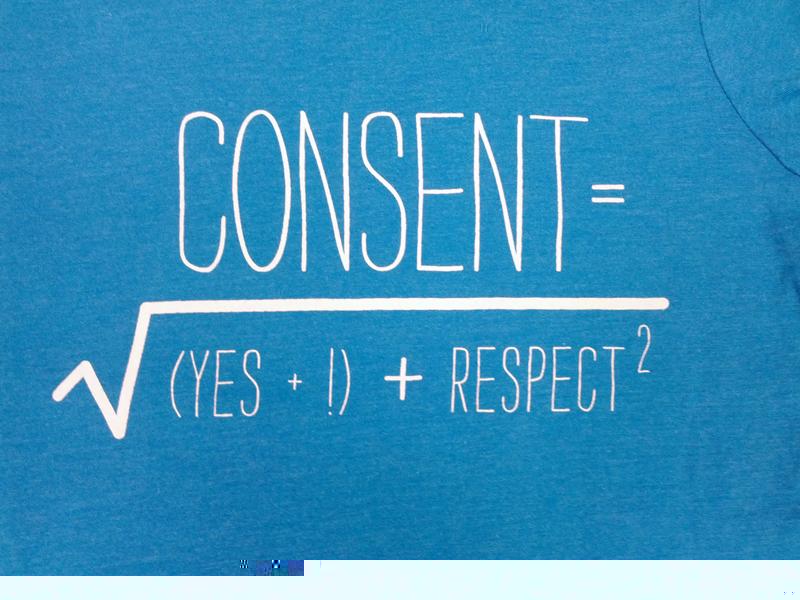 Photo: Enthusiastic consent is the only kind of consent.

Photo: Enthusiastic consent is the only kind of consent.

Senate Bill 967 is essentially a bill about changing language. It calls for all colleges and universities in California with students who receive financial aid to define consent as "an affirmative, conscious, and voluntary agreement to engage in sexual activity." It also says that affirmative consent can be revoked at any time and cannot be presumed if a previous romantic or sexual relationship existed between the two people or if one partner is intoxicated, unconscious, or silent. In doing, so it emphasizes the perpetrator's role in committing sexual assault, rather than blaming the victim for the assault. If passed, it would become the country's first affirmative consent law at a time when college campuses need it most.

Recently, colleges have been getting more scrutiny for their handling—or mishandling—of on-campus sexual assault cases. Right now 76 colleges are under a Title IX federal investigation concerning management of sexual assault reports. In July, the office of Senator Claire McCaskill (D-Mo.) released a survey that revealed staggering information about how colleges handle rape cases. Additionally, students at Columbia University have filed federal complaints against the school regarding its "systematic mishandling of assault claims and mistreatment of victims." One such student is Emma Sulkcowicz, whose senior thesis, "Carry That Weight," is a performance art piece that features her carrying the mattress upon which she was raped until the school expels her attacker or until he decides to leave. Sulkowicz began the piece after Columbia ruled her rapist "not responsible" in her assault and in those of two other girls.

Federal law mandates that all colleges and universities conduct an investigation into every sexual assault that is reported to them. However, McCaskill's survey of 440 higher-education institutions revealed that 21 percent of private colleges failed to comply, with some having as much as seven times more reports than investigations. It also revealed that 41 percent of the schools had not conducted a sexual assault investigation in five years. Each school must conduct an adjudication hearing to determine a student's guilt, but 33 percent of schools did not provide adjudication training to the people hearing claims. Frequently, as in Emma Sulkowicz's case, this lack of knowledge on the part of adjudicators led to victim blaming. 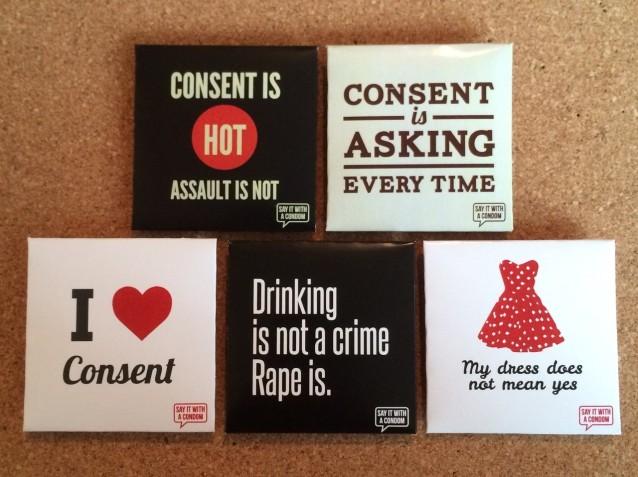 Photo: Consent advocates are finding new, innovative ways to get the word out about consent.

Photo: Consent advocates are finding new, innovative ways to get the word out about consent.

More important than the problem of sexual assault on college campuses is the fact that many young people do not understand consent. A survey done by Amnesty International UK found that 37 percent of respondents blamed a woman for her rape if she did not clearly say no. Also, a 2010 survey conducted by the Havens found that 33 percent of young men did not think that having sex with someone who said no was rape.

If signed, California's "yes means yes" law would kill both birds with one stone. It would put emphasis on the perpetrator, rather than the victim of the sexual assault. It would also make sure that both parties are responsible for confirming consent, rather than having the burden lie solely on one person, in most cases the woman.

The bill is not perfect. It will in no way guarantee an end to sexual assault on college campuses, or ensure that college officials rule fairly in sexual violence cases. In truth, we need more than a law defining consent to create considerable change in the amounts of sexual assaults occurring on college campuses. But it's absolutely essential for Brown to sign this bill into law because it is a critical first step, one that will open up a dialogue to raise awareness about what does and doesn't constitute rape.