"Bonjour classe," calls first-year Blair teacher Yolaine Siko to a large, chatty group of French 5 students. Siko's native language is French, but in fluent English she recounts her journey since college, which has taken her to three continents and exposed her to many different cultures. Over time, she has picked up five different languages—no surprise coming from someone with such a grasp for languages.

Siko's students are talkative, but they fit well into her classroom mold. "Sometimes it is a joyful French chaos," she says jokingly. On a more serious note, she acknowledges that her students often speak French to one another in class, which she encourages. "When they come in here, it's the French bubble," she says. "Everything's in French." 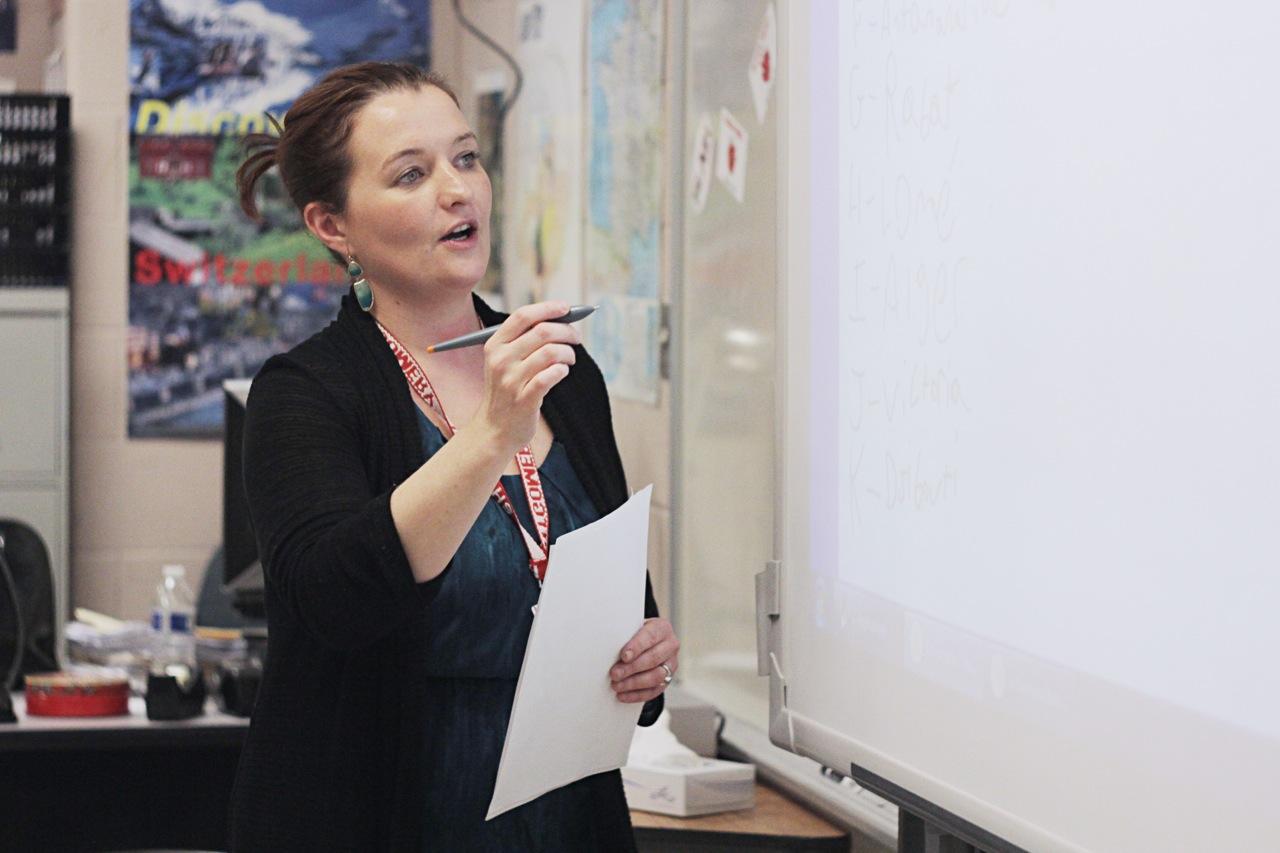 Siko admits that she feels more comfortable teaching her class entirely in French, the language she spoke during her childhood. Growing up in rural Brittany, France, she lived approximately 20 miles from a city, so she needed personalized transportation. "Because there were no [public] buses," she explains, "we all had motor scooters." Nevertheless, not even the motor scooters could cover the distance to school. "We had to take a [school] bus to school like here, but the bus would take about an hour and 15 minutes per trip. Spending two and a half hours on the bus everyday could be quite exhausting."

One common pastime for Siko in isolated Brittany was listening to the radio. This easy source of entertainment also helped to surface her knack for languages. "I was eight years old and I heard randomly on the radio somebody speaking English," Siko recalls vividly. "I didn't even know it was English at the time, but I still wanted to know what they were saying."

Siko's love of language and varied interests carried over to the University of Angers, where she studied linguistics, which included French literature and phonetics. While obtaining her Master's degree, she enrolled in a program that allowed her to work abroad for a year as a teacher assistant. "I wanted to experience what it's like being a teacher before committing myself," Siko says. She went to a town in Northern Ireland near Belfast, where she taught at two different places—a Protestant school for boys and a gender-integrated school—and confirmed her professional desire. "After the year in Ireland I knew I wanted to become a teacher." 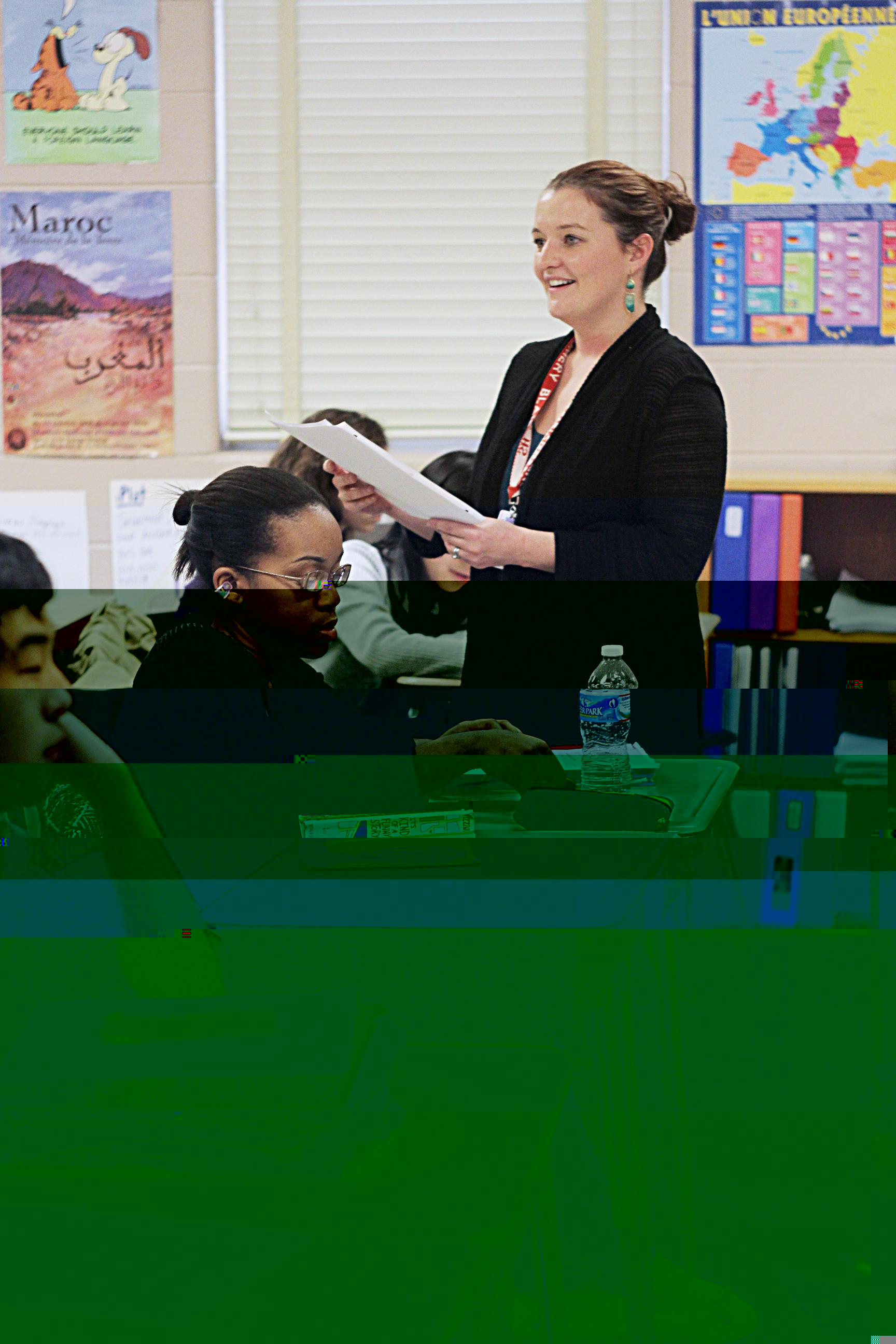 Photo: French 4 and 5 teacher Yolaine Siko has a strong appreciation for different cultures.

Photo: French 4 and 5 teacher Yolaine Siko has a strong appreciation for different cultures.

Upon her return to France, she found out that a friend had passed up an opportunity to teach in South Africa for six months. "They needed somebody ASAP to cover for her," Siko explains. "Two weeks later I packed my bags again and I went to South Africa."

During the six-month program, Siko interned at the French embassy in the city of Pretoria, where she met her future husband. Six months turned into three years before she said goodbye to South Africa for a while.

Siko followed her American husband to Washington, D.C., where she taught for two years at the Alliance Française (French Alliance), a non-profit organization that promotes France and its culture. For a while, she also taught fifth graders at Randle Highland in southeast D.C. There, thanks to sponsorship from the French embassy, she and other French teachers were able to send a student to France. "There was a little girl who was always sad and you could tell things were not going so well for her at home," Siko explains. "This was a child who had probably never gotten to go to any museum a few miles from where she lives. Well she got to go to Paris and Monaco."

"In a two-hour drive, we could experience the wildlife—lions and zebras and giraffes. All the time there was something."
-Siko

After her first stint in the U.S., she returned to South Africa for three more years. There, she followed her love for teaching by working at the College of Music in Cape Town. "It wasn't for the music," Siko says chuckling. "My part was to help [the students] phonetically with the French."

Siko looks back at her time in South Africa with her husband very fondly. "It felt like my home," she says. "I could experience all of the different aspects of the landscape. In a two-hour drive, we could experience the wildlife—lions and zebras and giraffes. All the time there was something."

Siko moved back to D.C. with her husband and began working again at the Alliance Française. After a year though, she decided she wanted to move to a full-time teaching position. As luck would have it, a spot at Blair opened up. "It was all very last-minute," she says. "In August, I was looking for a job…then next thing you know I had my letter of employment."

Siko is currently the only one in her immediate family living outside France, although one of her two sisters is looking to immigrate to Canada. She and her husband have two children: a three-year-old born in South Africa and a four-month old born in D.C. With little ones to look after, she notes, there is less time for hobbies. She has a blue belt in karate but is static in the advance to the black. She has also had less time for swimming. However, she aims to not let anything interfere with traveling, one of her greatest passions. "Once it's in your blood you have it," says Siko.

When visiting new countries, Siko always cherishes the distinctive cultures, whether the 11 official languages of South Africa or the efficiency of the U.S. One of her favorite vacations was to India for a wedding. "The lack of personal space was a little bit of shock," Siko admits. But, as she explains, that was also what made it so memorable. "There's a constant energy there, people everywhere. Things are lively and crazy. That was very exciting."

Having seen the world, Siko has a strong appreciation for different lifestyles, and teaches her class accordingly. "I want all students to participate and to talk about themselves," she says. "I want students to get a sense of openness to different cultures."