Televisions across America were blessed this summer with TLC's new reality show, "Here comes Honey Boo Boo." If you have not heard of this little wonder, then it's time to stop being so active and just be a couch potato for a minute...or thirty.

Alana Thompson, a child beauty pageant contestant on TLC's "Toddlers and Tiaras," a show that follows young girls as they compete in beauty pageants, had so much sass that her episode went viral and TLC decided to give her and her family their own reality show. Americans love tuning into this masterpiece so much that last week it beat out the Republican National Convention on Wednesday night with almost 3 million views. Still don't understand the hype? Allow us to break it down for you. 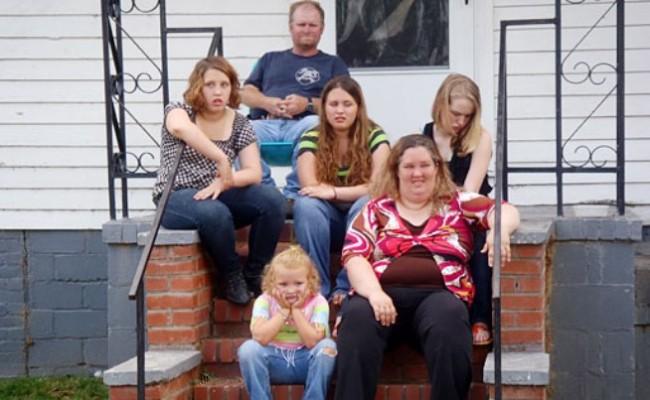 Photo: Alana Thompson and her intriguing family are not something that should be missed.

Photo: Alana Thompson and her intriguing family are not something that should be missed.

Seven-year-old Alana, otherwise known as "Honey Boo Boo," was featured in an episode of "Toddlers and Tiaras." Viewers fell in love with her sassy attitude and confidence. She can also pump out catchphrases faster than "The Jersey Shore" ("You better redneckognize!"). Also featured in the show was her "Mama" June, who was extremely enthusiastic about pageants and encouraged her daughter to literally rub her belly in front of the judges. One of the more memorable scenes from Alana's appearance on "Toddlers and Tiaras" was when her mom fixed her a special concoction called "Go-Go juice," which contains Mountain Dew and Red Bull, to get her hyped up for pageants.

Alana's family has so many odd quirks that it's hard not to be intrigued. They adopted a male pig and named it Glitzy. They went to the Redneck Olympics and belly flopped into mud. The father goes by the nickname Sugar Bear. The mother would qualify as an extreme couponer. The oldest daughter is 18 years old and just gave birth to a child with two thumbs on one hand.

Not everyone can understand the appeal of this show. Many people are disgusted and say that her behavior should not be encouraged, the mother should be arrested and that the child is intolerable. To be fair, some questionable events have occurred, like Alana's consumption of the "Go-Go juice." And, being in a child beauty pageant is an abomination in and of itself. But people look at this family and see that they are from rural Georgia, they talk with a thick southern accent, they ride tractors for fun and they don't buy organic produce at Whole Foods. People think that they are above this family. They laugh when Alana says she loves her pudgy body, because it's a terrible idea to enforce positive body image into the minds of children. This family shows people actually being confident with themselves, and not because of the amounts of money they own or the pounds of makeup they have on.

We can't judge someone else just because they don't have enough showers and wash their hair in the sink (yes, this happened). They enjoy spending time together as a family, they support each other and they know how to laugh at their own imperfections (like "Mama" getting stuck in an inner tube). Most of all, they don't care about what people think of them, which is what makes this show golden. TLC stands for "The Learning Channel," (that's a whole other can of worms) and maybe we can actually learn something from this seven-year-old sass queen.