You too will want U2

After a five-year hiatus, U2 fans are anxious to see what genius these recent Rock and Roll Hall-of-Famers cook up next. Unfortunately, after 11 albums of Bono's impassioned vocals and the signature timbre of The Edge's guitar, "No Line On The Horizion" doesn't match up to the anthemic prowess the band established in the mid-1980s. But who can resist Bono's voice and The Edge's awesome guitar playing? "No Line" may not be U2's best album, but considering much of the bile that is produced by the music industry these days, it's absolutely supreme. 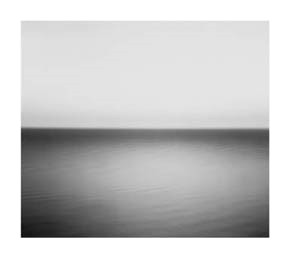 Bearing the same name as the album, the first track is a fantastic kick-off, a beautiful composition penned with lyrics both philosophical and sensual: "One day she's still, the next she swells/ You can hear the universe in her sea shells." What's amazing about this song is how perfectly the music and lyrics fit together; the sea metaphor is twice as powerful with the matching "swells" and falls of the melody - proof again that U2 is deserving of its position as a veteran among rookies. The second track, "Magnificent," fills the listener with a similarly epic and resonating tone, recalling that of "Pride" from their fourth album, "The Unforgettable Fire," but these initial tracks are followed by a couple of less-than-stellar songs.

"Moment of Surrender," clocking in at a whopping 7:24, would be a decent song if it wasn't so long. The slow and simple tempo and raw and emotive lyrics - "I tied myself with wire/ To let the horses roam free/ Playing with the fire/ Until the fire played with me" - become rather repetitive and overly morose toward the end of the song. "I'll Go Crazy If I Don't Go Crazy Tonight" is forgettable and misleading; with a title like that, is it wrong to expect Bono to go crazy in the song as well?

The album starts to pick back up with "Get On Your Boots." This fun single, driven by a fast beat and catchy power chords, is simply a celebration of happiness and life: "Here's what you gotta be/ Love and community/ Laughter is eternity if the joy is real." It doesn't pretend to be anything otherwise, making it probably one of the best songs of this album.

"Fez - Being Born" is perhaps the most eclectic song on this album. Although oddly composed, beginning with a series of unrelated sounds before going into a soaring main melody, the song is saved by its creatively fragmented and cryptic lyrics. Musically, it is unconventional, but considering the liberated tone of the song as a whole, every element works.

The album closes out with two brilliant narratives. Power chords reappear in "Breathe," which features great guitar work and a nice, carefree sound. Bono croons a thoughtful message, inspiring us to continue living life to its fullest no matter the obstacles and pain: "Walk out into the street/ Sing your heart out/ The people we meet/ Will not be drowned out." "Cedars of Lebanon," a poetic musing on the apparent wretchedness of life set to a soft yet intricate beat, leaves the listener with a pensive feeling that remains even after the song comes to a close.

The only concern with "No Lines" is its lack of cohesiveness - it's hard to believe that "Get On Your Boots" and "Cedars of Lebanon" are on the same album. At the same time, the variety of sounds and moods this album boasts can be looked as a positive, rarely boring the listener. If there's one thing U2 should be praised for, it's their unsurpassed versatility and their constant ability to successfully experiment with various tones and instruments.