Chris Brown makes a splash with his self-titled debut

Comparisons can often be tough to live up to, especially when a young artist is being compared to the king of a genre. Sixteen-year-old Chris Brown has been deemed the next Usher, sometimes to the awe and surprise of fans. But if Usher is indeed the Michael Jordan of R&B, then Chris Brown is most definitely the LeBron James.

Brown, the young soulster from Virginia who burst on the scene with his club hit "Run It," featuring Juelz Santana, proclaims his presence with his self-titled debut album. Despite his age, Brown displays maturity and versatility on his first album, which contains 15 tracks of respectable material. 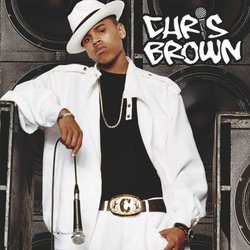 In large part, Brown's maturity makes up for his age, as his lyrics are universal and applicable to even the oldest of audiences. The rookie's smooth voice booms through the speakers with the confidence of a seasoned veteran.

"Run It" starts off the album with a bang, introducing the listener to Brown's smooth vocals and enthusiasm. The song, produced by super-producer Scott Storch, who has made beats for artists like Tupac, Beyoncé and Dr. Dre, also features a deep bass and head-bobbing drum programming perfect for partying. Santana provides a heavy hip-hop feel that contrasts with Brown's boyish voice to make "Run It" both a crossover hit and the best track on the album.

Brown slows down for "Yo (Excuse Me Miss)" and "Young Love," on which he describes talking to a girl for the first time and his frustrations for not being taken seriously due to his age. "Since we ain't twenty-one, they be trying to say it ain't love/ 'Cuz we can't hit the clubs, they be trying to say we too young," croons Brown on "Young Love." The tracks exemplify Brown's ability to both carry a verse and create a catchy, memorable hook.

The sixteen-year-old sweet-talker hooks back up with Storch for "Gimme That," turning up the heat by trying to entice an older girl with edgy vocals. The body-thumping track is spliced with orchestral harmony and is sure to make any listener bust a move.

Brown's best slow jam is "Ya Man Ain't Me," a song dedicated to a girl who should be his. He even makes an almost laughable reference to the girl's current boyfriend, who is apparently too lazy to get his driver's license, singing "He ain't fly/ He don't even drive/ 'Cuz when you wanna sneak out in the middle of the night/ Baby, I'm your guy."

Throughout the album, Brown is the beneficiary of top-notch production. The intricate and hooky beats that accompany his vocals on tracks like "Ain't No Way (You Won't Love Me)" and "Winner" aid listeners in adapting easily to his vocals.

"Poppin'" exemplifies Brown's versatility, as he lays his easy voice slowly across a beat that sounds like it's been "screwed and chopped." His ability to mold his sound to varying styles will prove to be an important virtue for Brown in the future.

Despite his common comparison to Usher, a few of Brown's songs sound disappointingly like those of other artists. "Say Goodbye" is eerily similar to Jagged Edge's "Goodbye" and the bass line for "Just Fine" sounds like a rough cut of "Leave (Get Out)" by pop-princess Jojo.

Brown teams up with Jermaine Dupri and Bow Wow for the "Run It" Remix, which has easily the nicest beat on the album. The hair-raising techno-like blips and unorthodox drum programming combined with a sample from Rev Run of RUN-D.M.C. make the remix a fresh yet equally pleasing version of the club banger. Unfortunately, Bow Wow's performance is annoying; he ruins the song with his superficial rhymes and fledgling attempts at thug appeal. A veteran rapper like Big Boi or Fat Joe would have better complemented the track's hot beat.

But still, Brown's concise yet solid mix of slow jams and dance grooves is stellar for a debut album, and his vocals are both impressive and astounding for an artist who can't even get into an R-rated movie. Although Brown's puppy-love tracks may be targeted at adolescent females, the quality and maturity displayed throughout the album make it enjoyable for listeners of all ages and sexes.

It's official, R&B fans; Chris Brown has arrived, and he is here to stay. So look out Usher, there's a new kid on the block.