Your holiday is not complete without 'Star Wars: The Force Awakens'

The Star Wars franchise was handed over to Disney in 2012, which announced that a third trilogy would be made. The hype surrounding the return of the cult classic was monumental, but director J.J. Abrams did not disappoint fans' high expectations. Although not the most unique film of the franchise, drawing frequently from the original six, Abrams created a visual masterpiece with the sound effects to draw a viewer back to that galaxy far, far away.

The movie seems completely different from any other Star Wars film. The two main characters are an African-American man and a woman, and the pacing of the film was very different from the original six movies. It isn't until Rey and Finn find the Millenium Falcon and are hunted down by a much slower Han Solo (Harrison Ford) and Chewbacca (Peter Mayhew) that the movie shows similarities. A beam drawing the Falcon into a larger carrier, an infiltration into the First Order's base/planet with aerial help and a deadly scene on a catwalk in the base make for a nostalgic return.

What captures the essence of the Star Wars movies most, is the return of classic sound effects. Although they are cheesy, the scream of the First Order's TIE fighters, Chewbacca's roars and the various droid noises--although borrowed from the first two trilogies--have been amped up with the help of modern technology. Of course, the buzzing of the lightsabers send jitters through every Star Wars fan, as the most revered weapon in the history of movies is unsheathed. The visual effects were absolutely phenomenal. The destruction of an entire star system by an ultimate killing weapon, the fall of a thousand-year-old city by Kylo Ren's forces and one of the best air battles ever put on screen only enhance what Abrams did as director. 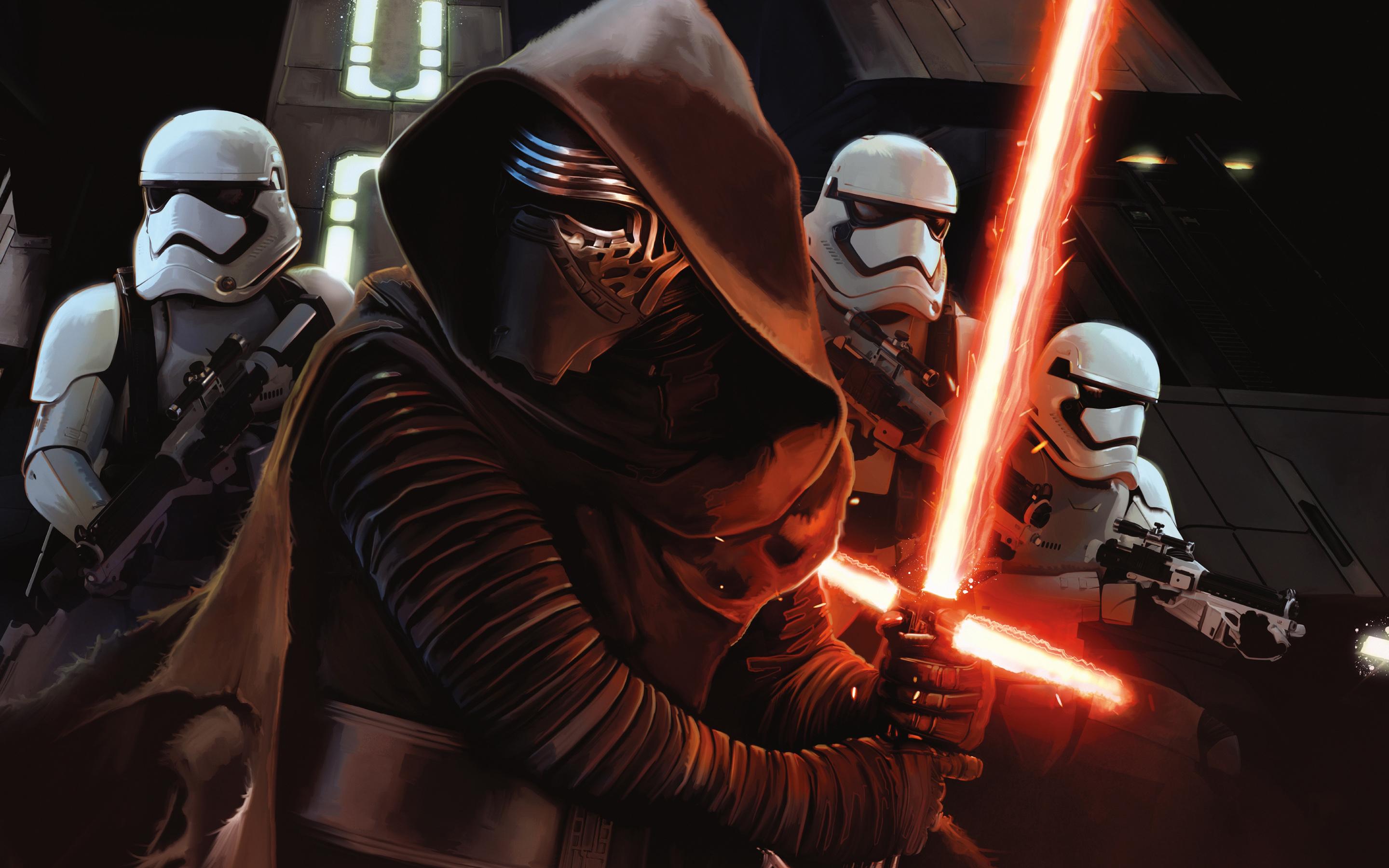 Photo: The new Star Wars draws from the previous films, but adds its own twist as well.

Photo: The new Star Wars draws from the previous films, but adds its own twist as well.

Most of the actors are lesser known. But they all portray their characters excellently. Finn was a stormtrooper who knew that the First Order was doing wrong, so he decides to help the Resistance and becomes attached to Rey. Boyega does a terrific job as a confused stormtrooper who wants to do good. Ridley plays an independent girl who was deserted by her parents at a young age. Ridley is able to prove that Rey is a fantastic girl discovering her capabilities. After stumbling upon the droid we discover her abilities in ship building and that she has some attachment to the Jedi lightsaber found on one of the planets they visit. Those younger characters had heard of these legendary characters Luke, Leia and Han, but they were like myths to them. It was evident in the film that the young actors felt the same way the viewers did when they laid eyes on the likes of Han. Rey knew he was a legendary pilot, Finn knew he had helped defeat the Empire and seeing him step back into his Millennium Falcon, the crowd sat in awe, glad to see his character again. Adam Driver as Kylo Ren appears ruthless and murderous, but Driver is able to portray Ren's controversial past tears that him between what is right and what is wrong. The three older characters are more like larger-than-life figures, and rarely does the action revolve around them.

If you're a Star Wars fan, you've probably already seen the movie, as it made some $57 million on opening night. But even if you've never seen a "Star Wars" movie, see it anyway. It draws from many of the classic George Lucas plot points, but Abrams' effects and modern twist have only made viewers wonder: 'When can I see the next one?' After seeing the movie a few more times, Star Wars fans will impatiently await May 26th, 2017 for Episode VIII.